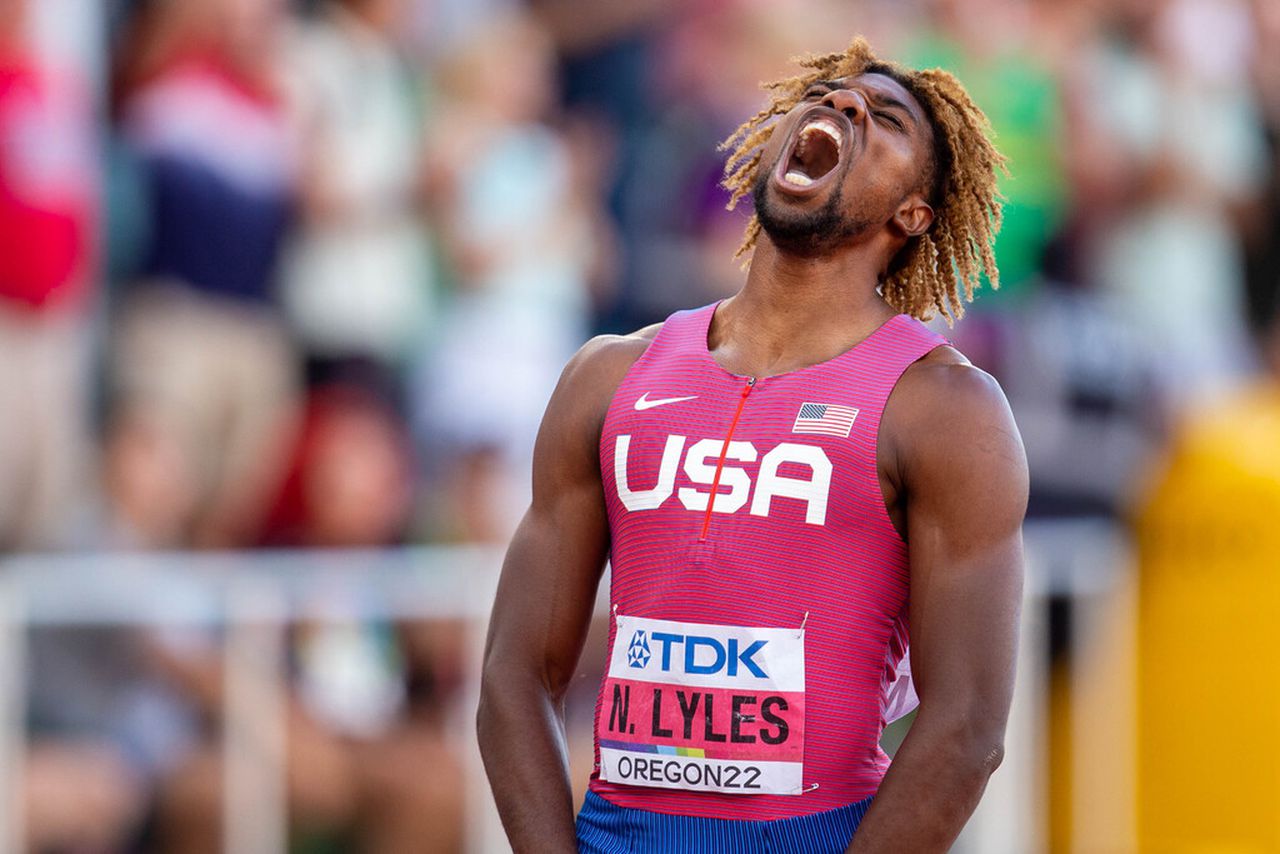 Noah Lyles crushed the men’s 200-meter to snap Michael Johnson’s national record Thursday night at the World Athletics Championships in Eugene. Breaking that record also means he is now the fastest man in United States history in the 200 meter dash.

Lyles’s Team USA teammates, Kenny Bednarek and Erriyon Knighton, took silver and bronze in the race, respectively. Bednarek finished with a time of 19.77 and Knighton was timed at 19.80.

It was an emphatic finish for Team USA on its home turf at Oregon22. The reaction to Lyles’ record-setting performance poured in from around the sports world on social media congratulating him on the historic feat:

Noah Lyles in absolute blowout. He ran 19.31 seconds, which broke the the American record of Michael Johnson has held since the 1996 Olympics. Wow.

Now… this is the same Noah Lyles y’all said don’t need to be on the 4×1. And that’s crazy.

Noah Lyles wins his second straight world 200m title in 19.31 and in the process breaks Michael Johnson’s 26-year-old American record of 19.32 — set one year before Lyles was born.

In track and field, Noah Lyles is on LeBron, Steph, Giannis, and KD’s level of dominance!! @LylesNoah

Note to readers: if you purchase something through one of our affiliate links we may earn a commission.