What started as a hobby is now turning into a lucrative business opportunity. By leaning on the growing internet access across the continent, these comics are creating characters and skits on TikTok, Instagram, and Twitter that can be sold to brands.

Koye Kekere-Ekun is a Nigerian actor and comedian famous for his dry humor.

Growing up in Lagos, Nigeria’s commercial center, Koye Kekere-Ekun wanted to be a footballer.

Kekere-Ekun, 34, eventually put his dream on pause to toe the family line and become a lawyer. While working at a law firm in 2013, he acted on a random idea that changed everything.

“I just posted a video of myself imitating this Indian Canadian comedian, Russell Peters … And at the time, I guess my followers responded to it – they liked it,” he said.

Now with more than 100,000 followers across Twitter and Instagram, his videos, usually laced with dry humor, sometimes go viral.

The comic says he gets paid to create video content on Twitter and Instagram by working with brands to incorporate a product or service in his comedy. When he once asked his followers what they thought of his “K10” brand, “someone just replied and said ‘Humor, sense, nonsense.’ And I thought that captured it perfectly – because you might think I’m saying absolute crap, but there’s always some sense in it,” Kekere-Ekun said.

In 2017, he was invited to make a couple of skits for RED TV, a Lagos-based lifestyle channel. The company liked his content so much that they offered him his own TV show, “Inspector K.”

In just a few years, he went from the set of “Inspector K” to featuring in multiple Nigerian films including “Namaste Wahala,” “Three Thieves,” and “The Royal Hibiscus Hotel.”

Even with that success, Kekere-Ekun says he is constantly working to expand his brand.

“I am not afraid to try new things,” he said. “I tried acting and I am enjoying it now … in the next five years, I want to create a lot more content that I have written and produced.” 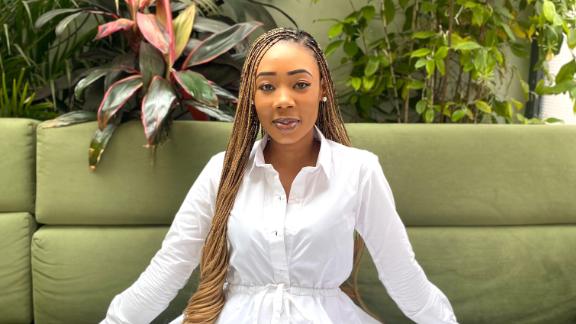 You’ll most likely catch Ope Keshinro in the studio, anchoring her lifestyle radio show, but in 2020, at the start of the Covid-19 pandemic, the forced period of lockdown in Nigeria pushed the radio presenter to try something new.

“There was a video trending on Twitter at the time. It was in Yoruba [a West African dialect]. And then I saw people making their own versions of the video. I thought to myself ‘this is easy.’ I downloaded TikTok, picked up the audio, acted it out, and posted it,” she explained.

After a couple of hours, Keshinro realized her version of the video had gained traction, with many of her followers resharing and posting it.

From there, the 29-year-old began lip-syncing to funny audio and video clips on TikTok. The most popular character in Keshinro’s videos is “Mohmiee,” a Nigerian pastor known for her elaborate miracles.

Like Kekere-Ekun, brands pay her to advertise their products through her TikTok videos. But being a content creator is not without difficulties. “The most challenging part would be consistency … I always worry about people getting bored. I am constantly thinking of what to do to keep my content fresh,” she said.

Despite her concerns, the comic says the positive comments on her social media pages are encouraging.

“People motivate me, to be honest. I have people posting in my comments and I have not come across negative comments,” she said. “Sometimes when I don’t post videos, I have people reminding me that I should post because they love my videos.”

In the next couple of years, Keshinro says she has dreams of making it in Nigeria’s movie industry: “I want to be the most sought-after actress, a radio presenter and content creator, all in one.” 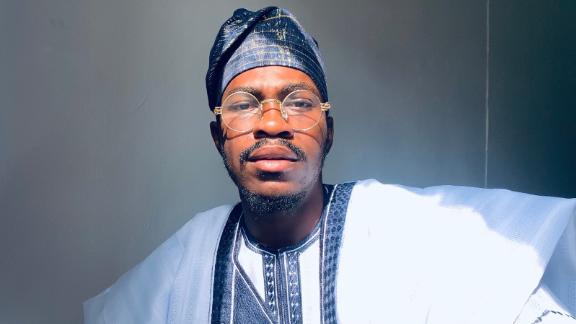 Tobi Olubiyi is famous for his “Agba” character in his comedy skits.

Growing up, Tobi Olubiyi wanted to be many things: a drummer, a lawyer, a scientist.

He eventually ended up studying adult education instead.

While at the University of Ibadan, in southwest Nigeria, Olubiyi experimented with music and dance. But it was a tongue twister on social media that introduced him to the world of content creation.

“A friend of mine, she put out a tweet, this tongue twister: ‘How do you know her eyes are hazel?’ She said we should record a five-second video of us saying that,” he explained.

Olubiyi responded with a skit in the Yoruba language (spoken in west Africa), using the phrase as a starting point. The video had more than 1,000 shares, with comments from people asking him to make similar videos.

From there, his most popular skit character “Agba” was born – a Yoruba man who is famous for bragging about having multiple girlfriends.

“Agba is a socialite, he is a rich and affluent person … when I started creating content, I was focused on Agba. But now I have multiple characters that I play in my skits,” Olubiyi told CNN.

According to Olubiyi, one of his strategies for getting shares on social media is creating videos that mention or make fun of some of Nigeria’s biggest celebrities. By doing this, the celebrities – usually musicians, including Simi and Adekunle Gold, and Mayorkun – share his content for their audience to see.

Olubiyi is also capitalizing on his videos by working with brands. He says his big breakthrough came in 2020 when he was approached by Guinness Nigeria to become one of its brand ambassadors.

Today, the comic says making people laugh is more than just a hobby.

“What I really love about my videos is the fact that people have reached out to me. They’ve said things like … ‘I saw your video and it just made me happy.’ That’s fulfilling to me,” he said. “I derive fulfillment from making other people laugh and smile and taking them out of tough times.”