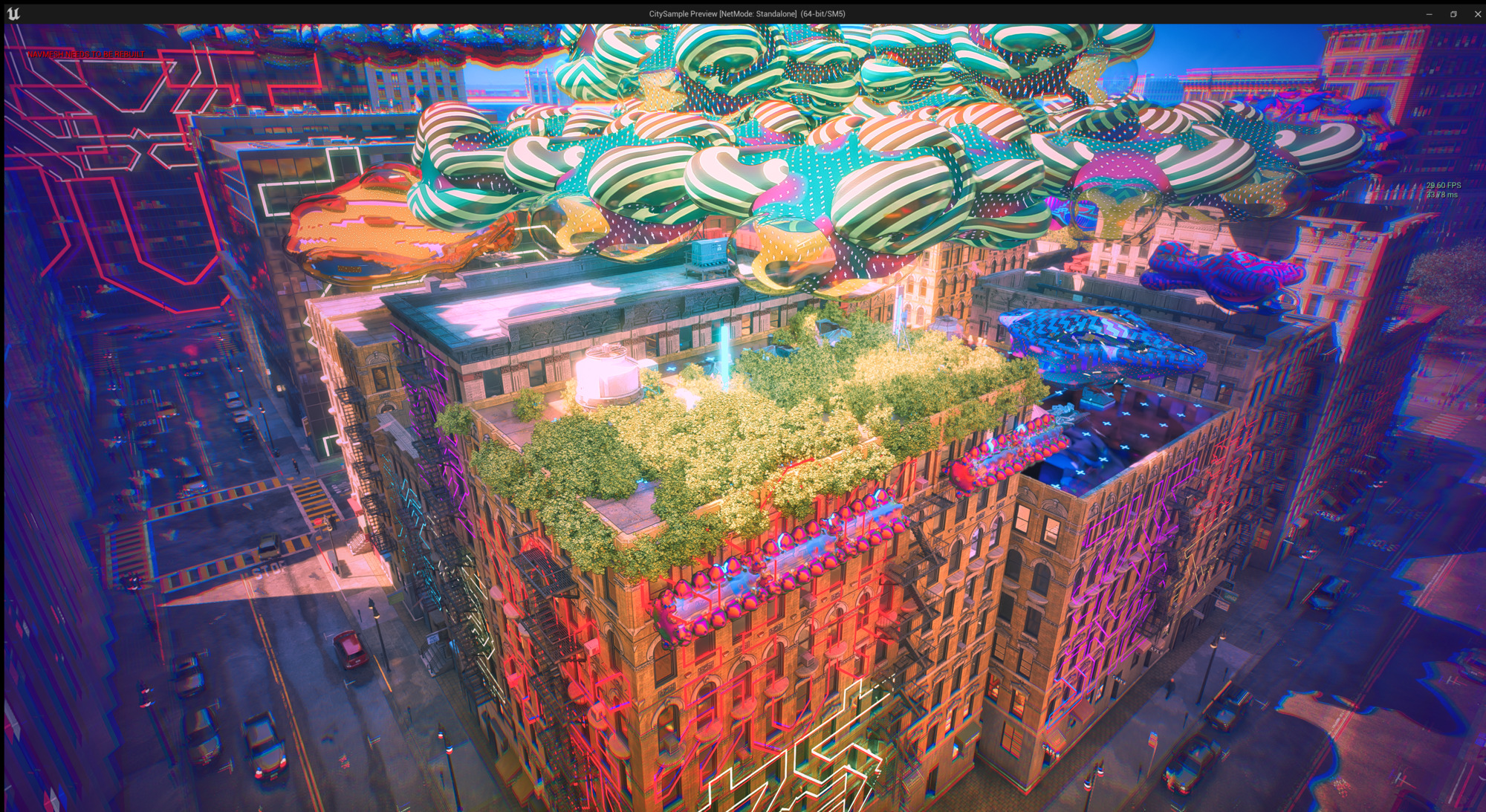 Today, architects and designers are increasingly aware of the responsibility they have in leading the construction of the virtual environment. But how is it designed? How is it built? What is the degree of experimentation that exists?

‘Discovery: a story about rooftops, airships, robots, and inflatables’ is a recently opened exhibition at the SCI-Arc gallery that addresses just this theme. Designed by Damjan Jovanovic and Lidija Kljakovic, founders of lifeforms.io – a video game creation studio based in Los Angeles, California – it presents an exploration of the creation of worlds, artificial intelligence, and ecology.

The exhibition is based on an ecological video game and simulation of a near future for downtown Los Angeles. It stems from observations of an emerging urban rooftop culture, with new gardens and alternative lifestyles, that originated during the confinements of the Covid-19 pandemic.

The exhibition narrative also tells the story of “The Airborne Collective,” a group of hackers who seek to create a thriving rooftop ecosystem and unleash optimism in the face of the looming ecological threat.

On the 18th of November at 18:00 hours (UTC -8) there will be a conversation between Damjan Jovanovic and John Cooper as part of the Discovery exhibition. You can watch this live stream on Vimeo. The installation will eventually run until the 18th of December, 2022.