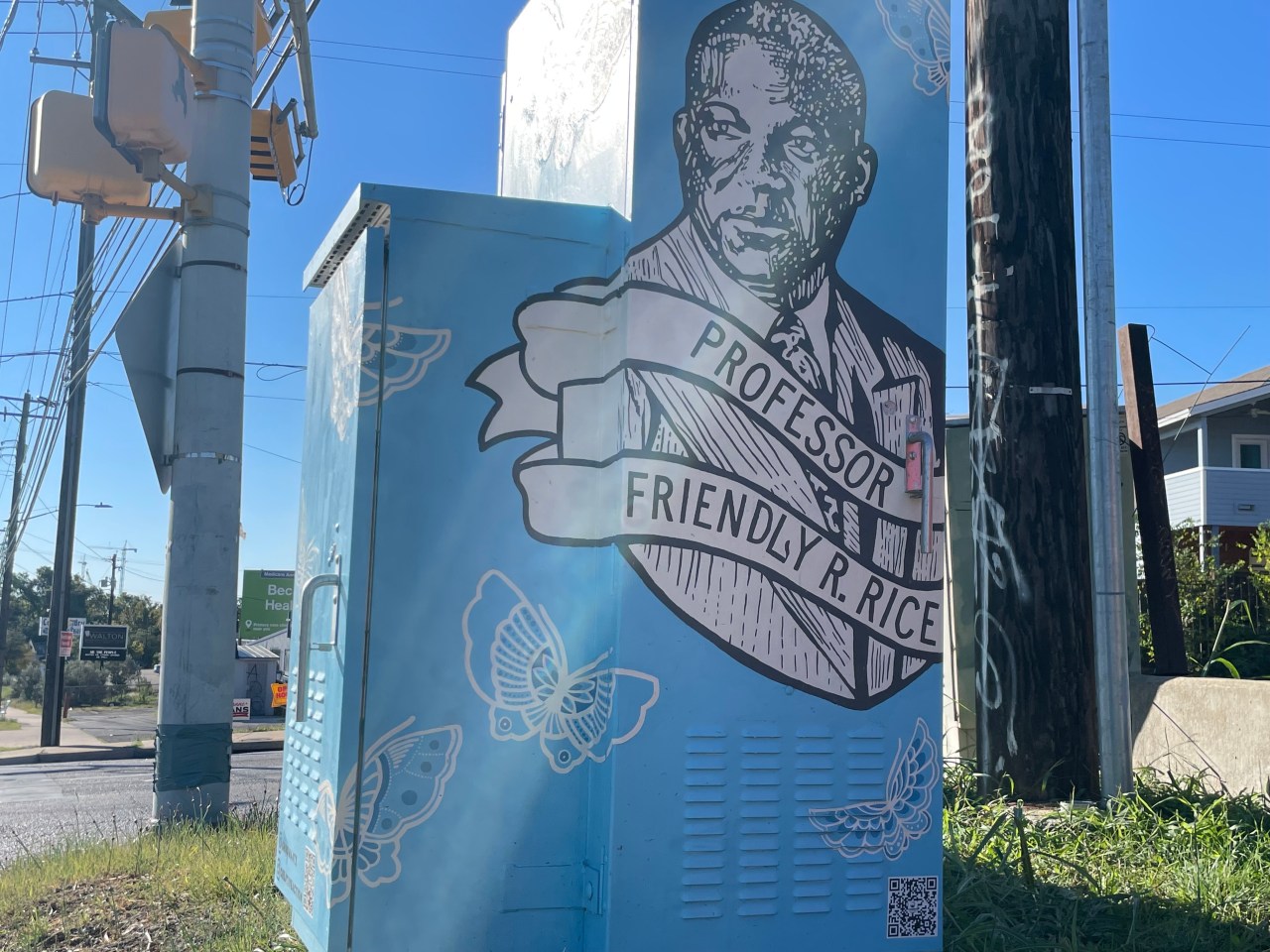 Friendly Rice first moved to Austin in 1931 to serve as an assistant principal at then-Gregory Elementary School, later renamed Blackshear Elementary School in 1936. His move to Austin came just three years after the City passed its 1928 Master Plan, a land code that promoted racist, pro-segregation practices through the creation of a “negro district.”

POPULAR NOW: Report shows 1 in 5 Texas voters will identify as LGBTQ by 2040

Rice became a supervising principal at Blackshear a few years after arriving, serving in that role until he retired in 1972. During his tenure, he helped create one of the first school libraries at an African American school in the southwest, established a hot lunch program for students at schools within the district and instituted an outdoor garden at Blackshear, per city documents.

These latest installations are part of the Austin Transportation Department’s artbox program, an initiative that re-envisions traffic signal boxes as art pieces that reflect the cultural experiences of the neighborhoods they’re located in. The program first launched in 2020 and has since expanded to 27 completed artboxes, with a projected 20 to 30 more on deck within the next two years.

“A lot of the neighborhoods have changed,” said Sandra Campbell, project coordinator with ATD’s Smart Mobility Office. “And oftentimes, you might see a lot of new people in neighborhoods, but [the artboxes] show the history of how the neighborhood is formed.”

The program reaches out to community members and partnering art organizations to find the neighborhood’s interests and gauge any leaders or historians who might make good subjects.

“In the case of Friendly Rice, the art partners, Creative Action, they went out and actually spoke to the community and the historians and a couple of community leaders, and they found out that their interest was in Friendly Rice,” she said. “And so that was now their topic that was chosen for these latest artworks.”