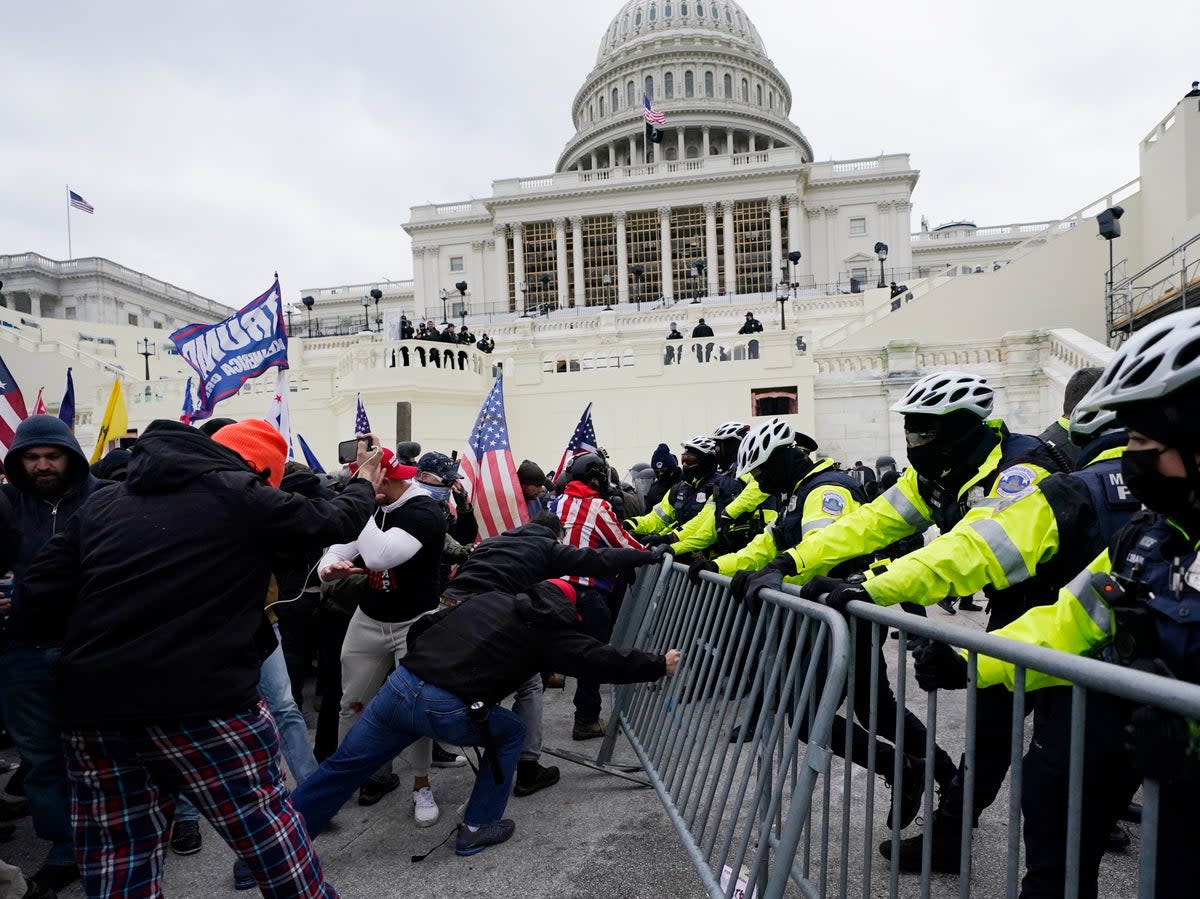 A Missouri man who participated in the January 6 insurrection is in the custody of federal authorities after the pistol he lost on the Capitol steps led FBI agents directly to him.

According to court documents, the Bureau of Alcohol, Tobacco and Firearms and FBI agents traced a semiautomatic pistol which DC Metropolitan Police officers found on the ground during a clash with the pro-Trump mob that day to Jarod Bargar, a Centralia, Missouri, resident who previously told agents that he was in Washington on 6 January 2021 — the day of the riot — but said he did not enter the Capitol.

In an interview on 13 July of last year, Mr Bargar told agents that “he and his friend were near the front of a group of protesters in front of the Capitol building when the police began to spray tear gas and to deploy other munitions into the crowd”.

Mr Bargar also told FBI agents that he was the owner of the pistol, which he carried because he “wanted to be armed when he went to the ‘belly of the beast’ for his own ‘self-protection’”.

Additionally, FBI agents discovered social media posts which showed Mr Bargar was at the Capitol on the day of the riot. DC police detectives later matched a DNA sample taken from him with genetic material recovered from the pistol’s magazine.

Supporters of Mr Trump and other Republicans who have wished to downplay the seriousness of the attack on the Capitol — the worst such attack since British troops under Major General Robert Ross set it ablaze during the War of 1812 — by claiming that the attack was not an “armed insurrection”.

Audio recordings of police radio traffic released by the House January 6 select committee have since revealed that law enforcement authorities were aware of numerous instances of firearms being carried by members of the pro-Trump mob that day.