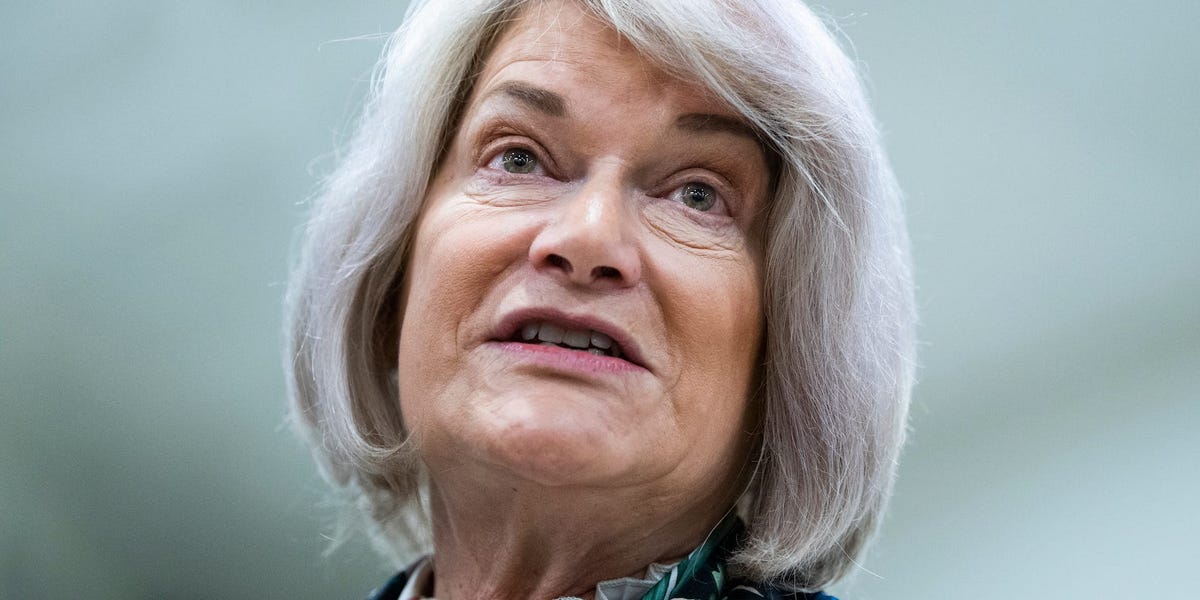 Sen. Cynthia Lummis is known on Capitol Hill as the “Crypto Queen.”

The Republican from Wyoming has earned a reputation as a cryptocurrency educator in Congress, demystifying and advocating for the technology among her older colleagues.

She’s a self-described HODLer, crypto-speak for someone who invests in bitcoin as a way to get in before it takes over larger swaths of the financial system. In June, she introduced a bill, alongside Democratic Sen. Kirsten Gillibrand, to some of the first federal guardrails for the growing and largely unregulated world of decentralized finance.

“There are groups who want no regulation. There are other groups that want to completely ban digital assets,” a spokesperson for Sen. Lummis told Insider. “We need to meet somewhere in the middle to make sure that bad actors are not taking advantage of the lack of regulatory clarity, but also that innovators can continue to develop new technologies that make our world better.”

From Wyoming to Washington

Sen. Lummis (pronounced as though it rhymes with “hummus,”) served as the state treasurer in her home state of Wyoming from 1999 to 2007 before winning the Wyoming seat in the US House. She served as vice chair of former President Donald Trump’s presidential transition team after he won the 2016 presidential election.

In 2020, Sen. Lummis, 66, became the first woman to be elected senator from the state of Wyoming. That same year, she also became the Senate’s first crypto owner.

Lummis bought bitcoin in 2013, and she reported in October 2021 that it amounted to somewhere between $50,000 and $100,000. She told Protocol last week, however, that she put her bitcoin holdings in a blind trust after receiving blowback for owning the digital assets.

But her passion for the technology — and eagerness to learn — puts her leagues ahead of many of her colleagues.

“I’m catching up, and I need to help my colleagues in Congress to catch up,” Sen. Lummis told Reason in October 2021.

So what would the bill do?

A key component of the Responsible Financial Innovation Act is how to classify digital assets (commodities or securities) and which agency should regulate them.

It’s a question that’s long plagued the industry. Many companies have long scowled at the idea of the Securities and Exchange Commission overseeing digital assets, with many preferring the Commodity Future Trading Commission’s oversight instead.

“Digital assets that meet the definition of a commodity, such as bitcoin and ether, which comprise more than half of digital asset market capitalization, will be regulated by the CFTC,” reads the bill.

However, Sen. Lummis has said the SEC will still play a key role to warn consumers of smaller cryptocurrencies that could be scams.

“These are assets that need disclosure, where the public needs consumer protection because some of these are just fraudulent,” she told Protocol.

Is she the best person to write the bill?

Some are skeptical about Sen. Lummis’ unabashed pro-crypto fervor, given her influence in Congress and fanfare in the industry.

It “calls into question whether she is approaching this bill from the perspective of wanting what is best for society as opposed to wanting what will benefit an industry that she is closely tied to and directly invested in,” Dylan Hedtler Gaudette — government affairs manager at the Project on Government Oversight — told Insider. “It’s a classic conflict of interest, plain and simple.”

But on the other hand, some believe her enthusiasm is an asset in policymaking.

“Senator Lummis’ interest in crypto reflects the position of many in the industry, and it’s important that all parties be represented in the regulatory conversation as it unfolds,” Kenneth Goodwin — director of regulatory and institutional affairs at the Blockchain Intelligence Group — told Insider. “That being said, the bill is substantial in its stance on how to designate crypto assets and enforce breaches accordingly.”

As for the nickname bestowed upon her, the “Crypto Queen” of Congress, Sen. Lummis is all for it.

“It makes her laugh,” a spokesperson for the senator told Insider. “This community is so passionate.”