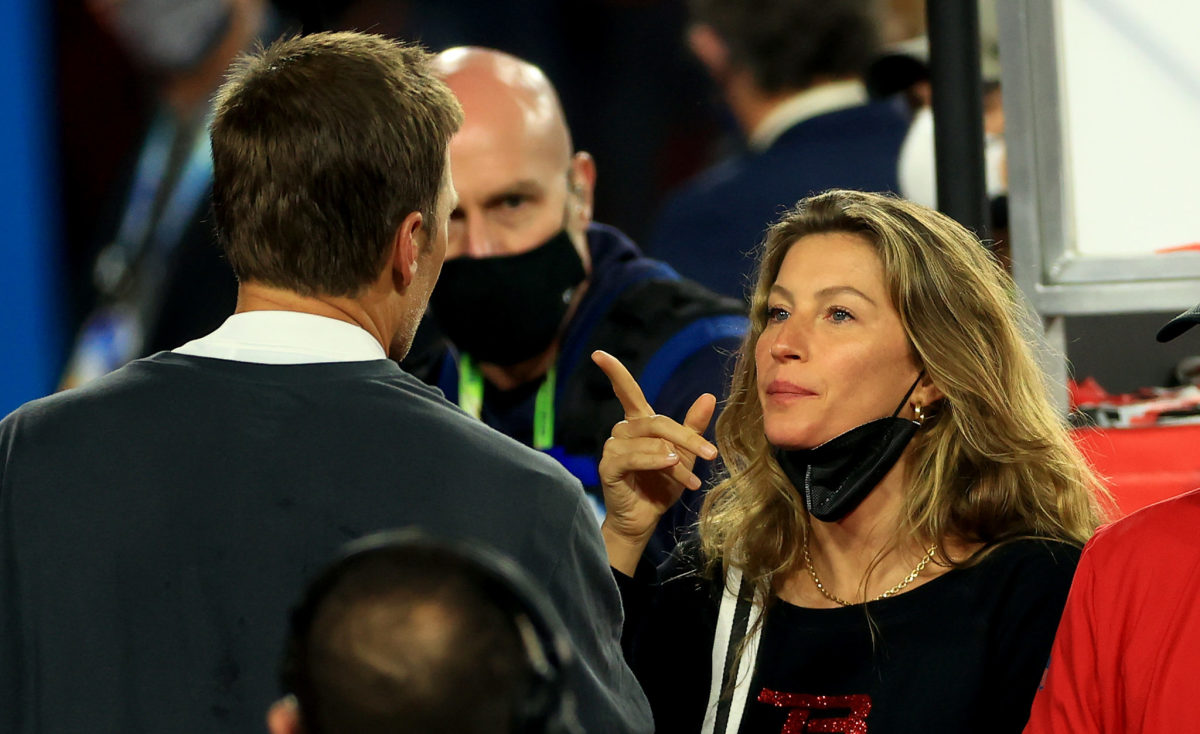 Gisele Bundchen has been fairly inactive on social media in recent weeks, amid reports of friction with her longtime husband, Tom Brady.

However, the legendary supermodel broke her Instagram silence on Sunday afternoon with an interesting photo choice.

PEOPLE reports that Gisele posted a birthday message for her sister, using a photo of herself from her wedding to Tom Brady. Gisele and Brady were married in 2009.

“Happy birthday to a true angel on earth! I love you so much sis!” the message, translated from Portuguese, said.

The photo shows Bündchen’s sister Graziela in blue, giving the Brazilian supermodel, 42, a hug as Gisele pulls a funny face with a leg kicked up. Gisele used Instagram stickers to make it look like she is holding a birthday cake and added animated hearts to the photo.

It remains to be seen if Gisele will be in attendance at Sunday night’s game in Dallas.

Brady and Gisele have been married over a decade. They’ve both spoken about the difficulties of Brady continuing to play football well into his 40s.

Perhaps the 2022 season will be his final one.