The global economy took a hit in 2019 with the Corona Virus being declared a pandemic that led to lockdowns in several countries causing a massive amount of small businesses and even quite a few large corporations to cease their operations due to financial difficulties involved in administering a large organization.

However, with the vaccines being rolled out since February 2021, there has been some growth over the small businesses providing relief to all that were associated. While multi national tech firms like Google, Amazon, and Facebook had their earnings increased over this time, the small businesses barely strove through and understanding the disparity between the two LinkedIn has stepped in to provide the resources to Small Businesses to get their feet back in the game.

LinkedIn before starting work and getting in on the action, launched a survey to about 3000 members associated with small businesses to get a feel of the overall market situation. This was done by running analysis over the rigorous analytical and objective data obtained from these three thousand users.

The survey reported back that around 24% of interactions were increased with small businesses and expanded their networks whereas the media and comms industry led the charge with a 54% increase in the number of solopreneurs working across the platform. Not only that there was a 2 X increase in the connections of users of LinkedIn with a 2.5 X increase for sharing their content and approaching more over these stressful times.

The key takeaway from the in depth report for small businesses revolves around the decline in the past year with almost every two out of three businesses facing a decline in revenue however, there was a significant increase over the first quarter of 2021 with Small Businesses finally rising towards earning some profit.

The 94 million associated with the short business can be responsible for the growth and rise of the industry as with determined goals and on track development, they were able to withstand circumstances that toppled registered organizations.

What was more relief was the fact that all industries in the survey reported great returns and growth in these times, with just one industry below the 20% line giving more way to these organizations. Around 24% of startups also saw a rise in their business facilities as a virtue of the growth in the first quarter of 2021 leaving a good side for businesses to have as they step into the second quarter. 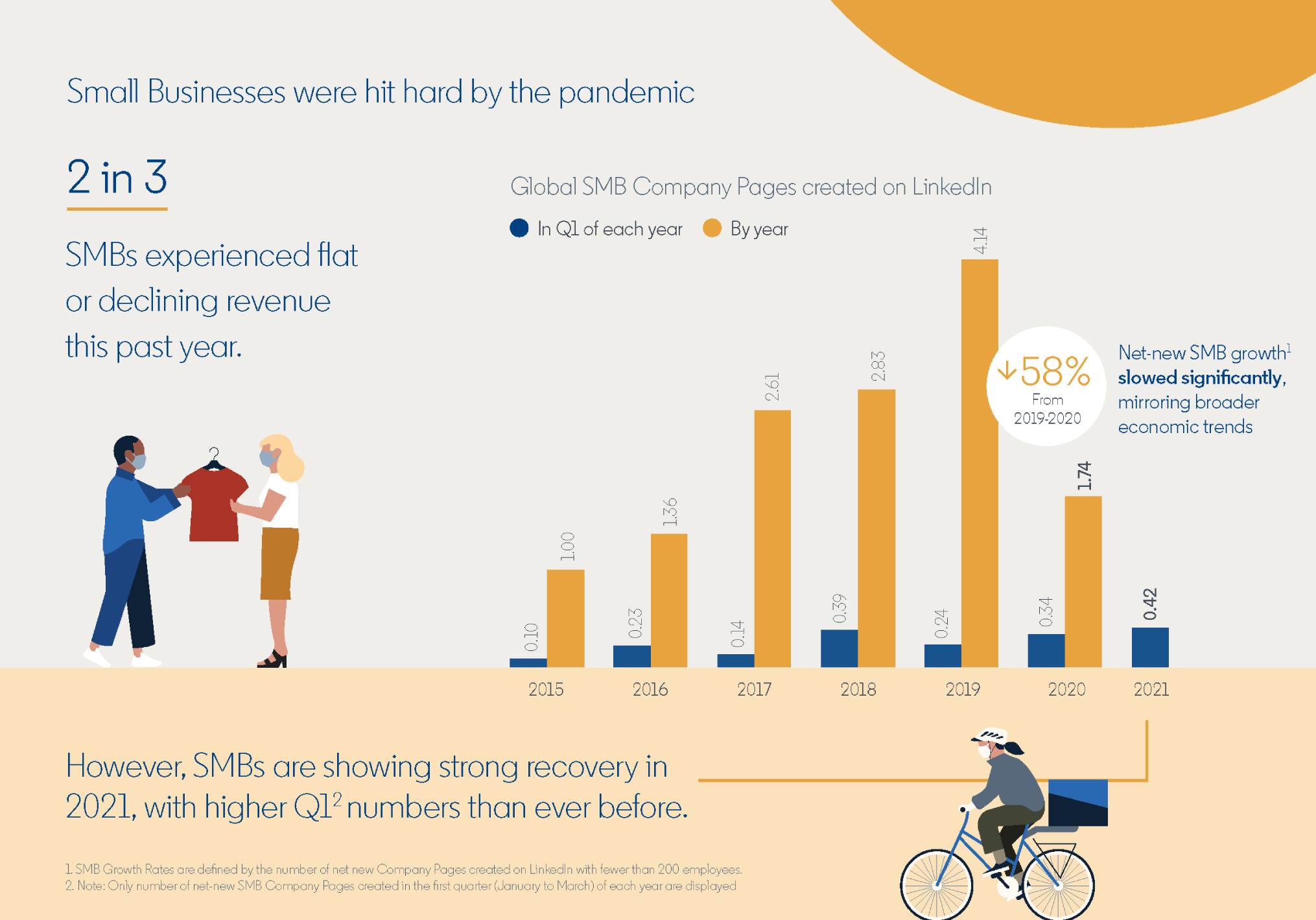 Read next: Global survey shows 44 percent consumers feel that they are not fully represented by the people they see in adverts