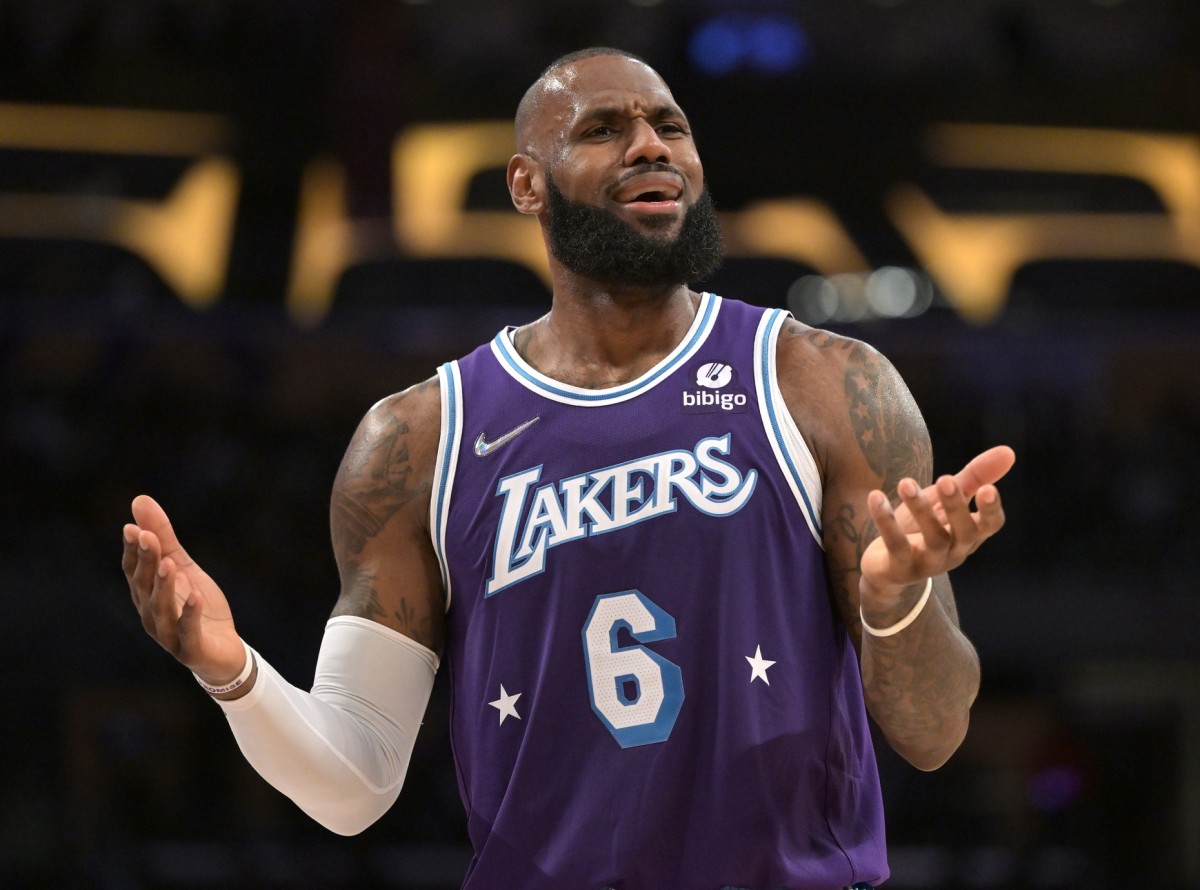 “Tired of seeing football players portray this tough guy image or pretend he’s a gangsta. You went to school, attended those classes and some even got their college degree. Now you might have 1.5% of professional football players that’s on, but the remaining 98.5% are only ‘football tough.’

“So, don’t wait till you inherit this legal money from the league to decide you want to be tough or portray a ‘street image’ cause it’s kids that’s looking up to everything we do. Plus it’s someone sitting in a cell or posted in the hood who might’ve been just as hood as you that would advise you otherwise.

“Kids don’t be fooled. You can play ball, do the right thing and they still gonna accept you. Look at me, I’m far from perfect but I chose the ball route but I still can go to the hood and post up and it’s all love. I still keep the same 3 dudes around me. My people accept me for making all the right decisions and not falling victim or being tricked by the false image you see on IG from a lot of ball players.”

What happens next for the Broncos? Don’t miss out on any news and analysis! Take a second and sign up for our free newsletter and get breaking Broncos news delivered to your inbox daily!

Bridgewater’s altruistic tirade came on July 19. The next day, Los Angeles Lakers star LeBron James took to his Twitter account with nearly 52 million followers to salute the Dolphins’ quarterback and give him a digital high five.

It’s unclear exactly what precipitated Bridgewater’s effusive statement, but it was one made with the best interest of the NFL’s young fans in mind. And for that, I, too, salute Bridgewater.

The Broncos acquired Bridgewater via trade from the Carolina Panthers in the spring of 2021, and he went on to vanquish Drew Lock in an open competition for the starting job. Alas, as refreshing as Bridgewater’s leadership was, it didn’t translate to on-field success.

The Broncos finished 7-10, and Bridgewater was replaced down the stretch after a concussion gave Lock a path back to the starting lineup. At season’s end, the Broncos fired Vic Fangio and hired Nathaniel Hackett to replace him, while Bridgewater hit the open waters of unrestricted free agency.

Soon after Hackett arrived, the Broncos acquired Russell Wilson via trade. And then the world turned Orange and Blue again. Broncos Country’s vision was no longer dreary.

Meanwhile, the 29-year-old Teddy signed a one-year deal worth $6.5 million with the Dolphins. Here’s to Bridgewater’s success down in South Beach.

Meanwhile, the Broncos have a six-year demon to exorcise, and Wilson has been tapped as the minister to see it through.