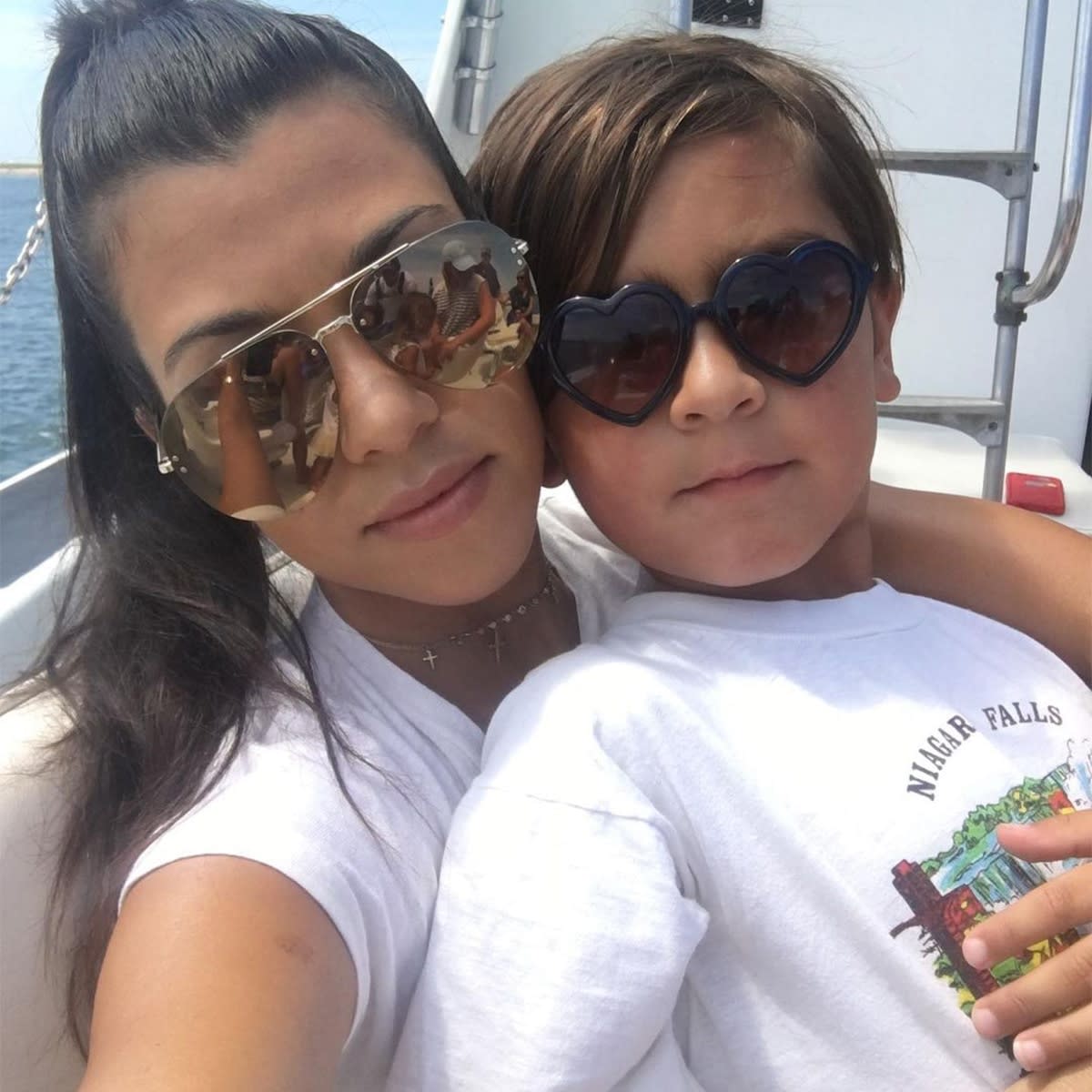 No, Mason Disick is not keeping up with fans on Instagram.

ICYMI, a social media account—which claimed it belonged to the 12-year-old son of Kourtney Kardashian and Scott Disick—shared a series of posts on July 21. In their Instagram posts, the account alleged that Kourtney’s younger sister, Kylie Jenner, was getting married soon and suggested she may have even attended a bridal party (referring to a nighttime outing with sisters Khloe Kardashian and Kim Kardashian).

Now, Mason’s mom is clarifying that her son has nothing to with the account, or any others for that matter.

Back in 2020, Mason did have an Instagram account of his own—but that was quickly shut down since, as Kourtney revealed, she had no knowledge about it.

<blockquote class=”twitter-tweet”><p lang=”en” dir=”ltr”>Hello everyone, hope it is a beautiful Thursday. After months and months of thinking you would all know that is NOT Mason on these fake accounts, some of you don’t. So I will spell it out clearly : that is NOT Mason on these fake social media accounts talking about our family.</p>&mdash; Kourtney Kardashian (@kourtneykardash) <a href=”https://twitter.com/kourtneykardash/status/1550161346573897729?ref_src=twsrc%5Etfw”>July 21, 2022</a></blockquote> <script async src=”https://platform.twitter.com/widgets.js” charset=”utf-8″></script>

“He started an Instagram yesterday and didn’t ask us,” the Kardashians star said during a March 2020 Instagram Live video. “I did delete it because Scott and I just felt like… He’s 10!”

And as the Poosh founder explained at the time, social media is a slippery slope—especially for users in their younger years.

“I think on Instagram, the thing that really worries me with kids is just comments,” she added. “People can be so mean. It’s really easy to get consumed with it. I just feel it’s not the time.”

Can’t keep up? Get every update, exclusive clips and more from your favorite family.