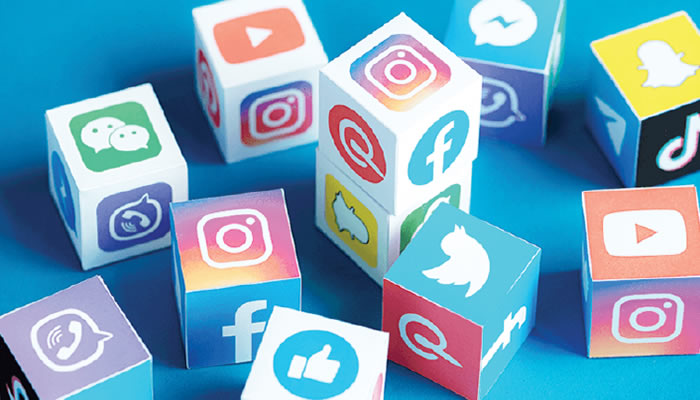 “In this trip of life, if

You are not careful….

Rumours will make you

MAN is a social animal; the only one with various tools to communicate his feelings, passions, desires and needs to others. With the introduction of mobile devices and other communication tools, many of us spend several hours and precious moments “getting in touch,” checking out on others and passing information. We scroll, link and peruse but, sometimes, we are confronted with that which is questionable, untrue and what might have gone viral. These can be harmful and untrue because they are fake and dangerous to society or to the individual concerned.

It is, therefore, risky to believe everything you read in social media. In Nigeria, social media has become the preferred platform for spreading false information because of its easy penetration to its destination and because of the gullibility of a captive audience. Fake news is dangerous because it starts out deliberately to disinform and to cause mischief. It goes viral easily through posting and reposting.

It is worse in a society with many fault lines, such as religious and ethnic cleavages. The intent is to reinforce a point of view or a mindset. To the Oxford University and the Reuters Institute, “social media personalities with large followings are often the culprits. They are considered “super spreaders,” who can very easily share inaccurate information with their impressionable followers… If you have an extremely active network, you might also frequently come across false information shared between your own friends and family.” Some platforms in Nigeria are deliberating propagating false and hate speeches and we are morally bound to challenge them. Take, for instance, a write-up that was disingenuously credited to me. It is titled “Know Your History.” It has been trending for weeks, maybe months, until some people drew my attention to it.

I am the only Professor Ihechukwu Madubuike I know. And I did not write anything with the above title anywhere. My younger brother is a Professor of Engineering, but he does not write on social matters. He is a reverend gentleman. I am also not a Professor of History.

“Know Your History” is therefore a fraud concocted by internet rats with fake names like Lateef, Emeka Ugwuonye and Ibrahim of no address. The sole aim  is to discredit me, Nnamdi Azikiwe and to demarket the Igbo in general. The trigger may not be unconnected with the 2023 elections.

The above extract is not my language. I do not refer to the various ethnic groups in Nigeria as “tribes.” I am too sophisticated to use such a derogatory term for highly cultured and civilised peoples in Africa. It is an act of culturecide so to do and smacks of a colonial mentality. Secondly, I would have named the persons occupying these various offices listed in the document, for the sake of authenticity. Anybody who sees an Igbo name will recognise it. Thirdly, there was nothing like “SE” during Tafawa Balewa’s tenure in office, that is, between 1957-66, when he died as a result of the unfortunate coup d’état. And, finally, I am not used to self-immolation. I am proud of my ethnic group and will not disparage it, as the author or authors have done.

But for the sake of setting some records straight and for not misleading the general public, here are the three cabinets of Prime Minister Balewa from 1957 to 1966, as a point of reference.

This was a power-sharing pre-independence arrangement in which the majority ethnic groups were represented. The charismatic and sartorial Okotie-Eboh, the Ishekiri-born fashionista and businessman extraordinaire, was an exception. How this cabinet above translates to Igbo domination is difficult to decipher. Yet Balewa, the then deputy leader of the Northern Peoples Congress, a man of  Gere origin and ethnic formation, from today’s Bauchi State, remained an uncommon defender of the Hausa-Fulani interests.

These ministerial appointments by Balewa were indicative of where political power was located in then Nigeria. The North with the support of Britain, not the Igbo, held that power. The position of the PM was theirs uninterruptedly from1957 to January 1966—that is, until the unfortunate coup ushered in military rule.

Brigadier Ogundipe was the first Chief of Staff and de facto second in command, Supreme Head Quarters, under General Aguyi Ironsi. When Ironsi was killed in Ibadan, he was supposed to assume office as the Acting Head of State. But he escaped to Las Palmas and later became High Commissioner in London. The Chief of Naval Staff was Commodore Joseph Edet Olawale Wey; the Inspector General of Police was Sir Louis Orok Edet. His deputy was Kam Salem. None of these gentlemen was Igbo. The Chief Justice of the Federation remained Justice Adetokunbo Ademola. Colonel George .T. Korubo was the head of the Air Force. All these officers were senior to Lt Col. Yakubu Gowon, who was later promoted to become the Head of State. There was nothing like “Parliament President,” a nomenclature unknown to our Constitution, but which the ignorant author “Of Know Your History,” claimed was occupied by an Igbo.

Sufficient facts have also emerged to prove that the 1966 coup d’état included persons from different ethnic groups. A Yoruba major, Adewale Ademoyega, who took part in the coup wrote a book on it, titled, Why We Struck. Lt Fola Oyewole, the author of The Reluctant Rebel, was also involved. Atom Kpera claimed that he could not distinguish between operation Damissa and a real coup d’état in which he was involved. Soldiers from other parts of the country also participated in the coup. It is therefore a misnomer to call the military revolution of January 1966, an Igbo coup d’état.

We must separate propaganda from history, for the sake of posterity. We must de-escalate fake news at all costs. I am not the author of “Know Your History.”