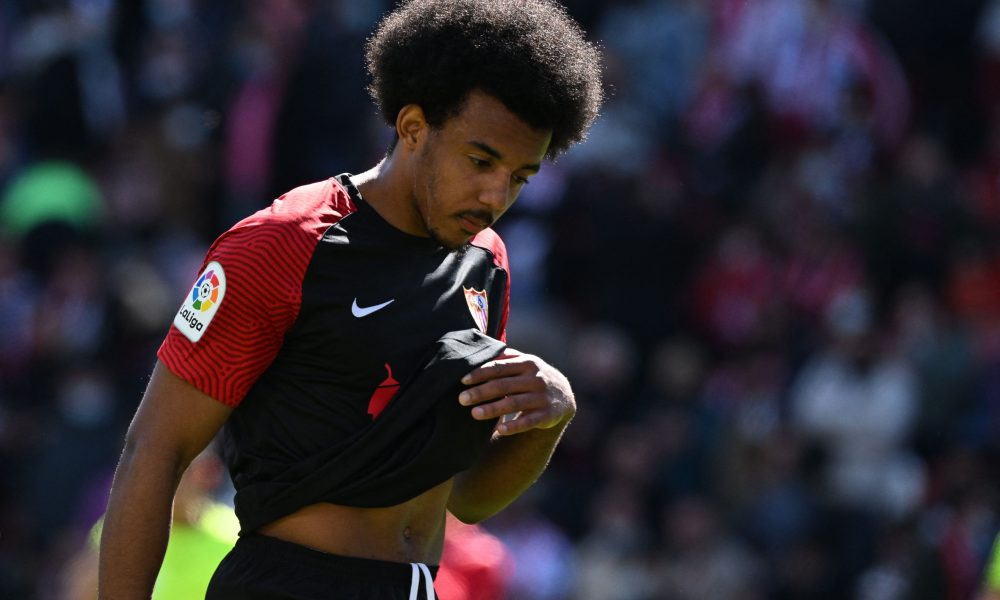 As per breaking news by Alvaro Munoz Gomez, one of Jules Kounde’s best friends has liked a tweet that reported that ‘Kounde’s move to FC Barcelona is 99% done.’ The user in question is also followed by Kounde on Twitter.

Jules Kounde’s transfer saga has been one for the ages with the Frenchman seeming to be a metronome ticking and switching between Barça and Chelsea.

While most other sources had been of the opinion that Kounde to Barça was a matter of the past and would not be coming to fruition, it has been Gerard Romero alone who has seemed to be confident all along that Barça were going to get their man soon enough.

The Spanish journalist, who has been Tier 1 in terms of reliability regarding Barça news, reported earlier in the day that the Frenchman to Barça was hot property and that his signing could be made official within the next few days.

The Frenchman has been reported to be in the sights of the Catalan club for the longest time with the reports going back as far as last summer. The rumours were accelerated by Barça’s need for a starting quality centre-back for the 2022/23 season.

The club has been looking for a young, strong and reliable centre-back who can play out from the back and Xavi Hernandez had his eyes fixed on the Frenchman ever since his arrival.

Kounde has already been confirmed to be leaving Sevilla this summer, however, it seemed likely that the player would be moving to London with Chelsea.

Almost all sources confirmed that Barça couldn’t match the type of financial offer that Chelsea were offering. However, it now seems that Kounde has rejected Chelsea’s advances and has chosen that Barça will be his final destination.