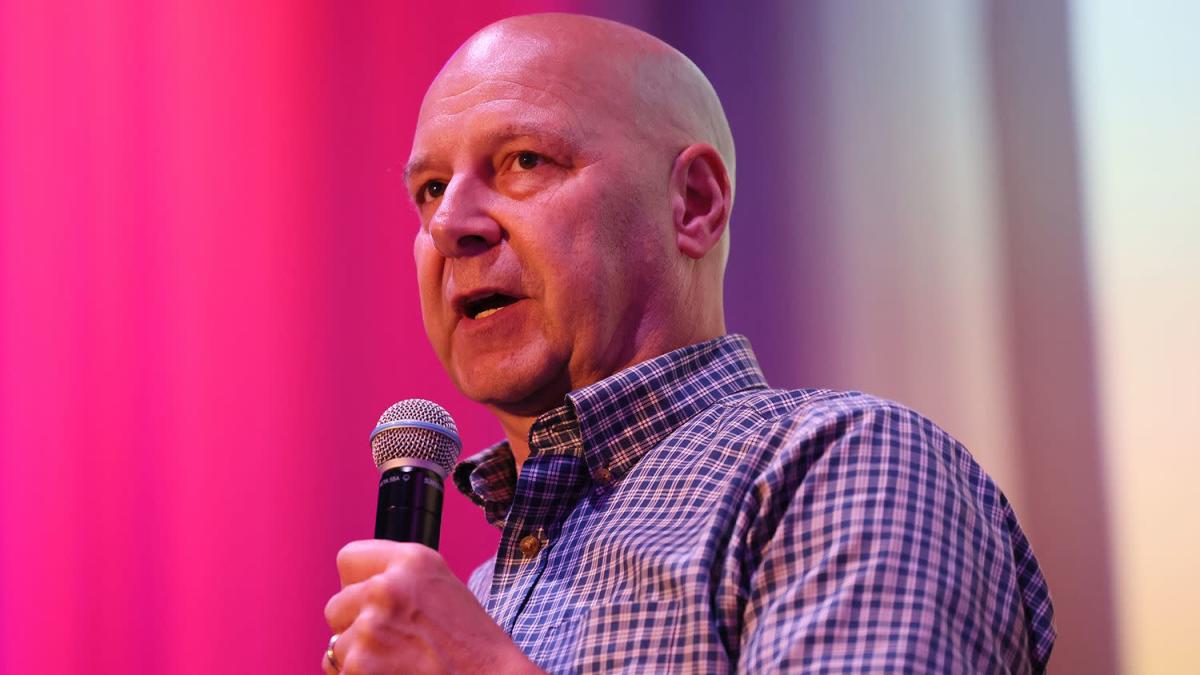 Republican gubernatorial candidate and Pennsylvania state Sen. Doug Mastriano has come under fire for his association with the far-right social media platform Gab, a safe haven for white supremacists, antisemites and other extremists, many of whom have been kicked off mainstream social media sites.

A state campaign filing revealed that Mastriano’s team paid $5,000 to Gab for “campaign consulting” in April, which Gab founder Andrew Torba now calls an advertising buy. Torba argues that his site is merely a free speech platform, but it’s hard to miss the hate and vitriol that dominate its feeds.

“We’re not saying we’re going to deport all these people or whatever. You’re free to stay here, you’re not going to be forced to convert or anything like this because that’s not biblical whatsoever,” Torba continued. “But you’re going to enjoy the fruits of living in a Christian society with Christian laws and under a Christian culture. And you can thank us later.”

RELATED: 2020 Election Denier Wins GOP Primary for Governor in Pa.: ‘Everyone … Can Believe Whatever They Want’

Mastriano’s opponent for governor, Pennsylvania Attorney General Josh Shapiro, told MSNBC, “This is who Doug Mastriano is. He is so dangerous.”

Shapiro, who is Jewish, continued, “This Gab site is a haven for white supremacy and yet this is where Doug Mastriano believes he needs to go for support. This is not normal.”

Mastriano has sat for a friendly interview with Torba, he’s accepted Torba’s endorsement and, in addition to advertising, his campaign has posted on Gab.

“Andrew Torba is one of the most toxic people in public life right now, and the fact that anyone running for public office would associate themselves with Torba, would use Gab as a launching pad and a platform for their politics, that in and of itself … in normal times literally would be prohibited,” Anti-Defamation League CEO Jonathan Greenblatt told MSNBC.

“It is a frightening moment when we are seeing this kind of outright Christian nationalism and undisguised hostility toward Jews and Muslims and other minorities,” he continued. “Elected officials who engage in this kind of rhetoric aren’t just flirting with fascism, they are bringing it to the forefront of their political argument, and that’s I think a terrifying thing for all Americans.”

Greenblatt said that Mastriano’s politics “teeter on the edge of the kind of extremism that’s never been this close to a state house.”

Amidst a political storm, Mastriano finally defended himself.

“There’s nothing extreme about me,” he said on Fox’s One Nation with Brian Kilmeade on July 24. “Imagine this … 30 years in the Army, promoted from 2nd lieutenant to colonel, constantly being vetted. I had a top secret clearance for 30 years, constantly being investigated. If there’s anything extreme about me, obviously our nation would not allow me to have access to some of its most sensitive secrets here.”

While blaming smears by Democrats and the media, Mastriano posted a tweet Thursday rejecting antisemitism and declaring that Torba didn’t speak for him.

That statement is not enough, says Jill Zipin, chair of Democratic Jewish Outreach Pennsylvania, a political action committee. She’d like the candidate to denounce Gab, to admit it’s a host to extremists, white supremacists and antisemites. She also believes he should ask for his $5,000 back and declare he will not financially support Gab, denounce Torba’s racism and drop Torba as a campaign adviser.

“When he posts, the comments are full of antisemitic hatred,” Zipin says. “Candidate Mastriano has not commented on any of his posts saying, ‘Hey, maybe you don’t want to say some of these antisemitic, racist, extremist things.’ He in fact has doubled down by saying these people aren’t extremists necessarily, but Josh Shapiro is an extremist.”

“People of all political stripes, Democrat, independent, Republican, should be calling out this shameful rhetoric,” she adds, calling on her Republican Jewish counterparts to insist Mastriano disaffiliate with Gab.

Mastriano’s campaign seems to have deleted his Gab posts.

Never miss a story — sign up for PEOPLE’s free daily newsletter to stay up-to-date on the best of what PEOPLE has to offer.

The Republican nominee for governor of the country’s fifth largest state by population, Mastriano beat eight opponents in the May primary to win the nomination. He is a QAnon follower who was a leader in the effort to undo 2020 election results in the swing state of Pennsylvania. He was also present for the events at the U.S. Capitol on Jan. 6, 2021, though he claims he didn’t enter the building. Trump endorsed him days before the primary.

Despite Mastriano’s attempt to distance himself from Torba, not lost on critics is the fact that Gab was the preferred social media platform of Robert Bowers, the alleged shooter who entered a Jewish synagogue in Pittsburgh, Pennsylvania, and shot 17 congregants, killing 11, in 2018.

Before the massacre he posted a hateful message about the Hebrew Immigrant Aid Society on his Gab account: “HIAS likes to bring invaders in that kill our people. I can’t sit by and watch my people get slaughtered. Screw your optics, I’m going in.”