A cloud-pink building sits on a fetching stretch of Queen Street, its rich red doors welcoming passersby to come on in and see the art.

It is the latest and third locale of Corrigan Gallery. Over the past 17 years, the gallery has moved first from another spot on 62 Queen St., then on to 7 Broad St. Now it is back at 38 Queen St., where it aims to stay.

Fresh off its recent renovation, the smart new space honors the building’s past as a mixed-used property enfolding a downstairs gallery and an upstairs residence.

It also paints a rosy picture of the potential for Charleston’s future. In ethos and design, form and function, the new enterprise illustrates what livability could look like in Charleston moving forward. Property owners with an eye toward the local and an investment in their locale can spill such strategies onto the street and into the greater community in ways that are meaningful to all.

With its proximity to Church Street, Corrigan Gallery is the little art shop around the corner. A calling card to a century of homegrown art, it trades in the works of both contemporary artists, as well as those dating back to the early 1900s by the Charleston Renaissance artists who once helped reshape a scruffy city into an international hub of culture.

A new home and homecoming

On a recent August afternoon, gallery owner and artist Lese Corrigan showed off her new home, purchased in January 2021 for use as professional and personal digs. The first-floor will hold the gallery and the second-floor space will be her eventual residence, after initially renting it out.

With Van Morrison infusing the light-filled air, Corrigan guided me from one room to a second and third. In the first, a mixed, group show of artists with a contemporary bent splashed shapes and colors and notions across the calming walls. In the second, those segued to others, including works of Charleston Renaissance artists. Most pieces have a local connection, and many find inspiration in the Lowcountry, with nods to the setting that are always divergent and often subtle.

There are the whimsical works of Mary Walker, informed frequently by literature and history, the politically powered work by Kristi Ryba, the abstracts by Emily Jenkins — a newcomer to Corrigan.

A pair of paintings from the estate of Michael Tyzack that group finely colored squares held a spot between two front windows. Near them, one sill was devoted to African sculptures from a collector who recently downsized. Corrigan’s own work is up, too, including a densely textured oil painting with a blue crab bobbing solo in deep blue waters.

“You can cover from 1900 to today walking through the gallery,” said Corrigan, adding that she’ll keep looking for that way to project that on into the future. In the second room, she points out Charleston scenes by legend Elizabeth O’Neill Verner, as well as vibrant, energized offerings from heralded abstract expressionist William Halsey.

In the third room, many works bridge the past and present, such as those by Manning Williams and Bill Buggel, who first caught the art world’s eye in the 1970s with his seminal creations from Carolina red clay. Tucked discreetly in a wall of cabinets is more art still, primed to be pulled out as the conversation prompts it.

Past, present and future

The gallery converges Charleston’s past and present through its refreshed, yet historic structure and its commingled modes of local artistic expression.

Corrigan’s own past figures in, too. Her parents once lived in the home next door, on the corner of Queen and Church. A black-and-white photograph of the artist as a young child shows her sitting serenely in the very courtyard that she now calls home.

That neighborhood child is set to be a neighborhood fixture. “It’s a good, lively area without being crowded,” Corrigan said. “The only thing missing is a corner store,” she said.

She’s by no means the first arts world luminary to be drawn to the French Quarter, a term for the district that was coined in recent decades to reference the area’s early French Huguenot denizens residing within the boundaries of the Cooper River, Broad Street, Meeting Street and Market Street.

It’s hard to travel half a block without stumbling upon some culture. The mothership, Gibbes Museum of Art, presides majestically at 135 Meeting St. At nearby 17 Chalmers St., the Pink House once laid claim to the studio of Charleston Renaissance icon Alice Ravenel Huger Smith. Meyer Vogl Gallery occupies the northeast corner of Queen and Meeting. Atrium Art Gallery and Robert Lange Studios punctuate other spots and Principle Gallery mans Meeting.

There’s even a cafe to add to the cultural repartee. Harken Cafe is at 62 Queen St., where Corrigan Gallery started, is the perfect spot for a lively culture klatch a la cafe society.

Like the art, the building has long bridged both uses and eras, offering a continuum. It is a mixed bag, with its front dating back to 1800 and its back from the 1940s or 1950s. It was previously zoned for commercial use only as a gallery, with a precedent set in the 1960s by a former gallery there.

Corrigan was keen to honor the historic integrity of the original structure, while also giving it a contemporary vibe in keeping with many of the artists she represents. There was also a need for as much space as possible for art storage. She enlisted Whitney Powers of Studio A Architecture and Huss Construction for the task.

“There was an awful lot done in the French Quarter that was kind of half-baked,” said Powers about the additions, which pointed to Charleston’s previous, cash-poor eras. “We discovered that it was just built against the building next door. It didn’t have a wall.”

Powers came to the project with a keen understanding of mixed-use buildings, both in historic and new construction. A recent project involved designing the exterior of Off Line Court at 84-88 Line St., the apartments and retail space of Charleston Development Co. in the Cannonborough-Elliotborough neighborhood that include affordable housing units.

Such artful thinking shaped Corrigan Gallery. Powers determined how to reuse existing windows to bring in as much light as possible to best showcase the art. For the exterior, they switched out the stucco for lime wash, a technique introduced in the late 1800s that is more environmentally sound, albeit more time-intensive. They incorporated Corrigan’s preferred pink hue.

Inside, the rooms start more formal, then loosen up as they progress to the third, which has cabinets to accommodate art being casually placed about.

Above all, Corrigan Gallery, and its owner, will be an integral part of the neighborhood.

“Especially as it stands with Lese, her store, her gallery, her residence, that represents a big commitment to the community,” Powers said, noting how the ubiquity of LLC’s have all but removed on-premise owners, rendering anonymous the connection, responsibility and engagement with the community.

“We have to cultivate the expectation,” Powers said, underscoring the value of engaging the street, particularly in a city built on mercantile and exchange rather than on absentee landlords and chain stores that deny the legacy of what is fundamental to Charleston.

As for Corrigan, she remains hopeful and positive about the future of the city as a place to showcase local art, citing artists like Fletcher Williams III and his work with picket fences. It is, after all, a new narrative spun from the local, as much of the artist’s work is. Those home-focused slats of wood might just build a future.

Whether or not those picket fences reside outside or within the walls of a gallery, they may serve as a means of exchange to reanimate Charleston’s streets. Powers cites urban planning writer Jane Jacobs, who posited that the life on the street was about the people first and foremost.

“If you ignore that, then you ignore a very important part of urban life,” Powers said.

For the architect, the French Quarter holds much promise for even more cultural offerings, as there is still room to interpret the Charleston experience. First, however, Powers emphasizes that those in Charleston must join to forge that expectation.

“If we come to expect it, it will happen.”

For Corrigan, the gallerist around the corner, it will happen right at home. For more information on Corrigan Gallery, visit corrigangallery.com.

Get a weekly list of tips on pop-ups, last minute tickets and little-known experiences hand-selected by our newsroom in your inbox each Thursday. 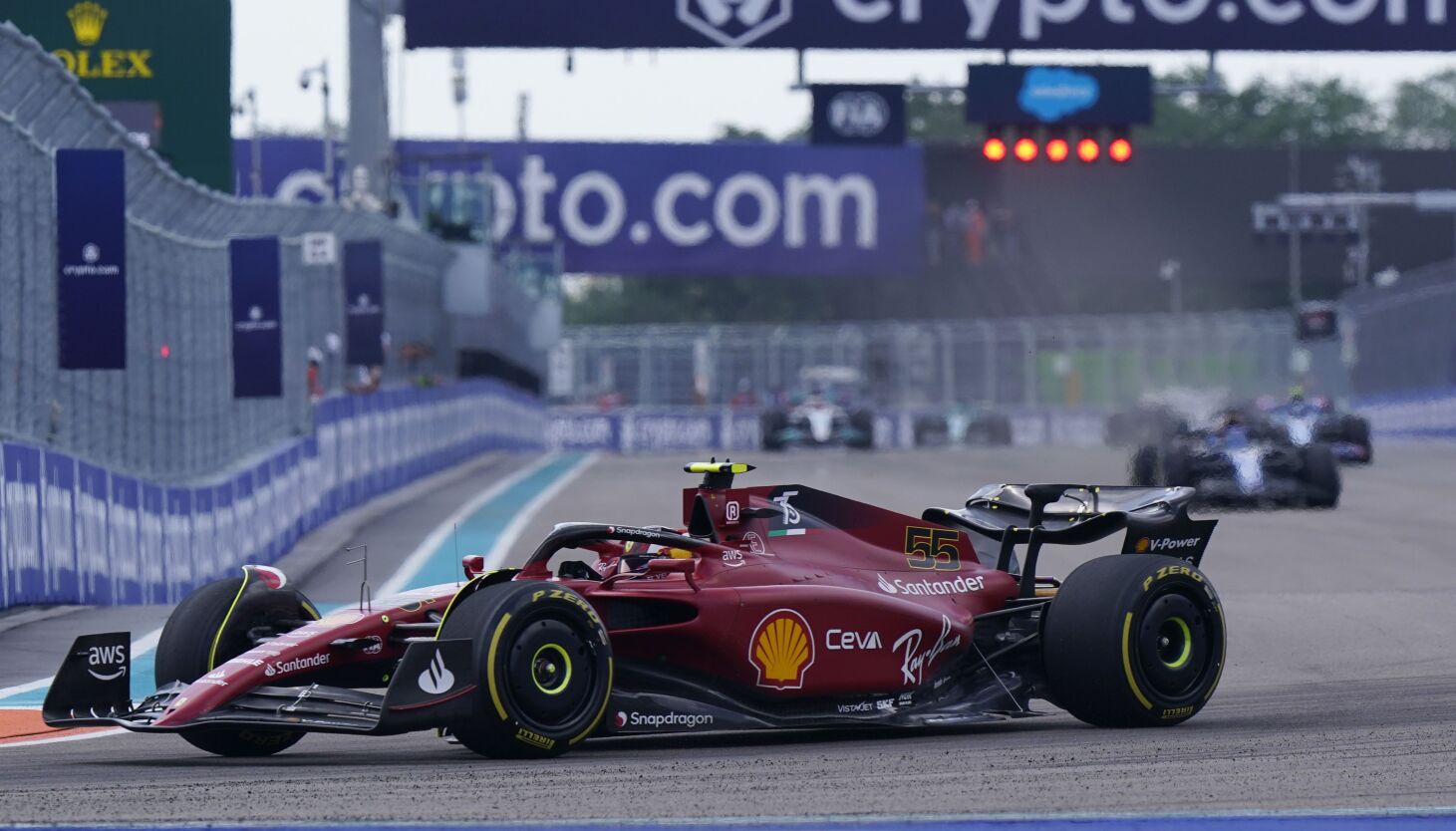