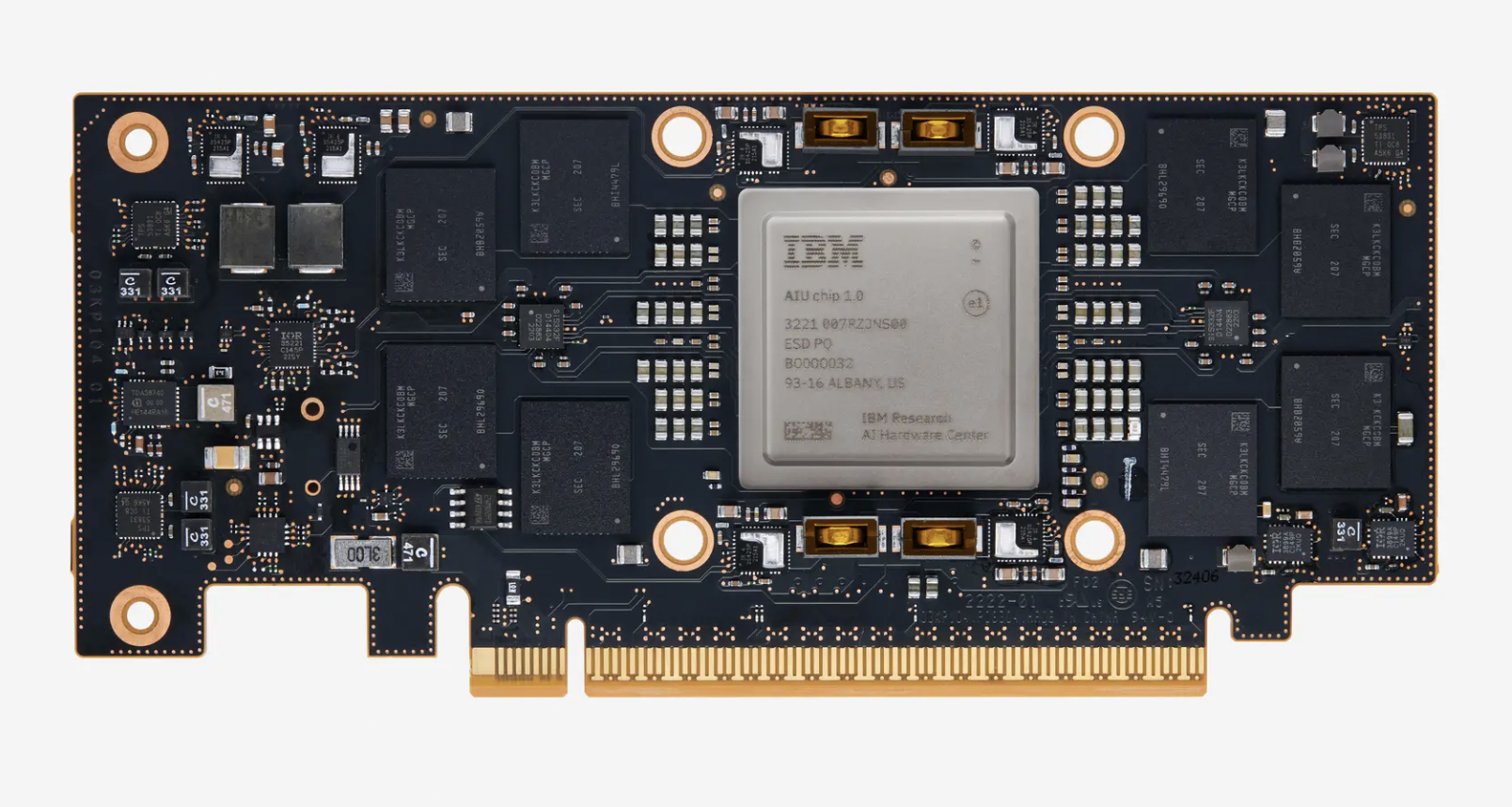 Academic researchers’ work over ten years ago was crucial in developing contemporary artificial intelligence as we see it today. It was demonstrated that training a deep learning model to recognize objects and animals in brand-new images required days of brute-force computing over millions of images. Deep learning now does thousands of other crucial and significant activities like finding malignancies in x-rays, translating languages, etc., in addition to how it was previously used to classify images of cats and dogs.

Modern AI breakthroughs do, however, come with their own set of difficulties, with computational power being a prominent issue. Although the number of AI models is rising exponentially, the hardware required to train these models and run them on cloud servers or edge devices like smartphones and sensors has not improved at the same scale. The IBM Research AI Hardware Center conducted ground-breaking research to develop a dedicated computer chip for AI, which they refer to as the Artificial Intelligence Unit, or AIU, to address this issue. It is their first full-featured system-on-chip made to train and operate deep learning models more quickly and effectively than a general-purpose CPU.

Even before deep learning underwent the revolutionary transformations that led to the current state of computing, Central Processing Units, or CPUs as we know them, have been the mainstay of traditional computing. Applications for general-purpose software are ideally suited to CPUs’ flexibility and high precision. However, those advantageous traits put them at a disadvantage regarding deep learning model training and operation, which demand massively parallel AI processes.

Deep learning models have been used for rendering video game graphics for the past ten years on CPUs and GPUs. However, an all-purpose processor is essential for the optimizations required for the many matrix and vector multiplication operations used in deep learning. The researchers came up with two key routes to get there during the course of the more than five-year design process for IBM’s AIU. The first route entailed accepting lower accuracy. The team reasoned that an AI chip could be less precise than a CPU because it is mainly used to make predictions and decisions, which does not necessitate the same level of precision needed to calculate spacecraft landing trajectory.

It is possible to reduce 32-bit floating point arithmetic to bit-formats carrying a quarter as much data. This was accomplished via approximation computing, a ground-breaking method developed by IBM. This streamlined approach significantly reduces the computation required to train and maintain an AI model without compromising accuracy.

The layout of the AI chip was the second main concern, which needed to be done to optimize AI operations. The chip architecture has a more straightforward layout than a multipurpose CPU because matrix and vector multiplication are the main components of most AI operations. Additionally, the IBM AIU is built to transmit data directly from one computing engine to the next, resulting in significant energy savings. The IBM AIU is an “application-specific integrated circuit” (ASIC). It is built for deep learning and can be trained to perform any deep-learning activity, including processing spoken language, text, and images on a screen. The IBM AIU is just as user-friendly as a graphics card.

IBM highlights the fact that this chip was not created totally from scratch. Instead, it is a scaled-down version of an already successful AI accelerator included in IBM’s Telum processor. The 32 cores in the IBM AIU closely mirror the AI core in Telum’s newest z16 system’s Telum chip. The AI Hardware Center’s aggressive roadmap to increase IBM’s AI computing firepower produced the AI technology that is incorporated into Telum and AIU.

In order to overcome the constraints brought on by the time and costs required to develop and maintain deep-learning models, IBM established the AI Hardware Center in 2019. This initiative aims to close the gap between what AI can accomplish and its current status. AI has the potential to resolve crucial real-world problems faced by people. Enterprise-grade, industrial-scale hardware is required to solve the complexity of the real world, such as forecasting the next Hurricane Ian or determining whether a recession is about to begin, and IBM’s AIU brings us one step closer. IBM visions to execute AI models 1,000 times quicker than they could just three years ago by 2029. The team anticipates announcing details of its release soon.

Asif Razzaq is an AI Journalist and Cofounder of Marktechpost, LLC. He is a visionary, entrepreneur and engineer who aspires to use the power of Artificial Intelligence for good.