When Ja’Mia Brooks, 25, moved to Richmond after graduating from Virginia State University in 2018, she tried searching TikTok for things to do and restaurants worth visiting, but she couldn’t find anything Richmond related.

“I didn’t know anyone, and I was trying to find out where to eat, where to drink and where to hang out,” Brooks said.

“When I travel anywhere, I get on TikTok to look for things to do,” Brooks said. “I did that for Richmond and nothing popped up.”

Brooks originally joined TikTok to become a travel blogger, but when COVID-19 caused travel restrictions, Brooks found herself settling down in Richmond and looking for an outlet.

“I thought, ‘Wow, I could make different videos about things to do and places to eat — like the videos that I watch when I want to travel — so that when people come [to Richmond], they know what to do,’ ” she said.

Embracing the opportunity, Brooks made a TikTok when she and her mom went to lunch at Richmond’s Barrio Taqueria + Tequila at 2229 W. Main St.

“They have this swirled frozen margarita,” Brooks recalled. “That was the very first video I made under the hashtag ‘Richmond, Virginia,’ and it went viral. People were so happy so see Richmond on their ‘For You’ page.”

The Barrio Taqueria + Tequila video has 332,400 views and 45,400 likes. Brooks’ TikTok was even picked up by a local television station.

From there, Brooks’ TikTok page continued to grow, and she started to gain local followers. She also created the hashtag #rvatok for all of her Richmond-related TikToks so that viewers could easily find things to do in Richmond.

“People were so happy to have a creator in Richmond, and from there it was history,” Brooks said.

Brooks is a part of the TikTok Creator Fund that pays content creators based on the performance of the video. To be eligible, a creator needs to be 18-years-old, have 10,000 followers, have 100,000 views in the past 30 days, live in the United States United Kingdom, France, Germany, Spain or Italy and follow community guidelines.

“Now I’m at 88,400 [followers], and the money that I make through the Creator Fund, I don’t even touch it. I just consider it savings,” Brooks said.

According to a recent Bloomberg news article, about 45% of Gen Z content creators surveyed by Adobe Inc. said they want careers as influencers.

Local colleges and universities offer courses on content creation. At Virginia Commonwealth University, the mass communications program offers tracks in strategic advertising, creative advertising and public relations, where many of the courses focus on social media and content creation. Judi Crenshaw, assistant professor of public relations at VCU, said that the university prepares students for jobs in social media for business organizations or nonprofits, with courses covering material that would build skills for those interested in becoming influencers.

“Because ‘content creator’ is such a broad term, the expectations [for the job] are all over the place,” Crenshaw said.

Being a full-time content creator can mean “a lot of hours outside the normal job — evenings and weekends; it’s really 24-7, creating and posting content. The technical skills required include photo editing, video editing and constant learning of new technology. It can become quite arduous. For myself, I have seen students express interest in content creation as a job, but once they’re exposed” to what it takes, they may look for a backup profession.

Brooks earned a degree in mass communication from Virginia State University near Petersburg where she learned her video-editing skills.

“I learned how to make videos, how to do voice-overs, how to edit. I’m able to make the content watchable,” Brooks explained.

For Brooks, she said the majority of her social media income doesn’t come from the TikTok [Creator Fund], but rather from brand deals she makes around TikToks.

Now, Brooks is looking to launch her own marketing business centered on TikTok. On her website, Brooks offers a subscription service for $400 a month where she will create two TikTok videos per month for a client over 12 months. Or she’ll produce one TikTok video for an $800 flat fee.

“I like to be able to show them that it’s worth it,” she said. For example, Brooks made a TikTok for the birria pizza at E-Loteria Botanas & Ice Cream in Henrico County’s Tuckernuck Square. The TikTok was viewed over 40,200 times, and 700 viewers saved it.

“We had recently opened up our business and were looking for new marketing ways to help promote our small business,” E-Loteria’s owner, Ana Marentes, said. “We saw that her platform had many views and her content focused on small businesses. We decided it was a great way to share our business to the Richmond community.”

TikTok has even rolled out new billboards in the Richmond area that read: “Virginia business booms on TikTok.”

Brooks says that she only takes on clients that fit her audience. “You have to have the audience to target the people they’re trying to target. If my audience isn’t interested in that type of content, I’ll let the client know that it isn’t the best fit,” she said.

Brooks also said that the more followers a content creator has, the more they can charge for their services. For every 10,000 followers that she gains, the contract price will go up $100. “Once I hit 90,000, every tier will go up $100,” she said.

Brooks has a strong local dining following. She also has other streams of income, such as selling clothes and accessories from her online vacation boutique at https://jamiabyjamiabrooks.com. Plus, Brooks is a lash tech and works with clients on a one-on-one basis with her business Blade Babez.

Brooks is also hoping to open a suite of shops in Richmond that would cater to beauty needs: like a hair salon, nail salon and lash salon, all in one place.

“That’s been the No. 1 thing that I’ve struggled with coming to Richmond — trying to find those places,” Brooks, who grew up in Washington, D.C., said. Brooks is hoping to open a salon suite in January.

As for being a TikTok creator, Brooks said, “You have to keep up and teach yourself. You’re teaching yourself the new ‘new thing’ every single day.”

Sean Taylor, a graduate of Virginia Commonwealth University’s theater program in 2016, found herself launched into the social media stratosphere when she appeared on Netflix’s reality competition “The Circle.”

Originally from Northern Virginia, she had moved to New York after graduation and was already working in social media on the brand side for a plus-sized fashion company. After appearing on Netflix’s “The Circle,” she saw her social media following jump to 100,000, and she decided to make the leap into being a content creator full time.

“Looking back, I still can’t believe I did that,” said Taylor, who made the switch two years ago. “I had a lot of people around me in the industry saying, ‘You can do this and really grow if you put yourself full time into it.’”

“I felt so strongly about the body-positivity movement, that’s why I moved to New York,” she said. She moved back to Richmond with her fiancé, who works at CoStar, after the pandemic and continues to grow her social media presence. She now has 170,000 followers on Instagram and 159,600 followers on TikTok.

Taylor says she makes the majority of her income on social media from sponsored posts from brands such as Old Navy and Madewell. She said she makes anywhere from $3,000 to $6,000 per sponsored post, which is dependent on the size of her following.

“I’m really lucky because of my experience on ‘The Circle.’ People follow people that they see on TV all the time, but they don’t always see them as a resource or area of expertise. That’s where the real work came in. Becoming a trusted voice in the plus-sized community was my biggest goal when I suddenly had the visibility I had,” Taylor said.

She has since branched out into lifestyle and food content. And now that she’s getting married, she and her fiancé were also selected by The Knot for their “most influential wedding crew” and have been creating content for The Knot, the national wedding media company, as well. “It’s pretty wild,” Taylor.

But the issue nearest and dearest to her heart is body positivity. She’s also launched RVA Fatties to create an inclusive space for plus-sized people in Richmond.

“We’ve done fat-friendly yoga classes and pool parties. It’s so fulfilling to give people a space to feel good about themselves and to connect to other people in real life,” Taylor said. “I feel so lucky to do this.” 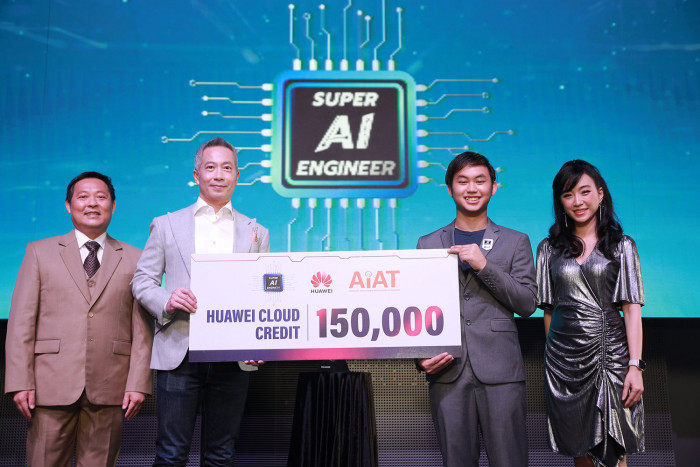