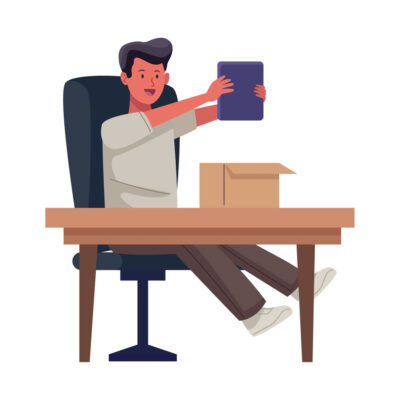 Independent publishers lack the bandwidth to make sense of the digital ad industry – most are just trying to stay afloat.

Chrome Unboxed, which started in 2015 as a YouTube channel for unboxing videos featuring Google’s Chromebook products, is emblematic of the early struggles upstart publishers have in monetizing their content.

Its path to ad-supported profitability shows there’s still hope for the little guys in digital media.

As the Chrome Unboxed channel grew, its founder, Robby Payne, launched a website to host the videos. He and two partners added written content, including guides for using Google and Chrome apps and features. The content mix grew to include audio and video podcasts, email newsletters and a social media presence. The site now attracts 1.6 million monthly visitors.

“We were writing articles and filming videos after work, so we didn’t have time to dig into programmatic ads or direct sales,” Humphrey said. “We had AdSense before they started doing auto ads, so we were placing ads on the site the best we could, but we needed a partner to help us have a better ad experience.”

Monetization platform Ezoic saw the potential of Chrome Unboxed and recruited it into its network of publishers in 2018, Humphrey said. Ezoic offers managed services to help publishers monetize via ads and improve user experience.

Chrome Unboxed initially saw working with Ezoic as an opportunity to attract more premium advertisers by leveling up from Google AdSense to Google AdX (and Google Ad Manager), Humphrey said.

The beginning of that partnership coincided with pandemic-related changes to work and school. Interest in portable computers like Chromebooks spiked, along with the site’s audience.

The publisher pays a monthly subscription fee to Ezoic, Humphrey said. Last year, Ezoic introduced subscriber tiers based on number of monthly visits and total revenue. Chrome Unboxed is on the VIP level – the highest level reserved for a limited selection of publishers.

“You’re paying a bit more each time you move up a level, but net revenue also goes up,” Humphrey said.

Ezoic does not collect a revenue share from direct ad sales, said Tyler Bishop, Ezoic’s CMO. However, subscription fees go up as revenue goes up, so it could be considered a revenue share by another name.

The only Chrome Unboxed revenue stream Ezoic doesn’t manage is its affiliate marketing business, which is key to monetizing some website content, plus newsletters and podcasts, Humphrey said.

Chrome Unboxed had the opportunity to optimize for revenue generation or a clean user experience.

After much fine-tuning, Chrome Unboxed settled on a “moderate” number of ads, Humphrey said. “We don’t want a super-advertising-heavy website, because that’s not the type of content we like consuming,” he said.

Besides setting an overall ads baseline, Ezoic can adjust ads based on the perceived value of the user and their ad tolerance.

In addition to Ezoic’s ad management and SEO optimization services, Chrome Unboxed received about 1% of the $12.4 million Ezoic set aside in interest-free loans for its more than 10,000 publishers to encourage them to expand their monetizable inventory.

Chrome Unboxed hired two full-time content creators – a digital media producer and a staff writer – with its grant, upping its headcount from four to six.