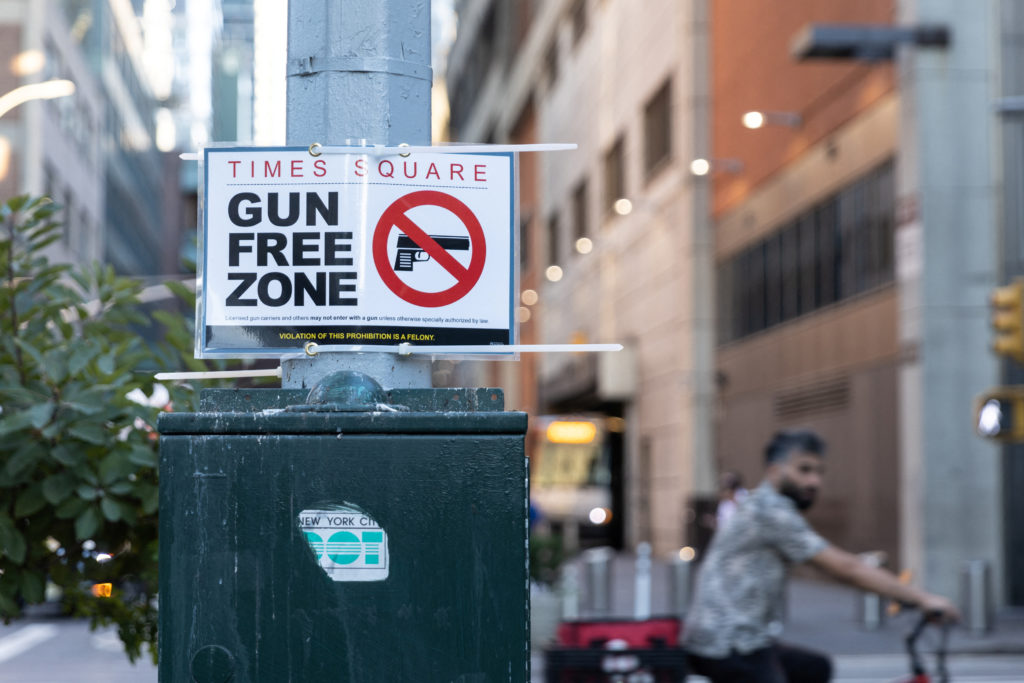 New gun laws in New York for those seeking a concealed carry license, including a review of social media accounts by law enforcement, was cleared to go into effect by a federal judge last week, but questions about how the state will enforce it and future legal challenges remain.

The new rules, part of the state’s Concealed Carry Improvement Act, followed a Supreme Court ruling in June that prohibits states from requiring residents seeking a gun license to prove a special need to carry a handgun outside the home.

The case, New York State Rifle & Pistol Association, Inc. v. Bruen, challenged a provision of New York’s 109-year-old concealed carry law that required applicants to have “proper cause” for the permit — a special need for self-defense. Five other states had similar laws.

New York responded with a number of changes, including requiring concealed carry applicants to share “a list of former and current social media accounts” from the past three years to assess the applicant’s “character and conduct.” The rule comes in the aftermath of mass shootings in Buffalo, New York and Uvalde, Texas, where the gunmen reportedly posted warnings about their violence online.

The new state laws, which also require more classroom and in-person training for concealed carry licenses and the creation of “sensitive places” where guns are not permitted, have already been met with lawsuits. Judge Glenn Suddaby declined to put the law on hold a day before it took effect, saying the New York resident and three gun rights organizations who filed lawsuits didn’t have standing to bring the legal action. But he indicated he believed some parts of the laws were unconstitutional, and legal experts expect other challenges in the future.

While written testimonies are common for gun permits across the country, requiring social media records is an added layer that has not been implemented in other places for the purposes of gun permitting.

“I refuse to surrender my right as Governor to protect New Yorkers from gun violence or any other form of harm. In New York State, we will continue leading the way forward and implementing common sense gun safety legislation,” Gov. Kathy Hochul said of the conceal carry changes in a statement last week.

The social media requirement has raised questions about privacy and what states can request in the permitting process.

Max Markham, vice president of policy and community engagement at the Center for Policing Equity, said he believes the laws as a whole are a “strong legislative package” when it comes to curbing gun violence. But he said the social media requirement is unclear in its scope and implementation, and will need to be better defined in the near future. He added that he expects conservative groups, in particular, will fight the law on constitutional grounds.

Markham said the law includes a process to appeal if a person’s application for a concealed carry permit is rejected, which he believes can help increase accountability and provide space “for individuals who may feel like they’ve been judged incorrectly.”

“I think seeing how it is enforced and ensuring that there is some degree of equity will be really key,” he said.

What is the scope of the law?

The wording of the requirement suggests applicants only need to share their public content with officials, and that the purpose of the search is to corroborate written testimony from character witnesses, according to David Greene, civil liberties director of the Electronic Frontier Foundation.

Greene believes the social media rules are intended to look for stated intent to commit crimes with a gun. But Greene said there’s a host of information unrelated to a search for criminality that can be gleaned from accessing someone’s social media history.

“[It] can say a lot about someone’s political affiliations, about the community organizations they belong to, about religious groups they’re active in … and their familial relationships,” he said.

Greene said that context – which is hard to gather from a quick social media scan – is relevant to what people share on the platforms, and it can be difficult to get that from a profile alone .

“I question whether or not that part of the law will subject the state to lawsuits that will eventually find the law unconstitutional. And I also have serious privacy concerns with the state requiring somebody to submit social media accounts for review based upon unclear criteria as to what constitutes ‘good character’ and moral and what doesn’t. It’s messy,” Wandt said.

The New York City Bar Association Committee on Technology, Privacy and Cyber, which Wandt co-chairs, did not have time to offer input or feedback on the laws, either, he said..

Hochul’s office did not answer a question from the PBS NewsHour about outside expert review on the new set of laws.

Is social media monitoring for licenses used elsewhere in government?

Social media monitoring to get an official government license is a rare official policy but at least one other agency has adopted the practice.

According to the State Department, the collection and review of social media information is intended to “enhance the screening and vetting of applications for visas and other immigraiton benefits, so as to increase the safety and security of the American people.”

Wandt said that he is also concerned about social media reporting requirements being expanded to other professional licensing administered by the government, potentially forcing some people seeking these licenses to sacrifice privacy for their work, he said.

Wandt said there were also questions about how he social media information gleaned from firearm applications will be used or stored by law enforcement.

“Do these things go into a database when the NYPD pulls me over? Is there a database now that they’ll be able to look at and see my social media because I applied for a handgun? I think there are more questions than answers at this point,” he said.

Hochul’s office did not respond to a question from the NewsHour about what happens to the records of an applicant’s social media account after a permit is processed.

Which law enforcement agencies will conduct these searches?

Who will grant gun licenses in New York under the new law is dependent on the jurisdiction. In New York City, the NY Police Department issues gun licenses and will check social media accounts. Across the state, there may be some sheriff’s departments who conduct the checks, but in many cases, a county authority, such as a judge, issues the license. However, in those cases, responsibility for ensuring requirements for a gun license are met will still fall to the sheriffs.

“Troopers remain committed to this mission, and we are dedicated to stopping the criminals who traffic illegal guns and endanger our communities,” State Police Superintendent Kevin P. Bruen said in a statement.

NY Sheriff’s Association Executive Director Peter Kehoe said there is worry by sheriffs that the task of searching through social media accounts would be too difficult. He said there is a risk that law enforcement will miss something in the social media account of someone issued with a gun license who then goes on to commit a crime, putting that responsibility and accountability on the sheriffs.

READ MORE: Gun applicants in NY will have to hand over social media accounts

“It falls on the sheriff because he missed something when he was given an impossible task,” he said.

Kehoe adds that the definition of “character and conduct” under the new statute is too vague.

“The statute says that they have to give us social media accounts and we have to use those to determine whether or not the individual has the right temperament and judgment to be entrusted with a weapon,” Kehoe said.

“What we think shows good judgment might not be the next guy’s estimate of good judgment and it’s all gonna be based on the eyes and ears of the person who’s reviewing it,” Kehoe said.

However, Kehoe denied that political biases would play a role in vetting.

“They’re going to be looking at these accounts. And if they see something concerning, they’re gonna put that in their background report to the judge then it’s gonna be up to the judge to decide, I guess, whether or not that particular concern is disqualifying for the person to have a license.”

In a statement to the NewsHour, Hochul’s office said the law doesn’t change the nature of licensing, it simply adds a new requirement for applicants.

“Local law enforcement and licensing officials have always been responsible for evaluating information provided by prospective applicants to determine whether a permit should be issued. The law doesn’t change that,” the statement said.

“It simply requires them to consider social media activity and other new information as part of their review process for concealed carry applications.”

Is there any training being provided for those doing this vetting?

“Just on a very practical level, we don’t think we can do this.”

Applicants will only be required to provide social media accounts used in the past three years, however, Kehoe said law enforcement may be required to look farther back into those accounts.

READ MORE: New federal gun law could be a breakthrough for victims of abuse

“The statute didn’t provide any resources for us to do this and it’s just not going to be possible to get it done without additional manpower,” Kehoe said.

Hochul’s office did not respond to a question about whether additional training or resources would be provided to law enforcement in support of the new requirements.

The social media search may catch some people who shouldn’t have access to firearms but many more, including those who might be most dangerous and inhabit the darkest parts of the internet, will slip through the cracks, Wandt said.

“Putting all the constitutional and moral issues aside, I stand by my experience and research that shows me that the truly dangerous, disturbed people have multiple social media accounts, usually not under their real name, and I highly doubt that they will be reported on a application for a carry permit,” Wandt said.

Greene said asking whether it will work is the wrong question, since he believes such policies can be inherently harmful, especially if other government institutions, such as general law enforcement, adopt similar policies.

“I do think there’s something dangerous about institutionalizing and normalizing having people provide their social media accounts to the government,” he said. 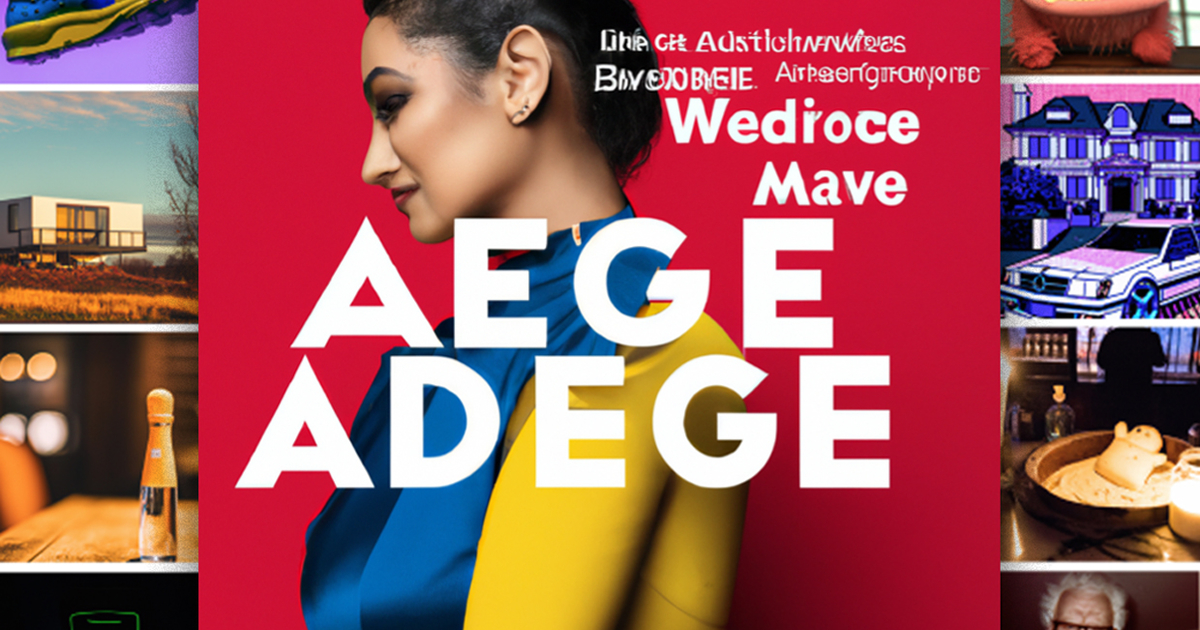