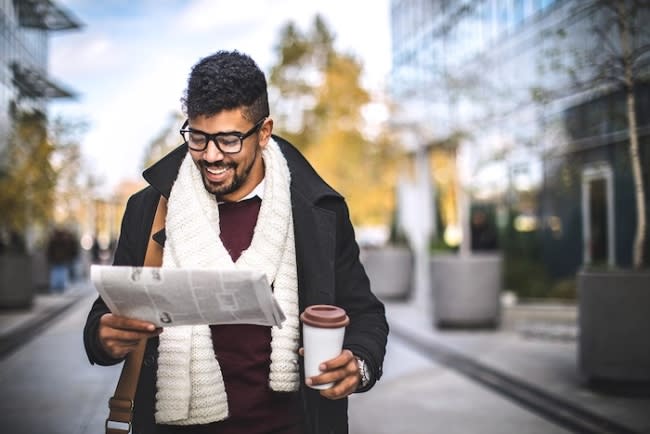 Global attitudes about the LGBTQ+ community have evolved dramatically over the past decade or so, and with more choices for content than ever before, LGBTQ+ audiences are flocking to content providers—and advertisers—offering authenticity and inclusion.

Consumers surveyed for our international LGBTQ+ inclusive media perceptions study find the most advertising inclusion on emerging media channels. Social media and influencers lead the way when it comes to perceptions of inclusivity, while LGBTQ+ people view newspapers and radio as least inclusive.

Social media and influencers are especially popular with LGBTQ+ audiences because they offer connections with real members of the community, and authenticity is paramount for meaningful inclusion. According to our survey respondents, avoidance of stereotyping is the No. 1 way to improve inclusion in content, followed closely by the need for more authenticity and realism.

The authentic connections influencers make with their audiences can have a big impact on consumer behavior—influencer ads drove a 9-point increase in both brand affinity and purchase intent relative to consumers who did not see the influencer ads1.

And this consumer influence is showing up in a surprising place: bookstores. The #BookTok community, for example, has become exponentially significant for authors and publishers. According to LGBTQ+ BookTokker Kevin Norman, “BookTok can reach a wider audience than any other social media platform, and it’s amazing at separating us into niches.” Garnering over 59 billion views on TikTok, BookTok features a variety of content for readers and writers, but its most popular and influential videos are book reviews. And all of these views are turning into big sales for booksellers.

In addition to NPD Bookscan reporting a 740% increase in sales of the LGBTQ+ genre over the last five years, Nielsen Scarborough data highlights that LGBTQ+ adults aren’t just more likely to have shopped in a bookstore; they’re 43% more likely to have made a recent purchase in the past three months.

Read as: People who identify as LGBTQ+ are 51% more likely to have shopped online at any bookstore in the past three months.   Source: Nielsen Scarborough USA+, Release 2, 2021

And books aren’t the only traditional media channel seeing an inclusion lift from social media influencers. While 58% of our survey respondents viewed magazines as less inclusive, influencers are making inroads with major publications, and turning their social celebrity into capital for brands who want to show authentic representation.

Model, vlogger, makeup artist, writer and actress Victoria Volkova is Mexico’s top LGBTQ+ influencer, according to Nielsen InfluenceScope. She identifies as a transgender woman and made the list of Forbes Most Powerful Women in 2018 for her activism for LGBTQ+ rights. Volkova made global headlines in 2020 when she became the first transwoman on the cover of Playboy Mexico. She shared the cover on her Instagram, with a post about how it was a milestone on her personal journey to self-acceptance. Several global brands like Motorola, Levi’s, Avon and Elle have embraced her influence to market their brands in Mexico.

In Brazil, top LGBTQ+ influencer Linn da Quebrada was featured in Vogue Brazil’s first LGBTQ cover feature in June 2021. A transgender rapper, she uses her groundbreaking music (a mix of funk carioca and hip hop) to amplify her activism for the queer and transgender community in Brazil. Most recently, da Quebrada partnered with Absolut Vodka in an outdoor marketing campaign.

This increase in interest for LGBTQ+ content speaks to a larger desire by all audiences to see content that celebrates diversity. In fact, last year’s Nielsen identity and representation study found that 87% of respondents are interested in content featuring people from outside their own identity group. And brands that work to better understand the nuances within the LGBTQ+ experience and partner with LGBTQ+ influencers to create authentic engagements with consumers can increase inclusivity—and ROI.