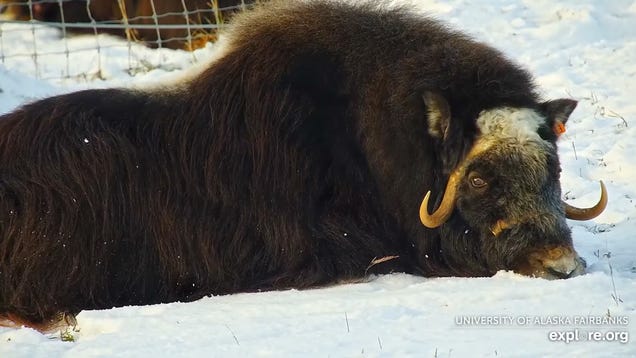 Merida, a 3-year-old female musk ox seen in the livestream.

The University of Alaska Fairbanks has teamed up with Explore.org, an organization with a network of live nature cams, to launch a webcam that gives you a live look at the university’s musk oxen, reindeer, and bison.

The webcam shows a pasture at the university’s Robert G. White Large Animal Research Station in Fairbanks. The musk oxen at the University of Alaska are mostly used for education and research, according to a university release.

In the foreground of the camera’s view is a musk ox pasture, and reindeer can be seen in the background. The youngest musk ox at the university is 7 months old, and the oldest is 18 years old. The university hosts 41 reindeer and 11 wood bison (Bison bison athabascae), the larger of the two bison species that live in North America (plains bison are Bison bison bison).

As of November 3, it’s snowing in Fairbanks, making a picturesque winter wonderland tableau for livestream viewers. That’s no issue for the musk ox, an animal that regularly endures winter storms and temperatures of well below freezing.

Musk Ox Camera at the University of Alaska Fairbanks powered by EXPLORE.org

According to the National Parks Service, musk oxen handle the cold thanks to two layers of fur. Their outer layer consists of the longest fur of all North American mammals, and its undercoat (or qiviut) is finer than cashmere and eight times warmer than sheep’s wool, though much more durable.

Musk oxen conserve heat and energy during the winter by moving as little as possible—a behavior that some humans may find familiar.

The webcam will only operate during daylight hours, so to watch these furry creatures at night you may have to visit some in person. It intermittently pans, showing the viewer different stretches of the pasture the musk oxen inhabit.

If you don’t have a nice window for birdwatching and need something mildly entertaining, the musk oxen livestream is well worth watching.

More: Smithsonian’s Baby Cheetah Cam Is the Warmest and Fuzziest Stream on the Internet This Week 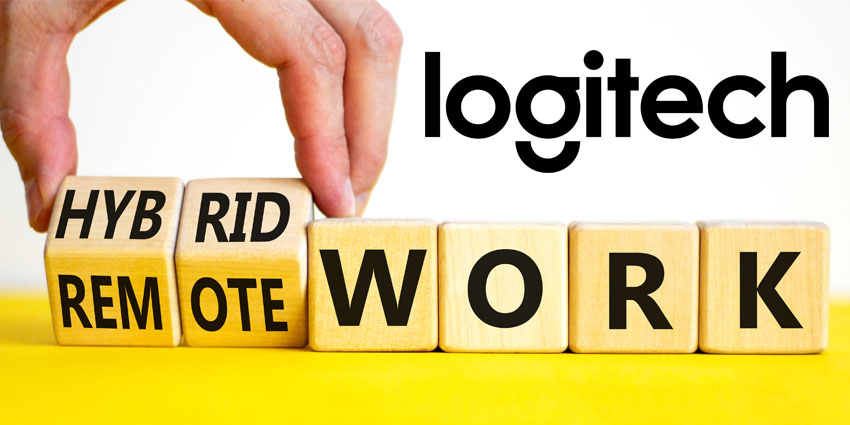