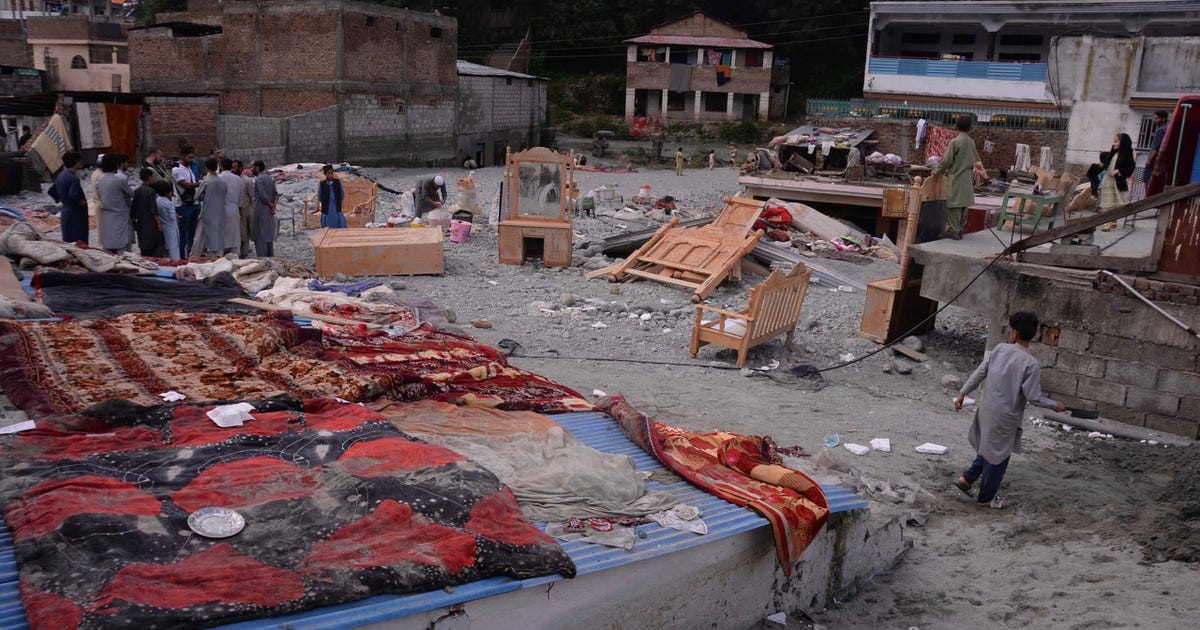 There are too many heartbreaking images to count of the widespread flooding in Pakistan that’s already taken the lives of over 1,100 people, caused an estimated $10 billion-plus in damage and displaced millions.

The flooding is being attributed to a historic monsoon season of seemingly never-ceasing rains that have led to flash floods in the northern province of Khyber Pakhtunkhwa along the Kabul River and the Swat Valley. Numerous clips show the raging waters rolling massive boulders through towns, washing out concrete bridges and turning homes and even large hotels into driftwood.

But there are also inspiring images of heroism and bravery, the likes of which often pop up in the midst of calamity. Rescue teams have been deployed across the country armed with rafts and ingenuity, and plenty of individuals have swung into action at a moment’s notice as well.

Farther south, the low-lying and heavily populated provinces of Sindh and Balochistan have become vast wetlands in places, with countless families pitching tents on the side of road beds or on whatever dry patch of land they can find.

“Literally, one-third of Pakistan is underwater right now, which has exceeded every boundary, every norm we’ve seen in the past,” Pakistan Climate Minister Sherry Rehman told AFP.

It will be a while before scientists can assess how much climate change may have played a role in these historic monsoons, but NASA points out that the flooding has been exacerbated by the ongoing melting of Pakistan’s 7,000 glaciers, which can be attributed in part to human-caused warming. The nation is home to the most glacial ice beyond the polar regions.

Officials are cautiously optimistic that flood waters are now beginning to recede, but it will be years before the country can begin to return to normal in most aspects.

If you’d like to help Pakistan relief efforts, there are a number of donation portals to check out, including one set up by GoFundMe, the international aid group CARE, and the Pakistan-based Alkhidmat Foundation.