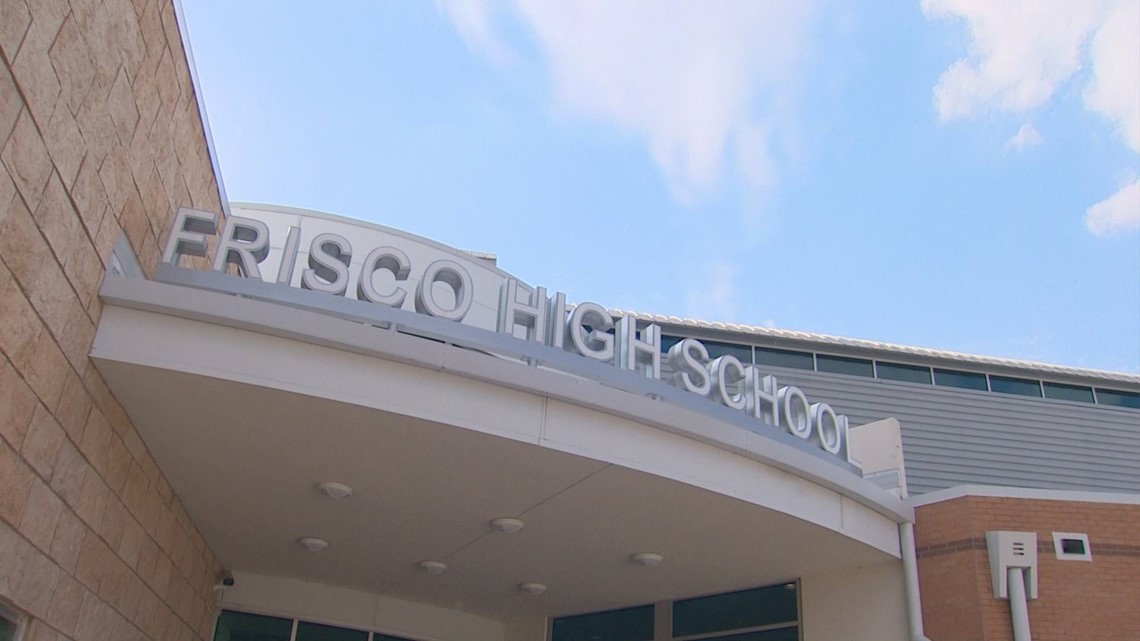 FRISCO, Texas — Frisco High School had an added security presence Monday after a threat was made on social media over the weekend, principal Shawn Perry told parents in a letter.

Perry emphasized there was no active threat to the school. But over the weekend, a student reported seeing a threat on social media against Frisco High School.

Perry described the threat as an “apparent threat of violence,” but more information was not released.

Frisco police said they “believe they have identified the origin of the post” and that there is no danger to students or staff.

Out of precaution, officials have increased security at the school with more Frisco police officers on campus.

Perry asked to parents to “remind your students that while they may be ‘joking’ about having a weapon or threatening harm” to the school, it’s still a crime, ranging from a Class A misdemeanor to third-degree felony.

“Frisco ISD supports the Frisco Police Department’s full prosecution of any individual that threatens harm to our students, staff and campuses,” Perry wrote.

North Texas schools have upped security and school safety efforts across the board following the shooting in Uvalde in May. Lamar High School in Arlington earlier this month added police presence after a social media threat. Nothing came of the threat but the school upped security out of precaution.

Frisco officials asked students and parents to send any information about the social media threat, or other threats, to police at 972-292-6010. Anonymous tips can also be texted by sending the word “FriscoPD” to 847411.

Students are also encouraged to use the STOPit app to report concerns to school officials.