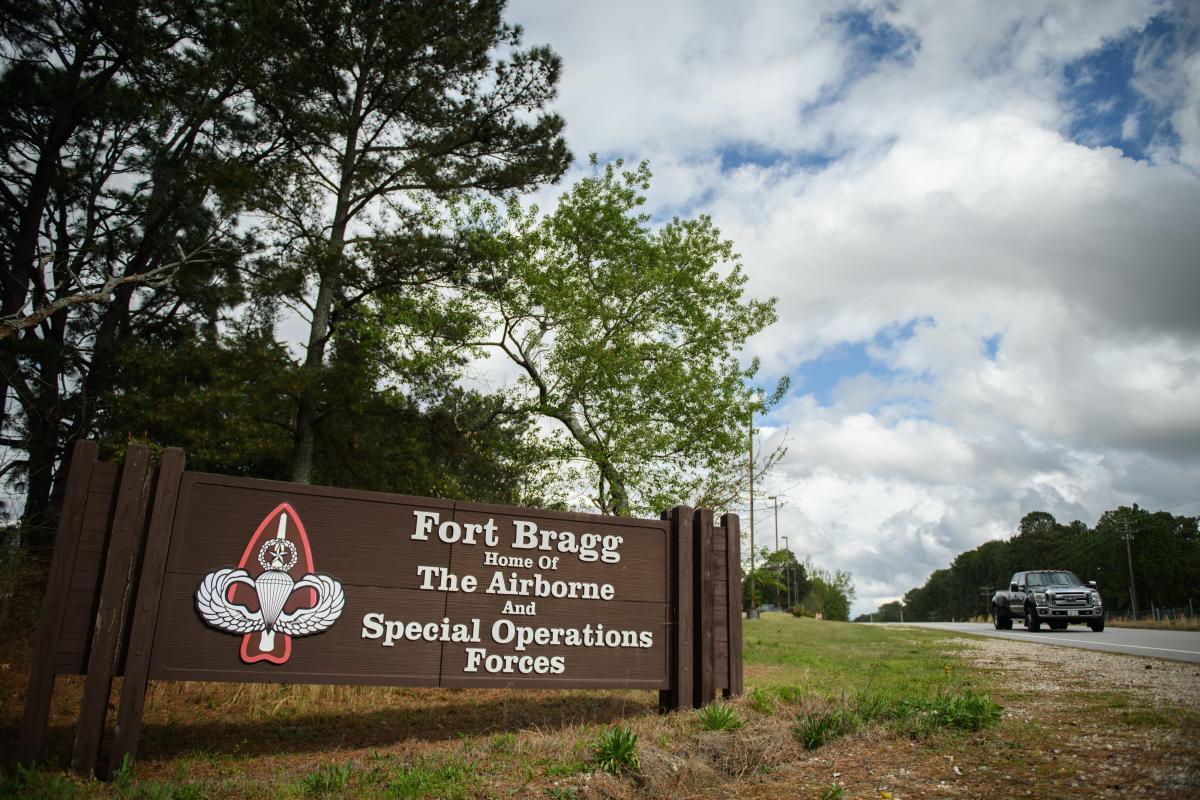 A former Fort Bragg soldier who federal prosecutors allege said he joined the military to kill Black people is facing a federal charge of making a false statement on documents in order to get a security clearance, according to court records.

Ryan enlisted into the Army on May 27, 2020, as a joint fire support specialist — a military occupation that requires a secret security clearance — according to an Aug. 25 criminal complaint filed by a Fayetteville Police Department officer assigned to the FBI Joint Terrorism Task Force.

A spokesman for the 18th Airborne Corps said that Ryan served with the unit until his arrest.

“He held the rank of specialist and was separated for serious misconduct,” the spokesman said.

‘Military-directed move’: What are the costs of Fort Bragg’s substandard barracks?

Read this: These are the top-paying civilian jobs on Fort Bragg

According to the complaint, Ryan submitted a form for security clearance before his enlistment on May 15, 2020, which allegedly stated he had not had contact with his biological father in more than 10 years.

The complaint states that Ryan’s biological father is a convicted felon with a history of drug and auto theft violations in Washington and California.

The complaint states that Ryan received 36 separate phone calls between April 1, 2020 and March 23, 2021, from a number believed to belong to his biological father and that one of the calls was before Ryan submitted his security clearance form.

The complaint states that an investigator found several social media accounts belonging to Ryan’s father, which showed a June 17, 2019, photo of Ryan and his father at Ryan’s high school graduation.

The social media account believed to belong to Ryan’s father “has been in contact with numerous accounts associated with racially motivated extremism,” the complaint states.

The investigator also found several social media accounts, one of which has Nazi in the username, tied to Ryan based on email addresses and phone numbers. One of those phone numbers, according to the complaint, Ryan used as his phone number on the questionnaire for the security clearance.

The complaint alleges that all of the social media accounts had been in contact with numerous accounts “associated with racially motivated extremism.”

On one of the accounts, Ryan allegedly said he enlisted in the Army for combat experience so he would be “more proficient in killing (racial epithet),” the complaint states.

If convicted, he could be sentenced to up to five years in federal prison.

Ryan’s case is not the first instance of Fort Bragg soldiers being linked to extremist groups.

Frazier Glenn Miller was a former Fort Bragg soldier and Vietnam veteran who founded the Carolina Knights of the Ku Klux Klan in 1980 and the White Patriot Party in 1985,

According to Miller’s autobiography, he was living in Angier and stationed at Fort Bragg in 1974 when he first joined a racist group.

Related: Fort Bragg Special Forces not part of extreme groups, and other rumors battled this year

Miller was convicted of killing William Corporon, 69, and Corporon’s 14-year-old grandson, Reat Underwood, on April 13, 2014, at the Jewish Community Center in Overland Park, Kansas. He also killed Terri LaManno, 53, who was on her way to visit her mother at a nearby Jewish assisted living facility.

Miller testified at trial that he wanted to kill Jewish people. In 2015, he was sentenced to death and appealed to overturn the death sentence last year, but died before the court could issue a ruling.

In 1995, two Fort Bragg soldiers were convicted of racially motivated killings in Fayetteville.

James Burmeister and Malcolm Wright were charged with killing Jackie Burden and Michael James, a Black couple, in downtown Fayetteville in December 1995.

Prosecutors said the soldiers were neo-Nazi skinheads who were hunting Black people the night of the killings.

Both were convicted and given life sentences.

The slayings prompted the Army to investigate whether other soldiers had ties to white supremacist activities.

Following the Jan. 6, 2021, riots at the U.S. Capitol, the Department of Defense issued a statement saying it “prohibits military personnel from actively advocating supremacist, extremist or criminal gang doctrine, ideology or causes,”

In February 2021, Austin issued a 60-day stand-down directive for commanders to discuss with servicemembers extremism in the ranks.

The 18th Airborne Corps spokesman said the Army “does not tolerate racism, extremism, or hatred in our ranks.”

“The Army prohibits military personnel from participating in extremist organizations and activities,” the spokesman said. “There is no place for extremism in the Army.”

Staff writer Rachael Riley can be reached at rriley@fayobserver.com or 910-486-3528.

This article originally appeared on The Fayetteville Observer: Former Bragg soldier accused of having ties to extreme organizations