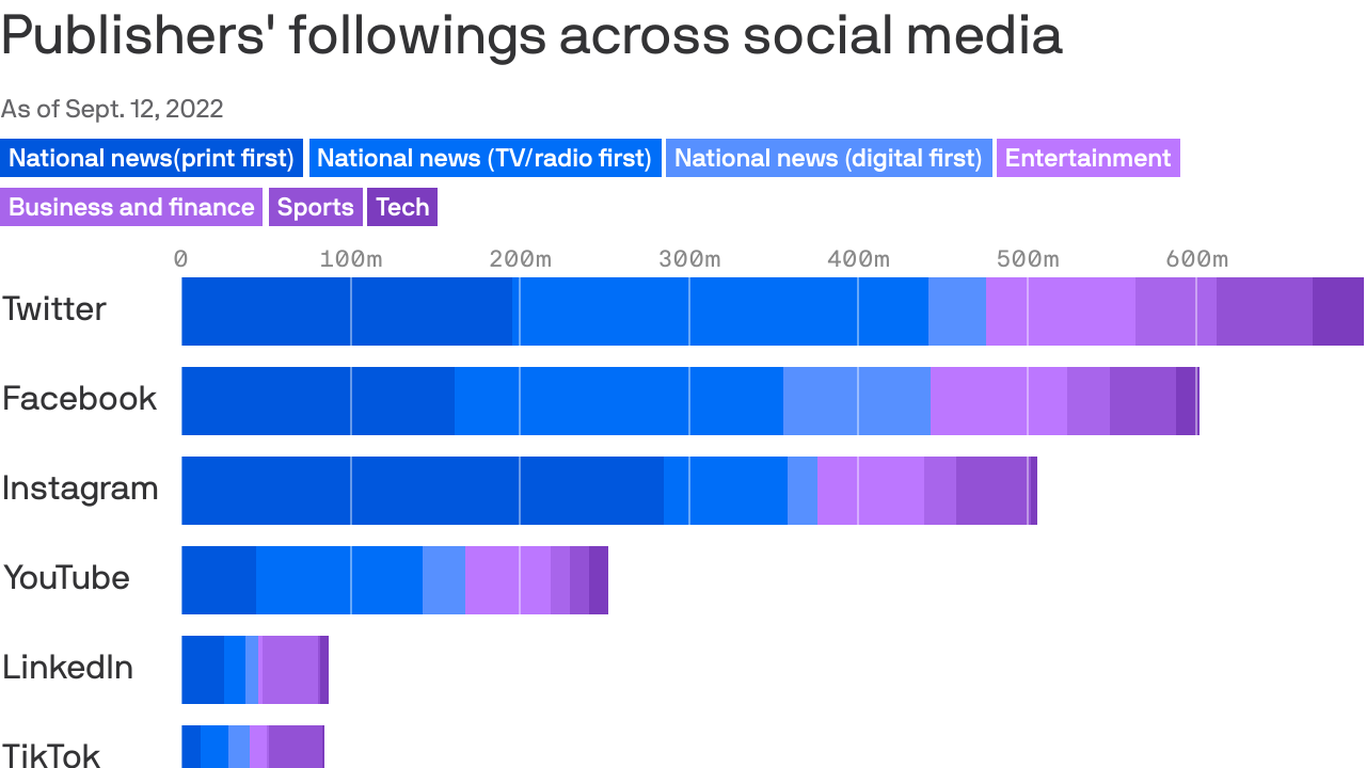 Twitter is still the place where media publishers collectively have the largest audiences, followed by Facebook and Instagram, according to an Axios analysis of 82 major news, entertainment and sports publishers.

Why it matters: While some publishers are finding quick success on TikTok, the platform yields fewer overall followers for publishers than other social platforms.

Details: Roughly one-quarter of media outlets analyzed do not have official TikTok accounts. Many that do still have relatively small followings.

Yes, but: Publishers’ low follower counts on TikTok could stem from many outlets choosing to not yet invest meaningfully in it.

Be smart: National Geographic, by far, has the largest social following across its main accounts, with more than 340 million followers over six major platforms (not taking into account duplication).

Of note: While the analysis didn’t include local news outlets, which aren’t built to scale in the same way that national media companies are, Axios found that Twitter is also their most followed platform. That’s followed by Facebook. 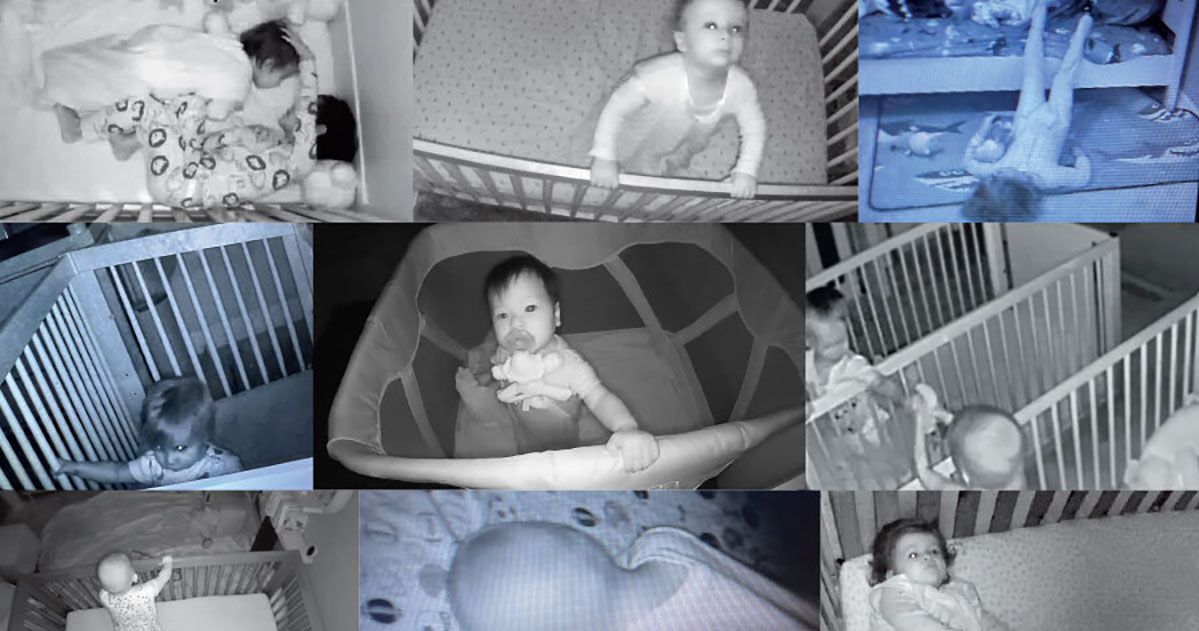