Several followers of a social media influencer who calls himself a “god” and leads an abstract spirituality group online have been accused of two separate murders in Alabama.

Rashad Jamal White, known among his followers as Rashad Jamal, is the leader of a group popularized online known as “The University of Cosmic Intelligence,” in which Jamal preaches about a spirituality exclusively for Black and Latino people, whom he says are natural earthly beings while White people are not.

The group is “geared toward enlightening and illuminating the minds of the carbonated beings, a.k.a. your so called [sic] Black and Latino people of Earth,” the university’s website, which includes links to everything from music to books to an online store for the group, states. Fans can purchase different crystal necklaces and bracelets, which are all listed at $111.11 each, a record for $99.39 or t-shirts for $66.93.

Jamal, a husband and father, is currently charged with three counts of child molestation and two count of child cruelty in Borrow County, Georgia, where he is detained.

In an apparent jailhouse recording uploaded to YouTube by a follower, as tech news outlet Motherboard first reported, Jamal says he has been “detained since May 3.” In the recording, he calls human bodies “avatars” and relays the belief that humans are perfect upon conception but injected with “nanobot technology” at birth and placed under a lockdown with “social programming through sex, violence and drugs and movies and music.”

“I am a god, and all of my people, the Black and Latino people, are gods. And we were made in the image of our creator,” Jamal said in the recording. “Therefore, I am an extension of Her/Them, and I am the creator and destroyer of my reality, so I take full responsibility for all events that I have experienced through this lifetime, for this is what we call shadow work in the spiritual realm.”

Jamal then denied the allegations against him, saying he has “never, and will never, harm an innocent child.” His followers also maintain his innocence.

But three apparent supporters of Jamal’s work online have been accused of two separate murders in Alabama since January.

Alyza Berman, founder and clinical director of The Berman Center, a psychotherapy and mental health treatment center in Atlanta, says that online relationships, because they are “intangible,” often have a “surreal” aspect to them that can then translate into real-life obsession.

“When you finally get the opportunity even to meet that [cult] leader in person, they become this godlike figure to you and you do things that you never thought you would do because you want that acceptance and that approval, and you don’t want to disappoint the reader,” Berman, who has experience working with clients who have been involved in cults, told Fox News Digital.

But even those followers who “don’t live close to the leader” can follow his or her messaging on social media and “follow through with the things that the cult leader” is asking and telling them to do. The cult leader promises of “a better life,” more wealth, or a “closer connection to God” if his or her followers agree to do “heinous things — terrible things, at times — even hurtful to people.”

“It looks like a mental health issue,” Berman said when asked about the signs of someone following a cult might look like. “…They’re talking about things that really just don’t make sense.”

A son accused of killing his mother

In January, Damien Winslow Washam, 24, was charged with murder, attempted murder, attempt to elude and other crimes after he allegedly killed his mother with a sword on Jan. 16. He also allegedly injured his uncle, who has cerebral palsy, and his brother on the same evening.

Washam fled the scene and refused to stop as authorities chased him, according to the Mobile County Sheriff’s Office. Saraland police set up spike strips that ultimately ended the pursuit. Mobile County Capt. Paul Burch told The Associated Press that Washam “had absolutely no remorse whatsoever and that’s probably the most shocking part of it.”

In January, Damien Winslow Washam, 24, was charged with murder, attempted murder, attempt to elude and other crimes after he allegedly killed his mother with a sword on Jan. 16. He also allegedly injured his uncle, who has cerebral palsy, and his brother on the same evening.
(Mobile County Sheriff’s Office)

Washam’s father, Hubert Washam, told Motherboard that his son used to be a normal young man who liked to play a lot of video games until he got caught up in Jamal’s videos after learning about the influencer on a “Call of Duty” chat, but then be started becoming obsessed with getting energy from the sun.

“He was listening to those conspiracy kind of videos and it was dumb as hell,” Washam told the outlet. “It was stupid. I tried to look at some of these videos and I can’t even listen to them, it’s so dumb. Lizard people and aliens.”

At first, Washam was “feeling good because I thought he was done with the gaming,” he told Motherboard. “But I didn’t know that these videos he was watching were as crazy as they are. My son started doing some crazy-ass stuff.”

Krystal Diane Pinkins, 36, and Yasmine Hider, 20, are charged with first-degree murder in the Aug. 14 killing of 22-year-old Adam Simjee of Apopka, Florida, as well as multiple counts of robbery and kidnapping in Clay County, Alabama. Pinkins is also charged with endangering the welfare of a child.

The pair also reportedly has connections to Jamal’s work through social media, according to Motherboard. Pinkins allegedly has ties to a Memphis real estate agent and self-described “sovereign empress” who closely follows Jamal’s work and shared a letter she wrote to the Borrow County judge in Jamal’s case with Motherboard in which she advocates for his innocence. Hider was also tagged in a photo group with the same Memphis woman and reportedly began sharing Jamal’s content on social media in the months leading up to the alleged crime, according to the outlet.

On Aug. 14, Simjee and his girlfriend, 20-year-old Mikayla Paulus, were driving near the Cheaha State Park while on vacation before the start of a new school year at the University of Florida, according to local news reports at the time.

Yasmine Hider allegedly attempted to rob the couple at gunpoint while Pinkins watched from the woods. Simjee, who had his own gun, pulled out his weapon and ordered Hider to drop hers, at which point Hider allegedly fired at Simjee, and he fired back.
(Clay County Sheriff’s Office)

The pair pulled over when they saw Hider, who appeared to be having trouble with her car. When they could not fix her car after about 30 minutes, Hider allegedly attempted to rob the couple at gunpoint while Pinkins watched from the woods. Simjee, who had his own gun, pulled out his weapon and ordered Hider to drop hers, at which point Hider allegedly fired at Simjee, and he fired back WBRC reported.

“I don’t know how Mikayla didn’t get shot in all of that, but she had taken off her shirt to stop the bleeding, and she called 911 and was giving him chest compressions,” Heather Lambert, Paulus’s mom, told the outlet. “She thinks he was alive for at least 20 minutes, but it took them at least 30 minuets to get there. I don’t know what would have happened if he didn’t have the gun on him.”

Upon further investigation, the Clay County Sheriff’s Office was informed that Hider may have been “living off the grid” with an armed group in the Talladega National Forest. The sheriff’s tracking team eventually located what appeared to be a base camp for the group, where they located Pinkins and her 5-year-old son, who was carrying a loaded shotgun, according to WBMA.

Pinkins is accused of watching from the woods while Hider allegedly attempted to rob and kill Adam Simjee.
(Clay County Sheriff’s Office)

The Clay County Sheriff’s Office, Clay County District Attorney’s office personnel, defense attorneys involved in the case, and witnesses have been barred from speaking to the press about the case due to an Aug. 17 gag order. Clay County Sheriff Jim Studdard was also ordered to remove all social media posts referencing the case.

Social media has given cult leaders a chance to spread their messages farther than they have in the past, when cults were mostly made up of people in the same communities, Berman explained. There are certain signs people can look for in those they believe may be following a cult online.

GET THE FOX NEWS APP

“They…separate themselves from you in a weird way. They start talking about this leader. They are constantly watching him or on social media. They separate themselves from loved ones and family and friends and … only really hang out with these group of people. It’s very black and white. There’s no moderation. There’s no gray. And they won’t listen to anyone else. They only think this is the word, this is what we have to do.”

Berman suggested that family and friends of people who start to exhibit manic or cult-like behavior seek professional help rather than try to reach out directly to their loved ones, as cult-like behavior often has dangerous consequences.

Audrey Conklin is a digital reporter for FOX Business and Fox News. Email tips to audrey.conklin@fox.com or on Twitter at @audpants. 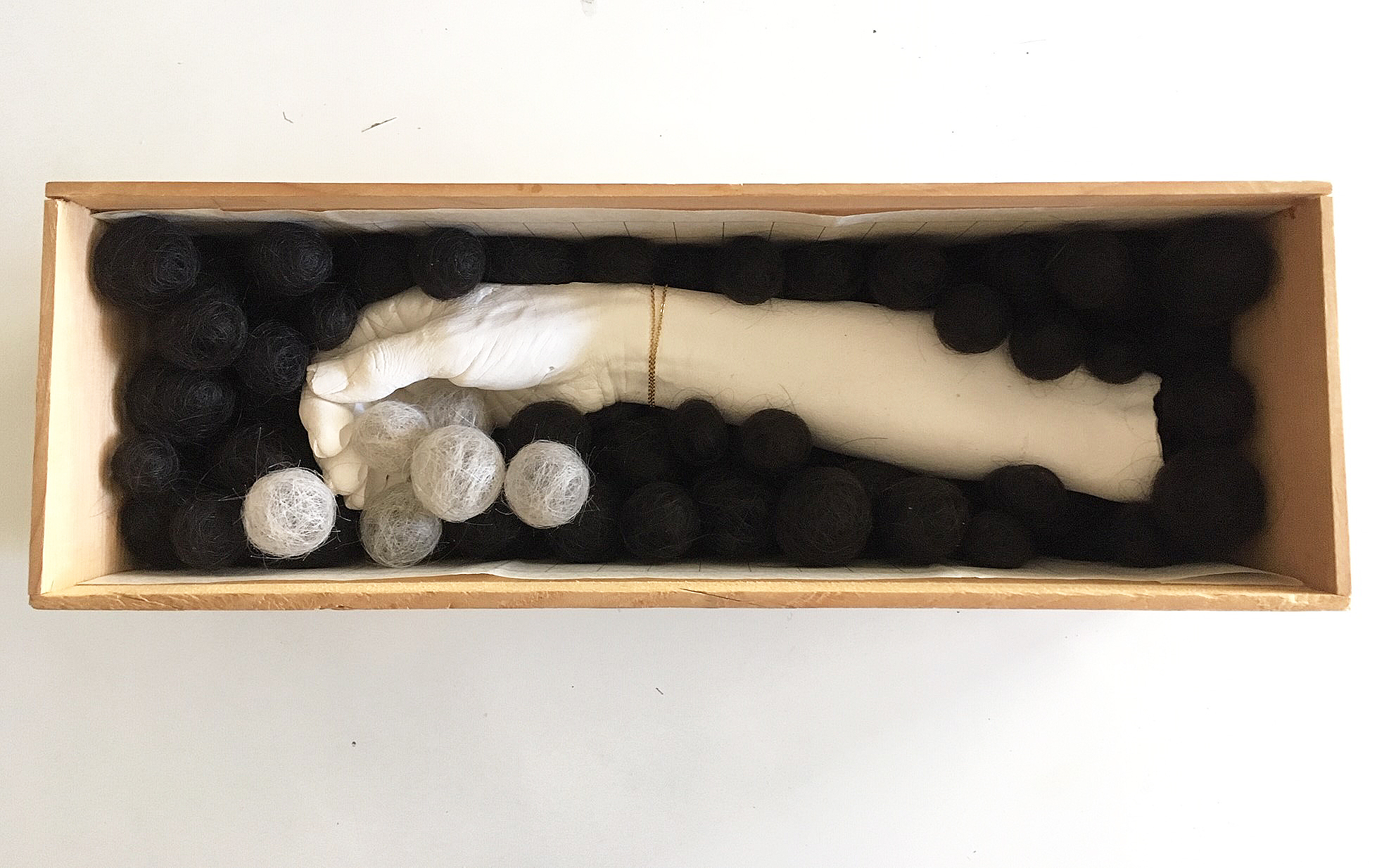