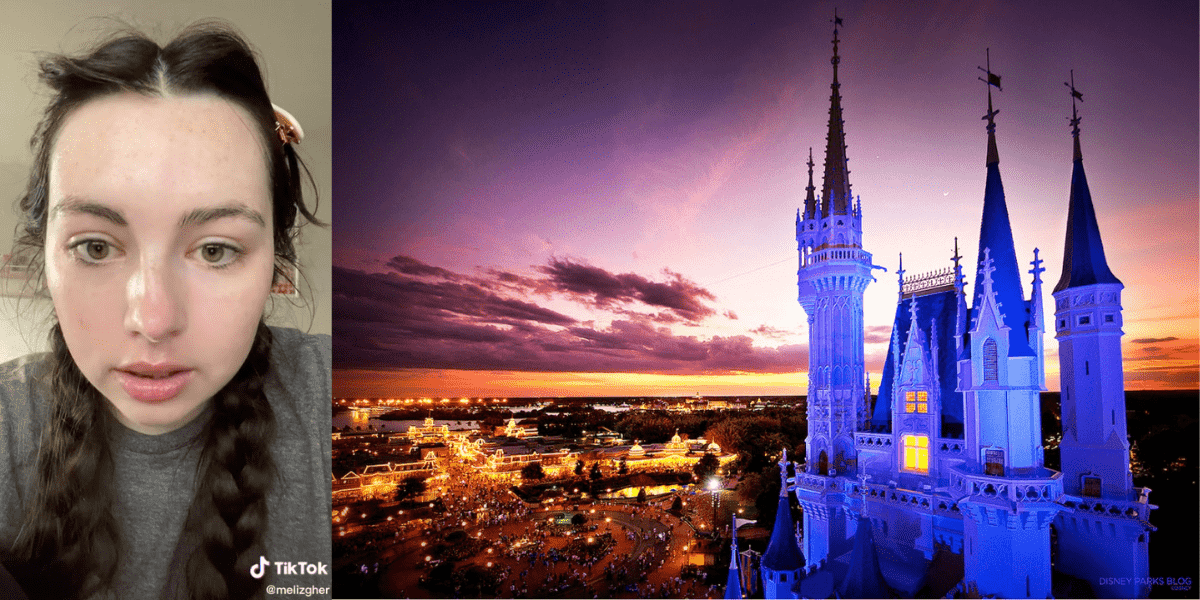 Over the past few months, we’ve reported on many Disney Parks influencer controversies. Disneyland Resort fans petitioned to get one couple banned from the Park after allegedly visiting while sick. Another influencer went viral for wearing a full-length ball gown and getting asked to change due to a “security issue.”

Disney influencers have popped up over the last decade as social media has become more interwoven with our everyday lives. Hundreds of Disney social media personalities make a living sharing their love for Disney Parks.

TikToker @melizgher (Megan) is not a Disney influencer but lives minutes away from Walt Disney World Resort outside Orlando, Florida. She says it would be easy to go viral and gain a following using her proximity to EPCOT, Magic Kingdom, Disney’s Hollywood Studios, Disney’s Animal Kingdom, and Disney Springs:

However, Megan doesn’t want to contribute to the increasing number of Disney influencers that she says “ruined” the Parks:

“I live next door to Disney World. So you may wonder, ‘Megan, why haven’t you tried to take advantage of that and try to use that to go viral and gain a following on social media?’ Well, I don’t want you guys to know my Disney secrets. Social media has ruined the Parks, and I am not going to contribute to that.”

It seems that many Disney Parks fans agree. Megan received comments such as “MAJOR kudos,” “amen,” and “keep those secrets safe!”

Have you noticed a difference at Walt Disney World or Disneyland Resort because of social media?