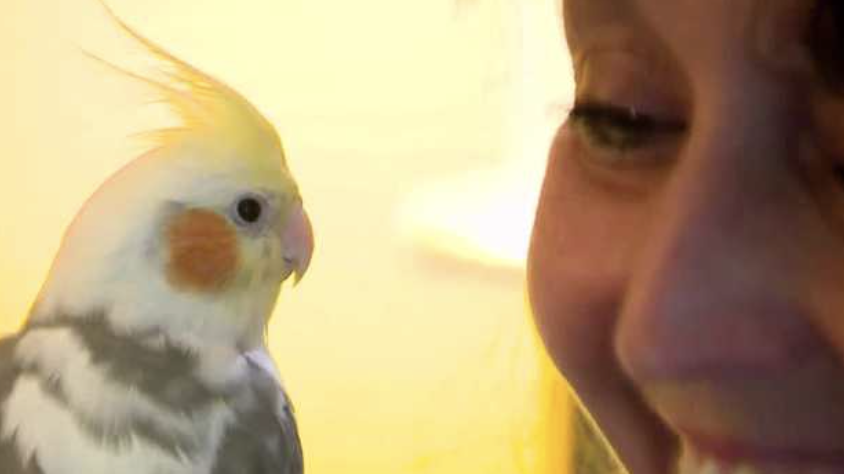 A missing bird was reunited with his family in Londonderry, New Hampshire, after being gone for days.

With two cats, a dog and even a duck, one thing is clear — the Jacksons love their animals. But perhaps the glue of the family is 2-and-a-half-year-old cockatiel Farley Cheeks McMann.

Apparently, peanuts are the only thing he loves more than attention. “He likes eating whatever we’re eating,” Jackson said.

Then last Wednesday, tragedy struck when Farley Cheeks got out the back door.

“He slowly went more and more distance, and I just knew he took off somewhere,” Jackson said.

Karen took to social media and asked the community for help.

“It just blew up, like it was just — I couldn’t believe it,” Jackson said. “So many people shared and had comments and provided great information.”

Farley Cheeks was spotted by a couple about 40 miles away from his home in South Hampton, New Hampshire.

“They were walking in a parking lot, and they found him just lying like by some construction debris,” Jackson said.

The discovery led to a happy reunion.

A trip to the vet is next for Farley Cheeks.

“I may not be clipping his wings because it does make him happy, and it does keep him safe, but we’re going to be extra careful when we’re leaving the door,” Jackson said.