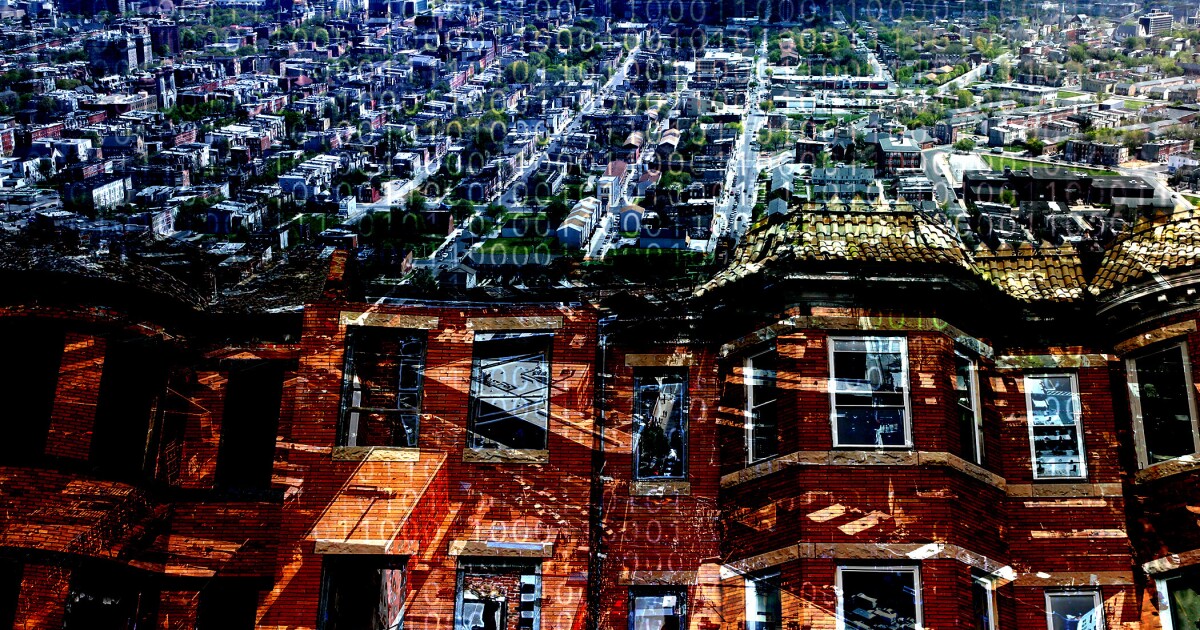 Looking at aerial imagery to find vacant properties in Baltimore City isn’t a new idea for the Department of Housing and Community Development.

“Around 2018, we were looking at [those images] and trying to figure out how we could do a better job of surveying the [denser] areas with high vacancy to see what the roof conditions were,” says Deputy Commissioner for Permits and Litigation Jason Hessler.

That summer, the Department put their student interns to work, going through a program that would help the department identify roof damage.

Why look at rooftop damage?

“The roof is what I call the Achilles heel of the Baltimore row home,” says Alice Kennedy, the Housing Commissioner for Baltimore City. “Really being able to capture and see that roof damage from an aerial perspective can start to provide significant information to us.”

But, now, instead of interns, their turning to artificial intelligence.

And just like any student, it’s got a lot to learn.

So far, DHCD is about a third of the way through a list of 1,000 properties with what the program identified as the worst rooftop damage.

“The fact that it is AI.. we’re now manually going through some of that outcome. It’s only going to get better, because the program can be trained to improve,” says Hessler. “Where a rooftop deck threw it off, they’ll be able to kind of program that in and weed those out in the future.”

Of the third of the AI’s list that’s been checked by human eyes, about 17% were not vacant properties.

“The biggest misses were buildings [that] actually didn’t exist, but previously it existed,” he says.

So far, the AI program has already identified a building that should have had a Vacant Building Noticed attached to it, and has prompted the City to tear down four more.

A year after the fire that took the lives of three firefighters, this is just one of the ways the City is working to make Baltimore safer.

“We actually started working with Carnegie Mellon on this next iteration before the Stricker Street fire,” says Kennedy. “So it wasn’t the impetus for the work. It just reaffirmed the reason why we know that this is an extremely useful and helpful tool when we look at our vacant properties in the City.”

RELATED: After the Collapse: Another Look at the Stricker Street Fire

Hessler says there are three things he hopes the program will help the City with in it’s work addressing vacant buildings.

“Identifying any potential vacants that we didn’t know about.. looking for emergencies to make sure we’re staying ahead of that and protecting the public and.. being able to prioritize where we invest money in stabilizing vacant buildings.”

They’ll keep working with the data and teaching the AI program to recognize roof damage.

“That roof,” says Kennedy, “really is a key piece that can start to impact the deterioration of a Baltimore row home very quickly.”

And they’re sharing this data with the Fire Department, making it safer for firefighters.

“There’s a couple of different things that we’ve been doing in partnership with the fire department,” says Kennedy. “This is in addition to – so we have been working with the fire department on the tagging and putting up the signs.. that are now popping up on the buildings based off of visual outside inspection of those buildings.. [and] we’ve improved upon the data sharing between DHCD and the mayor’s office and the fire department as it relates to improving the data sharing that is in the CAD system, and the rooftop study only goes to support.. those efforts.”

More on this effort can be found here.