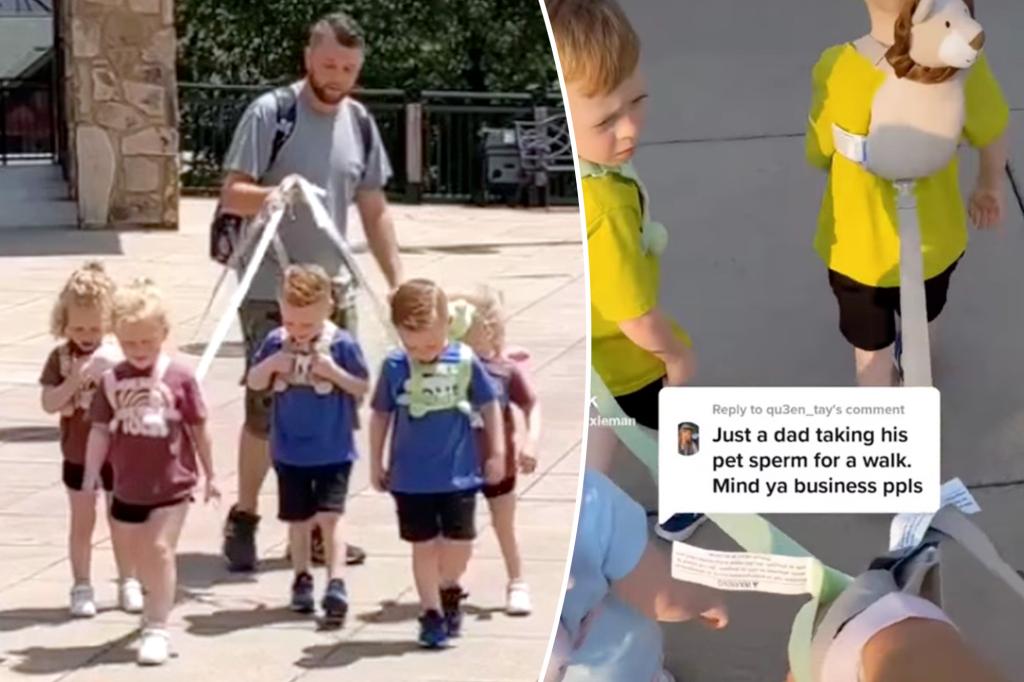 Social media has been unleashed.

A Kentucky dad has been blasted for using a leash to restrain his 5-year-old quintuplets on a walk.

Jordan Driskell, 31, uploaded a video to Instagram last month that showed his kids tethered together as they tottered along.

“Come walk a mile in my shoes,” the father captioned his clip, seeming to defend his use of the restraining device.

Driskell and his wife Brianna, 34, say it’s difficult to keep an eye on their kids — Zoey, Dakota, Hollyn, Asher and Gavin — and regularly leash them together while running errands.

But social media pundits proclaimed that only animals should be tied up and said they were disturbed by the sight of the father controlling his kids.

“Those kids are way too old to be walked on a leash like a damn dog,” one detractor declared.

“They are not dogs. How about teaching them what to do?” a second critic quizzed.

Meanwhile, a third sassily quipped: “Are you gonna train them to pull a sleigh next? Which one has the red nose? Are any of them rescue?’”

However, there were also a large number of people who defended the dad over his unorthodox restraining practice.

“Do what you have to to keep them babies safe! Love is what I see. None of them look stressed at all. Good for you,” one champion cheered.

“Keep it up Dad! They are safe, you are sane and naysayers are stupid,” another enthused.

There are no specific laws that forbid the leashing of children in the US, but one pediatrician has advised against the practice, telling Good Housekeeping: “I’m not happy to see children leashed like pets.”

He cited safety concerns, further stating: “As the father of three, I am well aware of how quick, impulsive, and unpredictable kids can be. But from an injury standpoint, I would worry about entanglement or choking.”

But Driskell doubled down on the fact he frequently leashes his kids, sharing a separate video to his popular TikTok account.

“Don’t mind me!” he captioned the clip, which was filmed from his perspective and showed his quintuplets tied up as they walked in front of him. 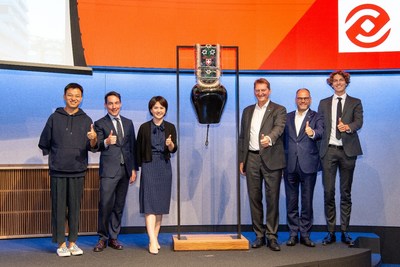