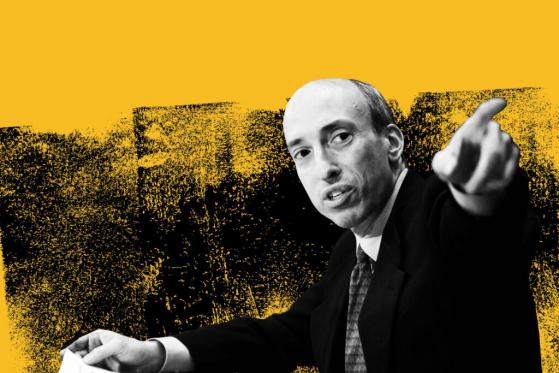 As crypto regulation becomes a more prominent issue, the chairman of the Securities and Exchange Commission, Gary Gensler, has hired former Senate aide Corey Frayer to serve as an advisor on matters related to cryptocurrency.

The appointment of a crypto-focused senior adviser falls in line with the SEC’s stated focus of establishing a regulatory framework for the cryptocurrency industry.

Corey Frayer was one of four new staff members to join the SEC, though the roles of the remaining three members do not specifically pertain to cryptocurrency.

Many believe that the appointment could be a signal that the SEC is stepping up its efforts to regulate the crypto industry in 2022.

The developers of 2021’s most viewed cryptocurrency, Shiba Inu, have announced the launch of the beta version of DAO 1 – a Doggy decentralized autonomous organization. The move will increase the decentralization of the network.

The Doggy DAO will be run and fully controlled by the SHIB community, otherwise known as the Shiba Army. It will also give the SHIB community voting rights and the responsibilities in regards to Shiba Inu governance.

Since Buterin introduced a deflationary mechanism via burning on the Shiba Network, over 1,000 independent burns have taken place. While Bigger Entertainment has outlined its roadmap for further burning Shiba Inu in 2022, it also has plans for a blockchain game, ‘MixDraft.’

In addition to the 2.95 billion SHIB which Steven Cooper, the owner of Bigger Entertainment has said will be burned, the company plans on launching a Fitness App. According to Cooper, the app will burn SHIB tokens as users burn calories.

The increasing number of use cases for Shiba Inu is gradually changing the narrative around meme coins, which used to be about its lack of utility.

Ending what has been a turbulent year for its relationships with regulators across the globe, Bitchina reports that Binance will suspend customer to customer (C2C) trading for users in mainland China.

In October, the world’s largest crypto exchange suspended the trade of Chinese from its C2C platform. Binance has now bowed to China’s stance against decentralization by shutting down its activities entirely in mainland China.

As Binance leaves China, the exchange has recommended a replacement. Binance suggested that its verified partner, Pexpay, could be used as a substitute C2C trading platform in China.

Although Binance has suspended its services in China, the exchange continues to work with regulators towards global adoption.

Since embraced staking, more options have arisen through which investors can lock their ETH to earn rewards. One of such platform is Rocket Pool (NASDAQ:), a next generation decentralized ETH 2.0 staking pool protocol, which has surpassed $360 million worth of total value locked (TVL).

While there are other ETH 2.0 platforms with more than $360 million in TVL, Rocket Pool reached the milestone within a mere five months of its launch. According to DefiLlama, $368.39 million is currently staked on Rocket Pool.

Speaking on the growth of Rocket Pool, Darren Langley, the project’s general manager, stated; “in the staking market, there was significant latent demand for a decentralized option — it just needed our launch to spark an inferno.”

Following Ethereum’s transition in mid-2022 liquid staking may become more profitable, which could potentially catalyze a surge in interest.

American financial services company Robinhood, which is preparing for its crypto wallet launch in January, has announced a new feature that will allow more traders to use the platform.

Robinhood has revealed that it is working on a feature for its mobile app to allow options contracts. The feature, which is currently in the beta version of the Robinhood mobile app, will allow traders to extend their options. A small portion of Robinhood’s current customer base, its Level 3 users, already have access to the rolling feature.

Via the Options Rolling feature, traders will be able to close out their positions and simultaneously open new ones with a different date and price. According to Robinhood, Rolling will help traders better manage their options strategies.

With the feature already in beta, it is clear that Robinhood is preparing to rollout the feature to its user base on a wider scale.