Patrick Quinn lives with his wife and four-year-old daughter in a yurt in West Cork, Ireland, a long way from the global media hubs where an aspiring screenwriter might find community or opportunity.

But nearly every night, Quinn logs on to Decentralized Pictures, an unusual new platform where he can earn and spend a proprietary cryptocurrency known as FILM. Quinn is using the system to garner feedback for his budding movie project — a dark comedy set during the Irish Potato Famine — to provide notes to other writers and, even, to win grants run by the site’s founders.

“I’m sitting here pretty far from everything,” Quinn, 36, said by Zoom from his writer’s cabin one recent evening. “So to be able to find a place where people are incentivized to give feedback on my project really means a lot.”

Quinn is evidence for a case made fervently by Decentralized executives and other advocates that, contrary to a growing skepticism, crypto is more than a poorly regulated asset class where people can lose their life savings or a chance for celebrities to boast about their NFTs. It can have beneficial uses.

They say crypto can be a way to forge a global community that doesn’t center on restrictive old-timey Hollywood clubs — and, possibly, even help the industry find the next “Godfather” or “Pulp Fiction.” Decentralized, a nonprofit with involvement from the Coppola filmmaking family, aims to use its unofficial currency to encourage and surface a new generation of filmmakers they say might otherwise never be found.

“The decision about what gets made in Hollywood comes from small groups of people,” said Michael Musante, a co-founder of Decentralized, or DCP. “We want to open this up so the process is democratized, so all these ideas can be tested and developed by new people who will now get a chance to break through.”

DCP was founded by several executives at American Zoetrope — the company long overseen by “The Godfather” director Francis Ford Coppola — including Coppola’s son producer-director Roman Coppola and Musante, Zoetrope’s vice president of production and acquisitions. Launched in May, DCP has attracted about 2,000 users, executives say, with the goal of eventually reaching 2000,000 and catching the attention of cultural gatekeepers.

“I know there’s a certain cynicism when people hear the word ‘crypto’ — how does this have value and is not just some hype-y thing?” Roman Coppola said. “But we put value on the intelligent engagement of our participants. And we think that engagement should earn them something, which will bring more intelligent participants and build a community.”

At DCP’s heart is a kind of barter-based town square that advocates say could never happen at a non-crypto website, even as some critics ask why the current social web can’t achieve many of the same goals.

Most arts-industry communities on the current web — for example, the agglomeration of writers known as Book Twitter — run purely on the interest of their participants, who post thoughts and receive notes if the mood strikes. A screenwriter who wants to ensure more regular feedback for their ideas might apply to a so-called lab — a postgraduate fellowship run by a high-end institution like Sundance. But labs are so intensely competitive as to be inaccessible to most.

Web3 dangles a different promise — that by gamifying and even financializing the notion of feedback, it can lubricate a robust community that is available to all.

Decentralized’s system works like this. The site solicits projects — shorts, scripts, pitches — for a small fee. Users can earn crypto by reviewing those projects as well as engaging with the site in other ways (lending their computing power to validate transactions, for instance). They then can use the crypto they’ve earned to pay to enter their own projects ― on which others can, in turn, earn crypto with their own reviews.

It is a self-perpetuating ecosystem — a constant re-circulation of work and currency that, if all goes according to plan, will leave creators with feedback and agents and producers with market insights.

“Think of how deep into the process a filmmaker or a studio gets a sense of what audiences are thinking ― it’s basically at a test screening [after a movie is completed],” said Leo Matchett, Decentralized’s chief executive. “And now we’re saying you can know how your horror movie idea will play to women 18-35 before you spend a dime on production.”

Feedback isn’t the only reward for users. DCP also runs a series of grant contests that pay tens of thousands of (real-world) dollars to finance projects that have been voted on by other Decentralized members. Projects are reviewed by users under a complex system that weights not just total number of upvotes but such factors as the reputation of voters and their frequency of usage. (Voters can even spend crypto to push a script to a more prominent spot on the site, though executives stress this just ensures more overall reviews, not more good reviews.)

Projects will then fluctuate up and down in the public rankings. The top few advance to a final round. There, a small group of professionals casts the final decision on which should get the cash award.

Filmmaker Steven Soderbergh has sponsored one such contest that will pay out $100,000 apiece to three different projects; writer-director Kevin Smith has backed one for $40,000. DCP also says it will help steer these blockchain-blessed projects to production companies and talent agencies.

“We think this is a much better way to run a competition,” Matchett said. “And it’s all on-chain, so no one can claim that someone manipulated it.” The blockchain, a digital ledger, makes every action on a platform public, rendering tampering with a result difficult to hide.

Young filmmakers say a web3 approach — or film3, as some in the entertainment world are taking to calling it — can also help cut through a legacy industry’s unknowns.

“With a lot of the other competitions and fellowships you’re just throwing your materials into a void and hoping something happens,” said Tiffany Lin, a writer-director whose narrative short film “Poachers,” about the illegal trade of succulents in California, won a grant through the Decentralized voting system. “With DCP you have more control on what you put up, and also you can track progress live so you actually know what people are thinking.” The site offers a high level of analytics, she noted, breaking down votes by age and other demographic info.

Some who submit to the site also say it can reduce Hollywood’s structural bias. Producer DC Cassidy, who founded the production company Diamond Entertainment and is producing a story of Black athletes in extreme sports called “Black People Do,” says a platform like Decentralized furthers this goal.

“The power of web3 is that you don’t have to attend Chapman, USC, NYU, UCLA or AFI to have a shot to meet the right industry people,” Cassidy said in an email. “Twitter and Reddit cracked the foundations, web3 tears down the walls.”

DCP execs say talent discovery isn’t the only use case. While the FILM cryptocurrency cannot currently be used outside the site, Musante said the company is in talks with film-production vendors to authorize it for purchase of various production items — enabling users to finance their movie, at least in part, with crypto earned on the site.

Coppola has an even bigger idea. He asks whether the whole system can be deployed to locate talent in new ways. Right now a producer who wants to find, say, a specific location or a highly specialized performer must work through a network of expensive and not always accurate agencies.

“But what if you can use web3 for that?” he said. “Whether it’s casting or development or locations or anything across our industry, crypto and blockchain are going to allow us to find more of what we need and work better as a business than we ever have before.”

Crypto-skeptics, though, say this is offering a solution to a problem that no one has posed.

“With almost any community, the question is what could be done with crypto and Web 3 that you couldn’t just do with regular money and the web we have,” said David Gerard, a commentator and author of the crypto-skeptical book “Attack of the 50 Foot Blockchain.”

A talent representative contacted by The Post who asked for anonymity because they were not authorized to speak to the press added that they worried these changes could favor not the best storytellers but those who understood how to work and even manipulate a crypto-based system.

But Smith, the pioneering indie filmmaker behind hits like “Clerks” and “Chasing Amy” who is releasing his new movie as a NFT, says he sees these tools as necessary now in the same way movie theaters or home video were to a previous generation.

He said: “If you’re an established independent filmmaker, you can go to streamers like Netflix or HBO Max. But where’s the emerging filmmaker going? Where’s the microbudgeted filmmaker going? With crypto and NFT there’s a community that’s hungry and already here.” He said he saw crypto’s speculative bubble now as similar to the dot-com bubble around the internet two decades ago: one that ultimately wouldn’t hinder the underlying innovation.

As he waited to see whether he would land a DCP grant, Quinn said that no matter the direction any of this took, he already felt as though he was winning.

“I’m from a working-class family with no connections in the business,” said Quinn, who studied screenwriting but spent years in his 20s working at a local creamery. “Just to have a platform to put my work on feels like a real turning point.” 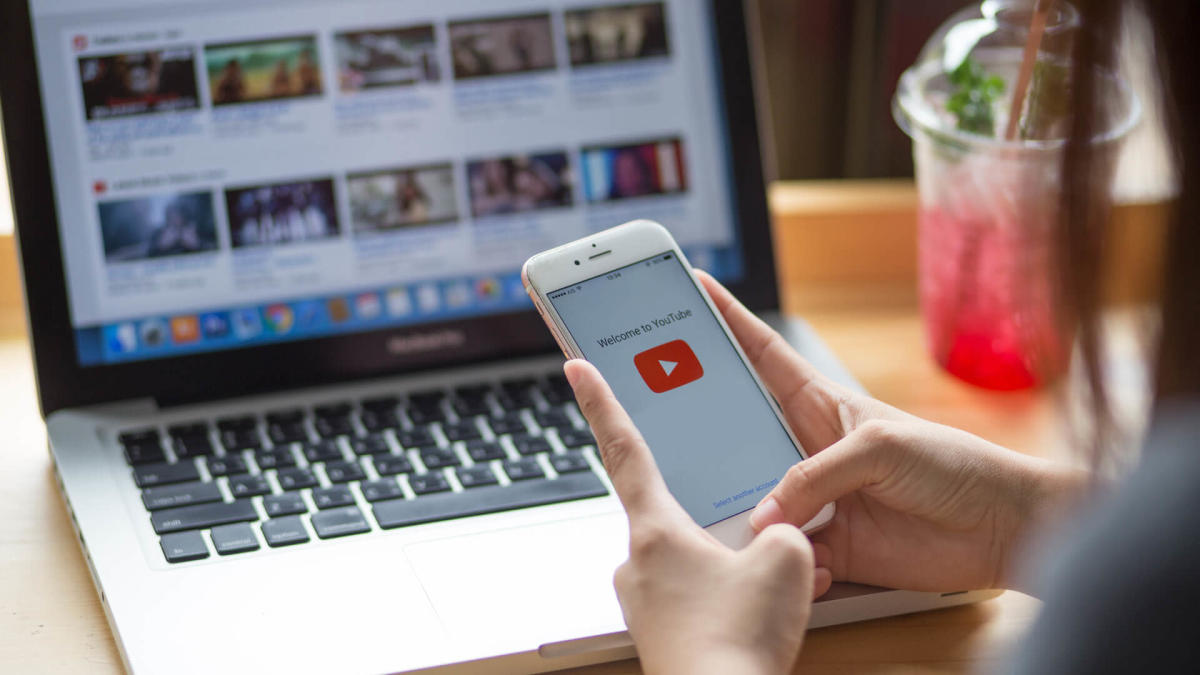