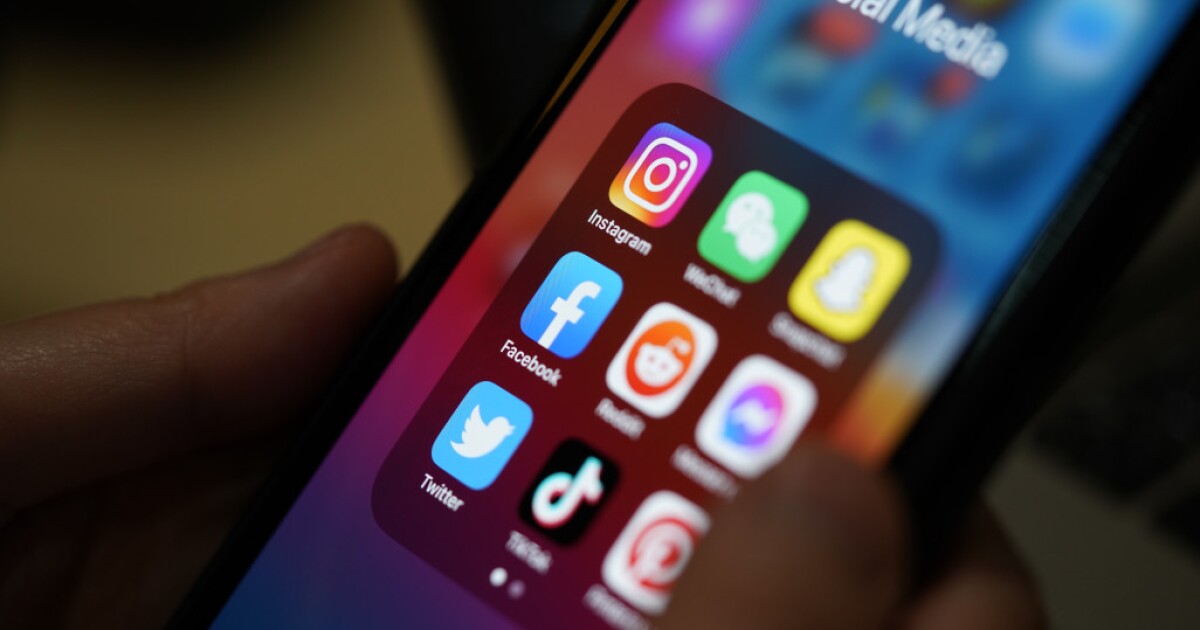 Instagram updated its default settings for teenage users once again this week, seeking to address concerns raised by a growing body of data showing that
social media
has a detrimental effect on children. But Instagram’s latest changes are not enough. Parents need more ways to protect their children from social media. Congress can help.

Correlation may not imply causation, but
the spike
in depression, anxiety, self-harm, and suicides among teenagers after mobile phones became ubiquitous is too dramatic to ignore. Emergency room visits for self-inflicted injuries have been up 50% for teenage boys and 150% for teenage girls since 2009.

Studies have since established a strong causal link between heavy social media use and bad mental health outcomes
. Not all digital media is harmful: Watching television or Netflix on a mobile phone does not appear to be harmful to teenagers. Light use of social media, meaning no more than one or two hours a day, also appears to be fine. But when teenagers start to use social media for three or four hours a day (especially girls — and especially girls going through puberty), the harms of social media become dramatic.

Big Tech’s own data reach the same conclusion. An internal memo from Meta (the company behind Facebook and Instagram) cited data from Instagram users showing that 40% of girls on Instagram reported feeling unattractive because of social comparisons experienced while using the application. “Teens blame Instagram for increases in the rate of anxiety and depression,” the memo read. “This reaction was unprompted and consistent across all groups.”

Adults should be free to do almost anything they want as long as they are not harming another person. That is why legislators haven’t banned cigarettes and why they realized their mistake after attempting to ban alcohol. But young minds are different. They are not fully formed yet, and products that can alter a teenager’s mind should be considered particularly harmful. That is why there is a wide bipartisan consensus around banning the use of alcohol and cigarettes by minors.

Banning the use of social media by minors may be a bridge too far. But parents need much greater control over social media applications than Big Tech is currently providing. Instagram’s new default settings, designed to keep teenagers away from “sensitive content,” is not enough. Government action is needed.

Congress, or the states, should enact strong safeguards to protect teenagers from social media. For example, social media platforms must be required to verify the age of their users independently. This can be done through driver’s licenses, passports, or birth certificates. Users under the age of 18 should be required to get permission from a parent or guardian in order to open an account. That parent or guardian must then also be given full access to the minor’s social media account.

There are no First Amendment problems with these regulations. All social media applications include user agreements that allow the corporations that own these platforms to benefit financially from the data their use creates. These are contracts. Government has an appropriate role in regulating contractual behavior, especially when it involves minors.

Far too many children are suffering mental anguish stemming from Big Tech’s irresponsible profiteering from teenagers’ social media use. The costs of increased depression, self-harm, and even suicide caused by these social media platforms are not being felt by their owners. Legislators, either from Congress or the states, need to step in and prevent this harm from happening.