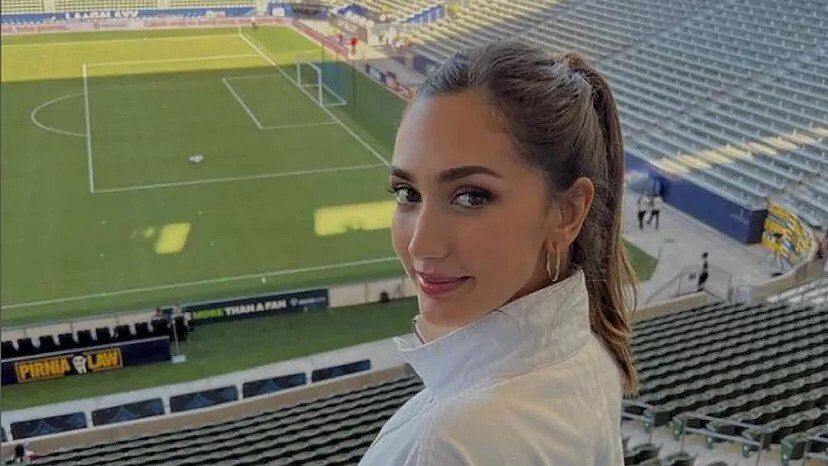 Chicharito Hernandez has been the main protagonist this last week in MLS. The LA Galaxy player is always in the spotlight, both for his performance on the pitch and for everything that happens off it in his personal life.

In recent days he has been embroiled in two controversies. Firstly, he refused to sign a Mexican flag, which he dropped on the ground. And the other controversy was when he refused to take a photo of a young fan.

His current partner, the Ecuadorian Nicole McPherson, came to his defence in a long message on Instagram.

“It is very easy nowadays to watch a video that was edited just to show a small part of a whole film, easily and in a very thoughtless way,” she wrote.

“Photos or videos out of context are a very strong source of visual disinformation. Is it really necessary to go that far?

“Hateful dismissal of anything that expresses a contrary idea is just as repugnant as the message being criticised. Remember that behind every user there is a human being.”

Who is Nicole McPherson, Chicharito’s girlfriend?

The 28-year-old Ecuadorian woman Nicole McPherson is widely popular in Ecuador. In addition to being a model, she has been known for starting several businesses in her country, as well as promoting a branding studio and creative agency, which has allowed her to be an ambassador for internationally recognised brands.

She is a single mother of a five year old son. Before becoming Javier Hernandez’s partner, she was in a relationship with Ruben Austin, a German businessman with whom she had her first child.

The relationship between Chicharito and the Ecuadorian became official in February 2022, after Chicharito divorced Sarah Kohan, with whom he has two children.