Chelsea Green has been denied twice by the OnlyFans subscription website.

Green recently revealed on the Twitter page for her “Green with Envy” podcast that she was denied when trying to apply to OnlyFans. She spoke with Alistair McGeorge of UK Metro and talked more about being denied, noting that she planned to reapply.

She said, “We don’t know why they denied me but apparently it’s not totally unusual! A couple of my friends said they were denied the first time too. I’m going to reapply and see what happens!”

Green has already reapplied, as revealed on her podcast Twitter page this week. She noted that she was denied again.

Green did not include the reason why OnlyFans denied her application.

“Matt and I have spoken about it here and there. People who know us know that we’re such an odd couple,” she said. “We are so in love and we work together so well, but I’m such an extrovert and he’s such an introvert. There’s a funny dynamic that we have. He shares it on his podcast, and I’m gonna try to share my view on mine.

“We’re so open to the world that really, now, we’re open on social media, we’re open on podcasts – why wouldn’t we be open on a TV show? If that ever came about, I think it would be very ridiculous but funny and entertaining for people!”

Green will compete on Impact Wrestling’s Knockouts Knockdown special this Saturday, in a first round tournament match against Renee Michelle. She has worked for ROH and Impact since being released from WWE in April. 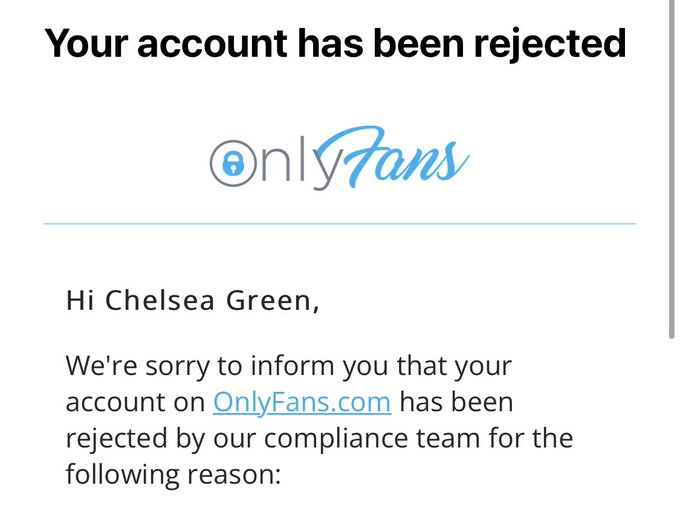