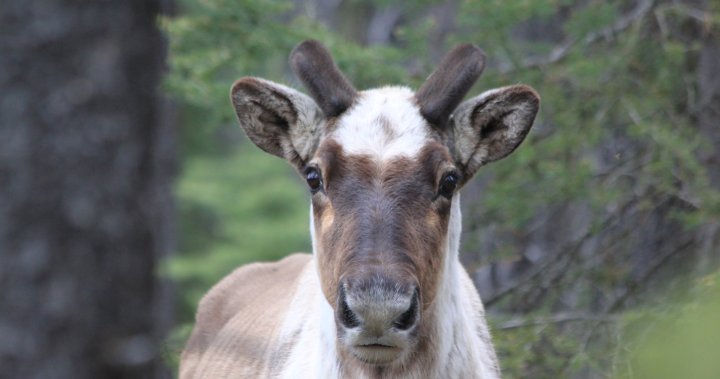 A video posted to social media has shocked a conservation group, with members saying it shows a lack of respect for an animal with a dwindling population.

The video, which appeared on the Facebook group “Grande Prairie Truckin’,” shows two caribou rushing ahead of a large vehicle that is driving closely behind the animals for about 30 seconds.

The incident happened between Grande Prairie and Grande Cache and is being investigated by Fish and Wildlife Enforcement Services.

Woodland caribou have been listed as “threatened” under Canada’s Species at Risk Act since 2003.

Chantelle Bambrick works with the Caribou Patrol Program and said it’s disappointing to see a video like this, when the species is already facing significant challenges.

“The video is really disturbing. It’s disappointing that it’s happening. Whether it’s caribou or another animal, they shouldn’t be chased down roads. It exhausts the animals and leaves them more susceptible to predators,” Bambrick said.

“The caribou herd numbers in (this area) are just desperately low,” she explained. “We need to protect them and make sure people are treating them with respect,” she said.

Global News reached out to the employer of the individual who posted the video, who confirmed the man was driving a company vehicle.

In a statement, a representative said “FluidPRO has a wildlife policy in place, as well as a policy surrounding use of cellphones in company vehicles. Both are currently in review as a part of the internal investigation.”

“FluidPRO conducts its operations with highest consideration to employee safety and environmental responsibility, and as such, FluidPRO is taking this situation very seriously.”

Bambrick said protecting wildlife is something everyone needs to keep in mind, as her group and others work to protect the remaining caribou in Alberta.

“Having respect for the animal is leaving it be. It has many things to face in its day-to-day just to stay alive.”