The crypto carnage has one silver lining: the broader financial system has been spared, so far.

From Brussels to Washington, finance watchdogs downplay the risk of turmoil spilling into other markets and argue that their own actions have protected banks from the crypto tailspin.

“This contagion did not extend into the traditional banking and finance sector,” the US’s acting comptroller of the currency Michael Hsu told the Financial Times.

“This is due, at least in part, to federal bank regulators’ continued and intentional emphasis on safety, soundness and consumer protection,” he said.

On Thursday, global regulators in Basel went further — proposing tougher rules to cap crypto exposure at 1 per cent of a bank’s assets.

The Federal Reserve, which recently released the results of its annual stress tests showing the largest US banks could suffer more than $600bn in losses and still exceed government-mandated capital levels, sees limited bank exposure to crypto markets, according to Fed officials.

Outside the banking sector, firewalls include investment guidelines for institutional investors that limit their exposure to digital assets, noted an official at the Securities and Exchange Commission.

The official added there were no signs the crypto sell-off had triggered a dash for cash from investors seeking redemptions of traditional securities to cover losses in crypto, though the SEC was still monitoring this activity.

“For mainstream asset managers, the direct impact of the crypto sell-off is pretty minimal,” said Anne Richards, chief executive of Fidelity International. “Bitcoin made its way into a small number of institutional portfolios but for most groups it’s still very much on the fringes.”

“But I notice increased interest by the banks to maybe enter these markets as they see younger populations potentially very interested . . . I also see, in general, greater instability in the sector so the sooner we can regulate and give clear guidance, the better.”

Paschal Donohoe, Irish finance minister and president of the eurogroup of finance ministers, said officials were not concerned at the moment, but added: “I can imagine that in a year’s time we will be as focused on cryptocurrencies as we are on climate risk, which is among our top concerns.”

Wary of diving in too deep, banks have missed out on more than 95 per cent of the $4bn-$5bn in estimated revenues for corporate and institutional clients generated in 2021 through digital assets, according to a report by Morgan Stanley and Oliver Wyman.

“Banks do have to go where the customers want them to go, so had there been customer pressure they might have engaged in more [crypto] activity,” said Mitch Eitel, managing partner of the financial services group at Sullivan & Cromwell.

Little direct exposure to banks would make it less likely for them to act as a transmission channel for financial stress from the crypto crash as they did in 2008, according to Clifford Chance partner Jeff Berman.

Crypto hedge fund insiders also appear relaxed about the extent to which this could affect traditional bank prime brokers and the wider financial system.

Because most of the traditional bank prime brokers that service mainstream hedge funds have yet to enter the crypto sector, crypto funds tend to use specialist digital asset brokers, although they may still occasionally use banks when they trade more mainstream assets. This is seen as limiting the potential for banks to run up large losses when a fund blows up.

Meanwhile, many large macro and quantitative hedge funds that have started trading crypto have done so using futures, for instance on the Chicago Mercantile Exchange, rather than the underlying cryptocurrencies themselves.

If they were to suffer losses on such positions they would “have had to post more margin with the CME or take cash losses with the DeFi exchanges”, said Usman Ahmad, chief executive of Zodia Markets, a digital asset trading venue owned by Standard Chartered.

Neither of these should impact bank prime brokers unless those losses mean that the fund is unable to meet margin calls at banks that act as brokers for the fund’s other assets, he added.

All this has led some Wall Street heavyweights to already come to the conclusion that the crypto mess does not pose a systemic risk to banks.

“I don’t think it’s big enough to be systemic,” said Howard Marks, co-founder and co-chair of Oaktree Capital Management. “For something to have systemic impact I think it has to be part of the system and the institutions.”

Calming statements by regulators have not always been prescient, notably in the run-up to the 2008 subprime housing crisis when government officials played down risks. And not everyone is reassured this time.

“I think the systemic contagion risk from a crypto crash is real, though it is hard to know for sure just how deeply intertwined the digital currencies are with hedge funds and other traditional financial firms,” said David Trainer, chief executive at investment research firm New Constructs.

“As the selling continues, we soon will find out just how much systemic risk there is.” 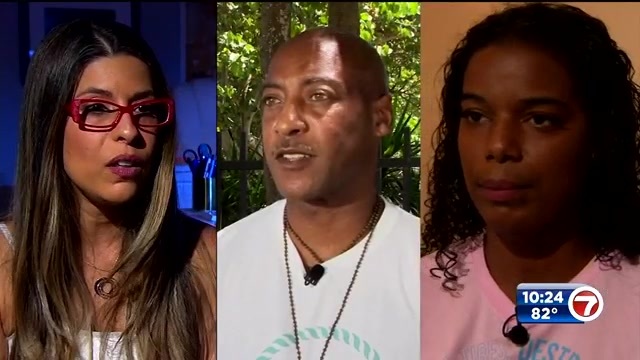