Prices: Bitcoin and ether trade slightly lower on Sunday; other cryptos are mixed.

After a quick spurt upwards on Saturday, bitcoin returned to a lower altitude under $24,000.

The largest cryptocurrency by market capitalization was recently at roughly $23,350, down slightly over the previous 24 hours. Bitcoin finished its second consecutive positive week, rising more than 13% from its Monday low, at one point topping $24,500 amid hopeful signs the economy was slowing enough for the U.S. central bank to soon consider scaling back interest rate hikes. For July, bitcoin rose over 23%, while ether soared more than 55% to change hands a little under $1,700.

“The FOMC (Federal Open Market Committee), some tech earnings and the GDP numbers didn’t really dent market confidence last week,” Joe DiPasquale, CEO of the crypto asset manager BitBull Capital, wrote to CoinDesk. “BTC had been showing positive signs in terms of price stability and bidding action below $20,000. All of those things resulted in a rally of sorts, seeing BTC trading just below $25,000.”

Most major altcoins were mixed with NMR and FIL gaining 20% and 10%, respectively, but AXS and SOL each dropping over 2%.

Crypto gains on Friday dovetailed with major equity indexes, which rose with the tech-heavy Nasdaq and S&P 500, jumping 1.8% and 1.4%, respectively. Both indexes rose in July with the latter gaining over 9% for the month, its largest increase since November 2020, as investors remained undaunted by disappointing earnings and warnings of slowing growth to come at a number of the world’s largest brands.

Yet as Arcane Research noted in its most recent Friday newsletter, while the crypto lending space is in shambles, other industry developments were more favorable, including Spanish banking giant Santander’s announcement that its Brazil unit would begin offering crypto trading, and large, capital raises by several projects, including Series A rounds of $65 million by Web3 digital identity service provider Unstoppable Domains and $150 million by Layer 1 blockchain Aptos Labs. The latter was led by FTX Ventures, the venture capital arm of crypto exchange FTX, and Jump Crypto.

“Significant capital raises are back as the dust has settled in the industry,” Arcane wrote.

Still, BitBull’s DiPasquale remains wary about the macroeconomic environment and its potential to head off a longer-term crypto rally. He will be eyeing FOMC’s September meeting, which is expected to generate another hefty interest rate increase.

“We are likely to see increased volatility in the coming month as speculators take their chances,” he wrote, but added: “We remain confident that bidding BTC under $20,000 is likely to be a decent entry in the long-term. We continue to look for signs of conclusive breakouts and would be comfortable taking entries during steep drops in the coming months.”

Thais have a taste for crypto. At the height of last year’s bull market, there were more crypto trading accounts being created in-country than stock brokerage accounts, growing at a rate of 27.6% versus 2.9% for brokerage accounts.

Part of the appeal of crypto for Thais might have stemmed from lack of other investment opportunities. Real estate is often out of reach. The stock market is rife with fraud and Ponzi schemes. Crypto, in the eyes of many, would have offered an opportunity to generate wealth that can’t be found in traditional vehicles.

But that was the bull market. Most retail traders behind these accounts would have suffered heavy losses as the market slid into bear territory. Cracks are beginning to form in some of the infrastructure; local exchange Zipmex filed for bankruptcy protection earlier this week, citing exposure to troubled crypto protocols like Babel.

Thailand’s market regulator, the Securities and Exchange Commission, has been active in crypto. Last year the Thai SEC banned tokens that have “no clear objectives or substance” from licensed exchanges. DOGE was gone. It put NFTs in the same category but appeared to ease up as local incumbent bank Kasikorn got involved in the market.

Now the SEC says that stricter digital asset rules are coming. Policy is in the early stages of deliberation, but Thai SEC Secretary-General Ruenvadee Suwanmongkol told Bloomberg that stronger supervision is needed: “Our main focus will be to provide more protection for small investors, some of whom are putting most of their savings into these assets,” she said.

Speaking to Thailand’s public broadcaster’s English channel, Anusorn Tamajai, a former member of the Bank of Thailand’s audit committee, said that “the SEC urgently needs to check every digital asset exchange to verify whether all clients’ assets are kept safe there.”

Considering that Zipmex had sudden liquidity issues, and other exchanges like Vauld also had to suspend withdrawals, trying to isolate which exchanges have been exposed to crypto contagion could stop the problem right in its tracks.

Navigating the bear market by putting problematic infrastructure offline before retail investors get burnt would allow the ecosystem, as a whole, to come back stronger.

It would also be a victory for the regulator to take a comparatively soft touch; any sort of wholesale retail ban is off the table as is pushing digital assets into securities rules. That sets Thailand apart from Hong Kong and even Singapore, which is becoming more crypto skeptical.

Unlike Hong Kong or Singapore, Thailand isn’t known for the strength of its regulated financial markets. But if regulators are able to take a firm hand in cutting out problematic exposed infrastructure from the market, all the while treating crypto with a soft touch, they might demonstrate that there’s a way to regulate digital assets and protect retail consumers without a ban.

But if regulators are able to take a firm hand in cutting out problematic exposed infrastructure from the market, all the while treating crypto with a soft touch, they might demonstrate that it’s possible to work with the industry in building a safer environment for retail traders rather than being advocates for excluding retail participation altogether.

In case you missed it, here is the most recent episode of “First Mover” on CoinDesk TV:

The International Monetary Fund (IMF) suggested a global recession is likely. Joining “First Mover” to discuss its July report, including crypto’s impact on the broader financial system, is Antonio Garcia Pascual, deputy chief of the global market analysis division at the International Monetary Fund. The Fed’s favorite inflation gauge rose 6.8% from a year ago in June. Glen Goodman, eToro crypto consultant, discussed the latest economic data and provided his crypto markets analysis. Plus, SonicWall President Bill Conner has an update on cyber crime.

Coinbase’s Stock at Crossroads as Cathie Wood’s Ark Sells Some: The trading platform may need more than just a rally in crypto prices to regain investor confidence.

Crypto.com and FTX Bet Big on Stadium Naming Rights Before the Crypto Crash. What Happens if They Can’t Afford to Pay?: The glamour of a stadium naming deal can turn sour – just ask Enron. Here’s how a deal might unwind if things go bad.

Why NBA Athletes Are Turning to Web3 to Build Generational Wealth: NFTs and the metaverse may provide a source of income long after players hang up their high tops, says Marcus Bläsche, CEO of Rumble Kong League. This op-ed is part of CoinDesk’s Sports Week.

Other voices: Nearly 75% of retailers plan to accept cryptocurrency payments within the next 2 years (CNBC)

“Despite the market thrash, our long-term conviction in crypto as a technology and asset class remains strong. The quality of talent coming into crypto has never been stronger. Meanwhile, the tourist investor class has thankfully decamped. We believe the next 12–24 months will be an exceptionally fruitful time for building and investing in crypto.” (Paradigm excerpt from letter to investors) … “When we affect the plans around the CoinFLEX Composite distributions (inclusive of rvUSD, equity and FLEX Coin), we want to be in a position, cost-wise, to make sure that we have every chance to be a successful business which begins by being a leaner business staffing-wise.” This means that we, unfortunately, had to let go of a significant number of the CoinFLEX team across all departments and geographies.” (CoinFLEX blog) 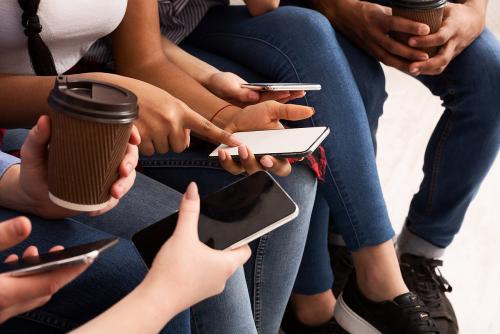