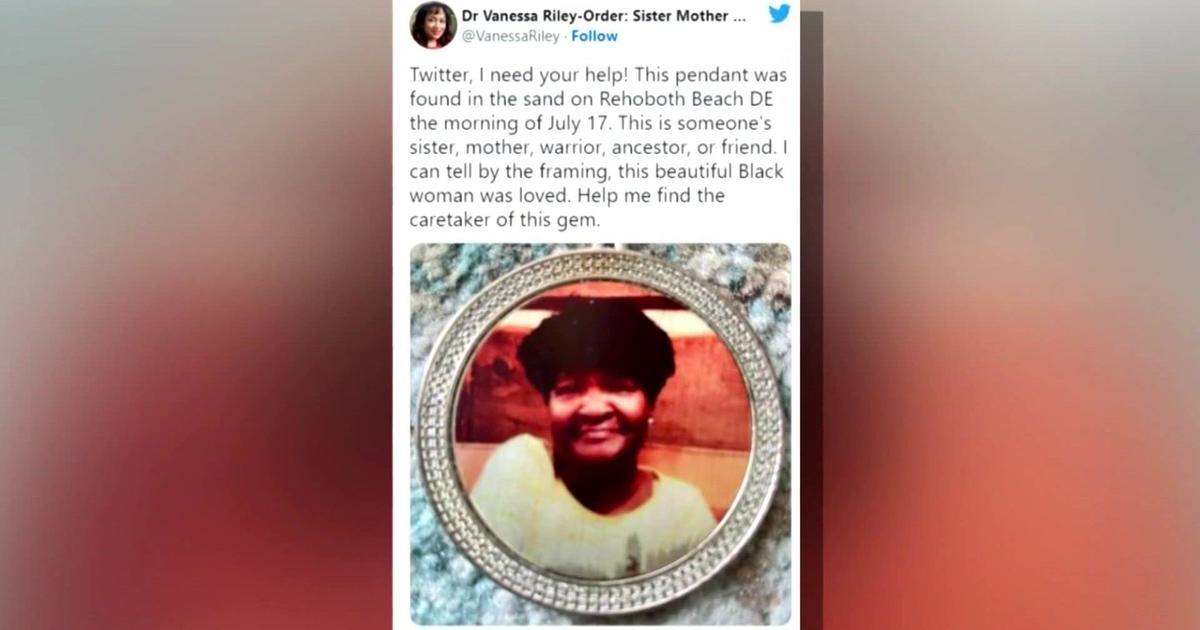 REHOBOTH BEACH, Del. — A meaningful pendant is going back to its rightful owner thanks to a Brooklyn woman, a chance encounter on the beach and a rally on social media.

This story of a son and his mother provides just that.

“My brother and I were walking on the beach in Rehoboth,” said Rachel Kahan, who found the pendant.

Miles of shoreline, thousands of people and out of nowhere, one small pendant twinkling from the sunlight between the grains of sand caught their attention.

Her instincts were absolutely correct. The pendant with the photo of Joyce Harley Gwyn, who suddenly passed in 2019, went missing while Thomas Lee, his wife, Atiya, and their family were vacationing.

“I looked in her car. I looked in my car. We was in the basement. I looked in the bedrooms. We went through the shoes. I was just a wreck. I mean, I was just depressed. I was upset. Like, it was a mess. I was about spend some money to go buy another one,” Thomas Lee said.

“She was like, she’s gonna pop up somewhere,” Thomas Lee said.

She certainly did, on social media. Kahan, who lives in Brooklyn, New York, and was vacationing at the Delaware beaches, felt the need to create a massive social media campaign.

“So when I opened my Facebook, my mother-in-law’s face popped up,” Atiya said.

And just like moms do, Joyce, who Thomas told CBS Philadelphia was a very spiritual woman, tracked down her son.

“There was something that happened there between us finding it and all the people helping to get the word out. It all really came together in a way that I think was meant to be,” Kahan said.

“It’s just really emotional. I appreciate you, Rachel, so much,” Thomas said.

Thomas should receive the pendant sometime this weekend, and the three of them hope to meet in person in Rehoboth or in Brooklyn in the very near future.