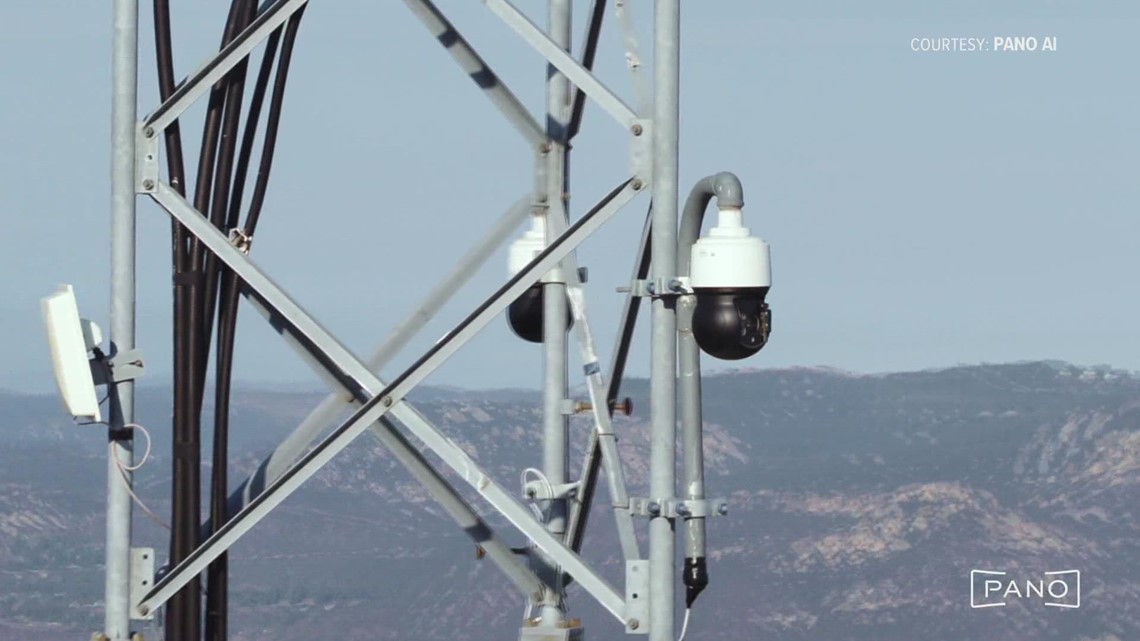 BOULDER, Colo. — The next wildfire in Boulder County might first be spotted by artificial intelligence.

The cameras provide a continuous 360 video feed, but it won’t be humans behind the lens. It will be artificial intelligence (AI). A computer program trained to recognize signs of trouble will monitor the feeds 24/7.

“And what it’s looking for is texture, movement, gradient, and it’s trying to pick up smoke starts,” said Arvind Satyam, Chief Commercial Officer of Pano, the company that designed the software. “We’re using computer vision to stitch a full 360 panoramic image, and that does not exist elsewhere in the industry right now.”

Satyam said the Pano AI cameras will give firefighters a least 10 minutes of extra lead time, and in some cases could mean more than an hour of saved time.

In one instance, just after installing a set of cameras in Oregon, their camera network detected smoke coming from a wildfire, but the communications system was not yet online.

“It was 110 minutes before anyone else knew about that fire,” Satyam said. “If our system was online at the time, it could have saved more than an hour of lead time.”

Fortunately in that case, he said, the fire did not become a big issue, only burning a couple of acres.

It’s that kind of lead time that Boulder County is hoping see with their next ignition, and they’re hoping the AI can help them stay ahead of wildfires that are growing more extreme every year.

“We as firefighters are constantly getting outworked, out-flanked, out-maneuvered by wildfire these days. This is just the evolvement of wildfire,” said Seth McKinney, fire management officer for the Boulder County Sheriff’s Office. “To introduce this modern-day technology where I have the power of these cameras in my pocket, that’s a big step forward.”

McKinney and his staff will get instant notification on their cellphones when the AI detects wildfire smoke. They will be able to access a live visual image along with mapped-out coordinates and tactical information.

“Is it going to replace firefighters making decisions? No. It’s going to help us make better decisions,” he said.

He said Boulder County was working on a plan to bring this camera network in even before the 2020 wildfire season. So this network isn’t a response to that, but he said the Calwood Fire is the perfect example of why they need the AI.

“We knew we had a wildfire. We just didn’t know what type of wildfire we had. Did we have a low rate of spread or a high rate of spread?” McKinney said. “We would have known so much more about the fire immediately instead of having to discover it over time.”

In a scenario like the Marshall Fire, he said, the cameras would not have played much of a role, because eyewitness reports located the fire almost immediately.

The cameras cover about a 10-mile radius accurately. The sheriff’s office said this first batch of cameras will watch the southern part of the wooded foothills area. One is on Lee Hill, the other is on Eldora Mountain and a third will be installed on Thorodin Mountain shortly.

They plan to expand to the northern foothills area in the future, followed by the lower elevations of Boulder County.

There are already seven other Pano AI cameras in operation in Colorado — four near Aspen, two in the Roaring Fork Valley and another near Beaver Creek in Eagle County.