You gotta hand it to some people for being impetuous even in the face of extraordinary odds. Imagine looking for a single hard drive amidst a literal heap of trash. Well, that’s been one UK man’s goal for nearly a decade after he accidentally lost the chance of being an early crypto millionaire by chucking the wrong disk drive into the bin.

But now he’s got a new plan, and it involves… (checks notes…) robot dogs. Right, I take back any sense of compassion for his plight.

Former IT worker James Howells—who once stood on the very forefront of the crypto boom and could have been a multimillionaire—is desperate to scour a UK landfill located in Newport, Wales where he might find a missing drive that contains the passcode for a crypto wallet containing 8,000 bitcoin, worth close to $176 million as of writing. Howells said he accidentally dumped the wrong hard drive back in 2013.

Though the price of crypto remains in the proverbial dumpster, this data cache represents millions of dollars simply stuck on the blockchain, with nobody able to access the wallet without the required passcode. It’s been a long road, and he hasn’t given up on his quest to rescue his missing millions. Only problem is finding that hard drive would require digging through a literal mountain of garbage.

In an interview with Business Insider released Sunday, Howell said he has a foolproof plan to rescue his bitcoin from an actual trash pile. He’s put together an $11 million business plan which he’ll use to get investors and the Newport City Council on board to help excavate the landfill. His plan would require them digging through 110,000 tons of trash over three years. A $6 million version of the plan would go over 18 months. A video hosted by Top Gear alum Richard Hammond said the bitcoin “proponent” has already reportedly secured funding from two Euro-based venture capitalists Hanspeter Jaberg and Karl Wendeborn, if Howells can get approval from the local government.

Clear and crisp TV
The apps are intuitive, the playback is crystal clear, and the newly redesigned remote finally works like it’s supposed to: as a TV remote.

The garbage would be sorted at a separate pop-up facility near the landfill using human pickers and an AI system used to spot that hard drive amidst all that other refuse. He’s even brought on eight experts in artificial intelligence, excavation, waste management, and data extraction, all to find a lone hard drive in a trash pile.

The plan also involves making use of the Boston Dynamics robotic dogs. The former IT worker told reporters the machines could be used as security and CCTV cameras to scan the ground, looking for the hard drive. When they were released, each “Spot” robot model cost $74,500. Even with that price tag, Howells said he already has names for the two. Insider reported he would name one Satoshi, named after Satoshi Nakamoto, the person or group behind the white paper that first proposed bitcoin back in 2008. The other one would be named “Hal”—no, not that HAL—but Hal Finney, the first person to receive a bitcoin transaction.

So if it sounds like he’s already drank the crypto Kool Aid, you’re not alone. He describes himself on LinkedIn as a project manager working in crypto and blockchain technology. Insider reported Howells said he makes his money buying and selling bitcoin.

The city council has not wanted anything to do with Howells since he first came to them with his plight. Howells had been reportedly contacting the Welsh city government since 2014, arguing that the case might be damaged, but the internal disk should still be viable. He had even promised to give the city government 25% of the crypto revenue if they would just let him root around in the trash pile, but the council has said the cost of digging up the heap could run into the millions, not to mention the environmental impact for the surrounding area. A spokesperson for the local government told Insider Howells could present or say “nothing” that would convince them to go along with the plan, citing ecological risk.

And it’s easy to see why. Above-ground and satellite imagery show the landfill has been covered in dirt and grass. The U.S. EPA has shown that while landfill reclamation has been done before, it can release greenhouse gases like methane or otherwise unearth hazardous materials. Though the local government has barely given Howells the time of day over the past nine years, the former IT worker said he hopes the new proposal will give his idea legitimacy. If the council says no— again—Howells told reporters he’d take the government to court. 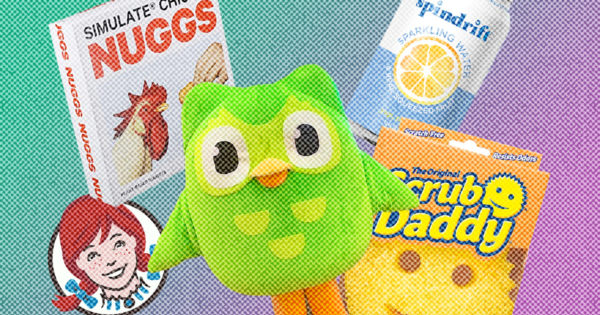