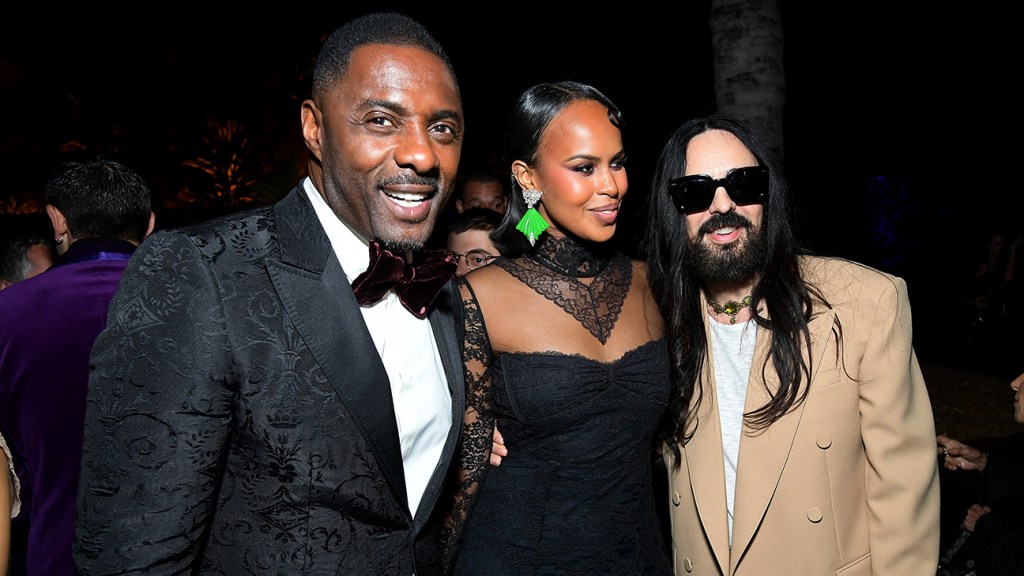 Park — considered a top contender for a best director Oscar nomination for his new film Decision to Leave, which is South Korea’s submission for best international feature — drew hearty laughs from the crowd when he accepted his honor. His speech played off what the accepted norms are for touting one’s accomplishments in Korea versus the United States.

“I initially wanted to being with the following words, ‘I do not know how to thank you for such an award that is beyond me.’ But I remembered advice from a friend that is familiar with both Korean and American culture. She told me that you should not be too humble in America … So I will take in that advice and say the following words instead, ‘I am not at all surprised for the award that I obviously deserve,’” said Park, who noted that he is celebrating his 30th anniversary as a feature film director.

Park was introduced by Squid Game actor Lee Byung-hun who starred in the director’s 2000 film Joint Security Area, a career breakthrough for both men after each had a number of flops. (Lee had turned down one of Park’s bombs.)

“Both director Park and I experienced disastrous failures side by side on our separate paths. It was absolutely miserable,” said Lee. “At the time we were both depressed, thinking would director Park or I be able to do a movie again. Then one day director Park offered me another role. A failed director and the failed actor come together to create a new project — what a perfect idea.”

When they finally linked up on Joint Security Area, the film, recalled Lee, “broke the box office records for Korean films [and] changed the history of Korean cinema.” Both Lee, as well as LACMA CEO and director Michael Govan, took note of the recent terrible Halloween tragedy in Seoul, South Korea, where more than 150 people were killed. “Please join me in keeping all the victims and their families in our thoughts and prayers,” said Lee.

The night, co-chaired by designer Eva Chow and Leonardo DiCaprio (who for the first time in the event’s 11-year history was not present), raised more than $5 million for the museum’s overall mission and for its program that spotlights film. LACMA’s Art + Film gala, per its name, honors not only a film director every year but also a fine artist. This year’s honoree, Helen Pashgian, is known as a pioneering member of the California Light and Space art movement of the 1960s. Pashgian accepted her honor with a poetic speech about the role that the particular light of Southern California plays in both film and fine art.

“If you were to talk to a filmmaker of today, he or she may tell you the light is both fascinating and infuriating. Infuriating [because] just as you have set up the perfect shot it floats off. If you talk to a visual artist, they may tell you the flight is flat, it is cool, it bleaches out the shadows. If you were to travel to Caltech and talk to their atmospheric scientists they are likely to tell you that the light photons mix with the dust particles in the air to create what they call a scattering of light and that this scattering phenomenon is unique to this region. … I would like to think that in the end, this strange light of ours remains what it has always been: elusive mysterious unknowable, and therein lies its magic.”

The night began with red carpet arrivals where Eilish and Rutherford, lead singer of the band The Neighbourhood, arrived in matching pajamas and an enveloping blanket for two, all by Gucci, the longtime sponsor of the Art + Film Gala. Rutherford and Eilish, who also sported a Gucci sleep mask, held hands throughout the evening.

During the cocktail portion of the night, DJ D-Nice spun tunes in a courtyard area that sat adjacent to where LACMA’s new Peter Zumthor-designed David Geffen Galleries building is rising. Fifty percent completed, its outline could be seen in the near distance, while a pair of cranes loomed over the assembled guests.

Quinta Brunson, in a black-and-teal taffeta dress, was carrying a beaded bag in the shape of a beer can. “This is my beer can clutch. For the Phillies,” said the Philadelphia native to a fellow guest. Jared Leto, wearing a crystal-studded velvet Gucci tuxedo, snapped a few photos of Sydney Sweeney, who wore a pink Giambattista Valli gown overflowing with romantic rose details. Andrew Garfield palled around with gallerist Vito Schnabel.

Inside a specially designed pavilion, guests dined on a menu created by Gucci Osteria in collaboration with Joachim Splichal that beef tortellini in a parmigiano reggiano sauce. At one long table, Kim Kardashian was deep in conversation with Bob Iger. Later, Kardashian and her sister Kendall Jenner posed for photos with Gucci creative director Alessandro Michele.

At the end of the dinner — which was also supported by Audi — Idris Elba enjoined guests to head back outside for dessert and to enjoy a special performance by Elton John, who, playing at a large red piano, sang such hits as Your Song, Rocket Man and Don’t Let the Sun Go Down on Me, which he dedicated to party guest Taron Egerton, who portrayed him in 2019’s Rocketman.

Post-performance, the crowd streamed out towards the valet pick-up on Wilshire Boulevard, where a crowd of fans chanted Eilish’s name, trying to get her attention. The singer and Rutherford were standing next to a large black SUV that her brother Finneas, with girlfriend Claudia  Sulewski, were in. It appeared that Eilish and Rutherford were cooling their heels waiting for their own transport to arrive. Eventually, as the fans’ chants of “We love you Billie” crescendoed, Eilish stood up on the runner of the SUV and shouted back, “I love you, too.” A few minutes later, a sprinter van showed up and whisked the couple off into the evening. (Many guests were headed to an after-party at co-chair Chow’s Holmby Hills mansion.)

In a fitting cap to the evening and its theme of bringing together the film and art world, actor Simu Liu exited the party by walking through Chris Burden’s large-scale streetlight sculpture Urban Light while a friend snapped pictures of him. 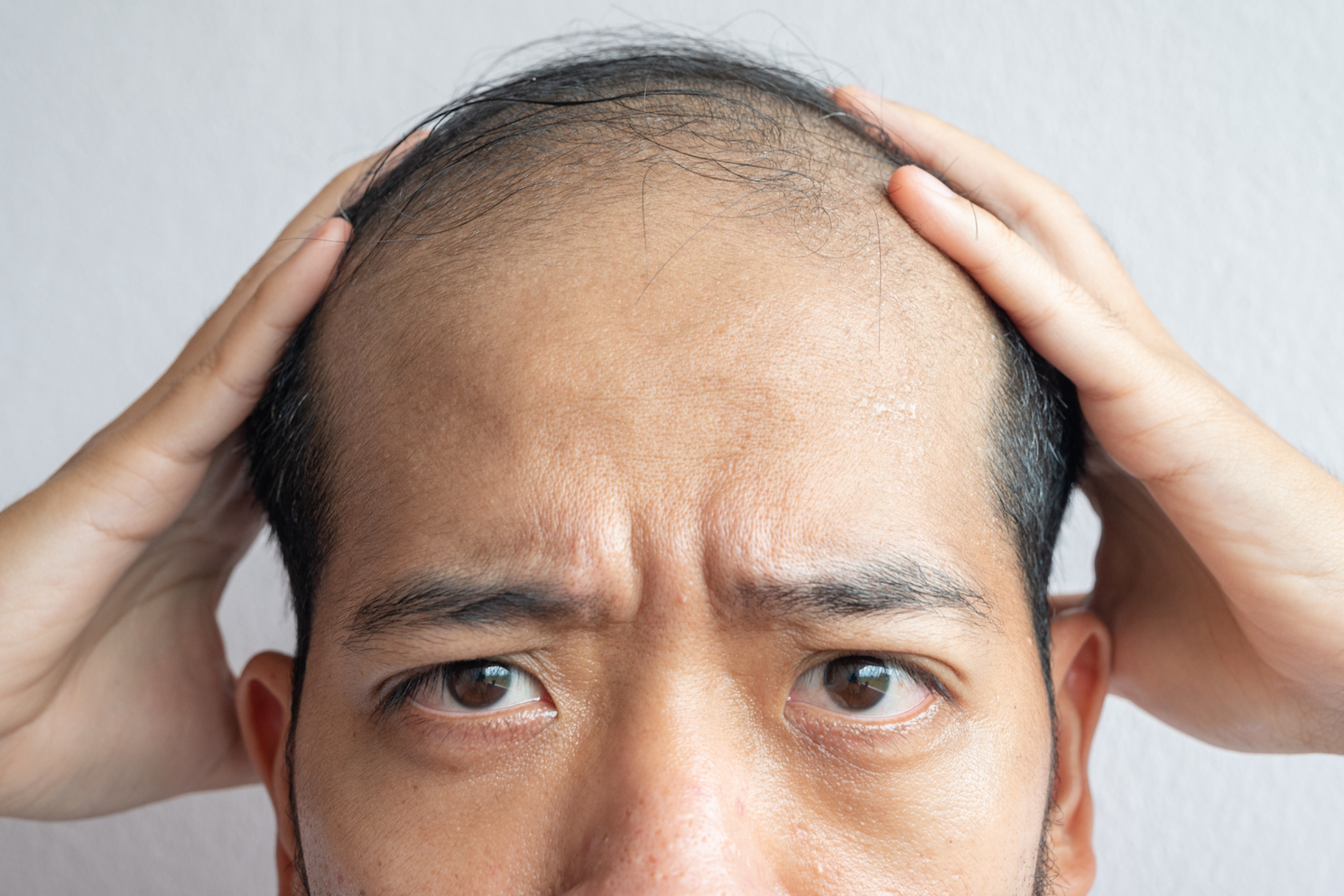