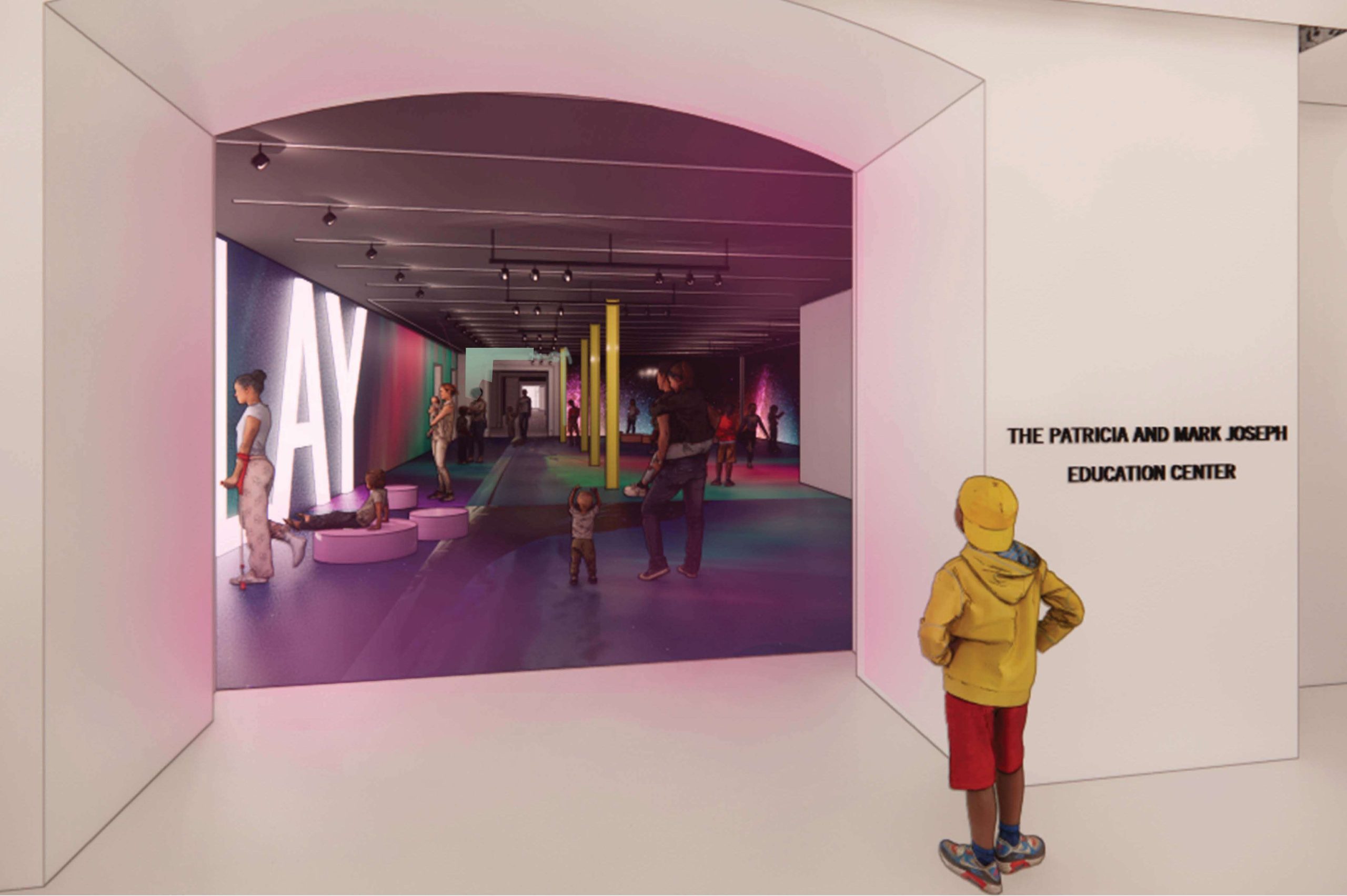 Three internationally-acclaimed artists will create “immersive experiences” for the public as part of a $2.5 million renovation planned by the Baltimore Museum of Art.

Directors announced this week that the museum is starting a major “renovation and reconceptualization” of its Joseph Education Center that will introduce more opportunities for “hands-on engagement” when it reopens in fall 2023.

A focal point of the renovation will be the creation of a larger interactive gallery within the education center that features new site-specific installations created by artists Derrick Adams, Mary Flanagan, and Pablo Helguera to encourage direct visitor engagement, especially among children.

Other elements of the renovation include the development and refurbishment of classrooms that expand available space for art-making and reimagining of the school tour entrance with an interactive “Wall of Wonder” leading to the 5,625-square-foot center.

The renovation is being supported by Baltimore philanthropists Patricia and Mark Joseph, who have been major donors to the museum for three decades. They established the center in 2015 with a $3 million gift and are now contributing $2.5 million toward its reconceptualization.

Located on the museum’s first level, the education center will close in mid-January so construction can begin and will reopen when work is complete in the fall. Several of its programs will continue in other parts of the museum. The museum’s popular Free Family Sundays drop-in artmaking program will begin a monthly schedule on Jan. 29.

According to the museum, the center’s transformation recognizes the evolving ways people learn, creates new opportunities to incorporate and use new technologies, and establishes more unified areas for intergenerational learning through “playful interactions that prompt surprise, socialization, creativity, and further artistic inquiry.” Quinn Evans is the project architect and Whiting Turner is the contractor.

“Enhancing the ways in which our visitors experience, learn about, and relate to art is of high priority,” said Asma Naeem, the museum’s interim co-director and Eddie C. and C. Sylvia Brown Chief Curator, in a statement.

“We are delighted to have the opportunity to expand the functionality and possibilities of the Joseph Education Center with artist interventions, new technologies, and environments dedicated to making for students of all ages. We are grateful to Patricia and Mark Joseph for their generosity and vision in helping us make the education center an even more vital and exciting space within the museum.”

Components of the renovation include:

Interactive Gallery: The architectural build-out of the Joseph Education Center will enlarge the footprint of the interactive gallery by 625 square feet, connecting it directly to the East Lobby, the museum’s primary entrance. The transformed gallery will create opportunities for visitors to engage with abstract concepts in tangible ways and support multiple learning styles, especially tactile learning. Hands-on exhibits created by artists Derrick Adams, Mary Flanagan, and Pablo Helguera will be primarily geared toward children, but the environment will allow for adults to engage in playful activities as well. These works will be on view for approximately three years.

Dry Media Classroom: This room will add a much-needed second classroom that will substantially expand the museum’s ability to host school groups and other tour groups and deepen its commitment to engaging visitors in artmaking. The room will also contain a space for evaluation, visitor response, and dialogue, allowing museum staffers to continue learning from and with visitors.

Wet Media Studio: The most flexible space for artmaking and one of the most popular areas of the first iteration of the Joseph Education Center, this classroom will be reconceptualized so that it can be programmed for lightly facilitated drop-in art experiences during regular museum hours.

Wall of Wonder and School Entrance: The Wall of Wonder is a key architectural element that will unify the center, physically and conceptually. It will house storage space for school tours, making the arrival for groups smoother and more welcoming. A display of monitors, touchable drawers, material samples, and other interactive elements will encourage visitors to consider how artists play and the materials with which they play.

Derrick Adams is a Baltimore-born, Brooklyn-based artist whose work spans painting, collage, sculpture, performance, video, and sound installations. His practice examines the ways in which people become attached to specific objects and ideologies, and it probes the influence of popular culture on the formation of self-image and the relationship between man and monument as they coexist and embody one another. His work also explores how African American experiences intersect with art history, American iconography, and consumerism.

Adams’ solo exhibitions include “Sweet Spot” at LGDR HK gallery in Hong Kong (2022); “Derrick Adams: LOOKS” at the Cleveland Museum of Art (2021); “Where I’m From — Derrick Adams” (2019) in the gallery at Baltimore’s City Hall; “Derrick Adams: Sanctuary” (2018) at the Museum of Arts and Design in New York; and “Derrick Adams: Transmission” (2018) at the Museum of Contemporary Art in Denver; as well as numerous group exhibitions. He received a Master of Fine Arts degree from Columbia University and Bachelor of Fine Arts degree from Pratt Institute. He is an alumnus of the Skowhegan School of Painting and Sculpture and Marie Walsh Sharpe Foundation’s Studio Program.

Mary Flanagan has a research-based practice that investigates and exploits the seams between technology, play, and human experience, exploring how data, computing practices, errors or glitches, and games reflect human psychology and the limitations of knowledge. Her design practice is informed by 20 years of game research conducted at her research laboratory, Tiltfactor.org. Her games are innovative yet accessible to a wide audience and focus on transformative experiences for players and narrative contexts that are inclusive, diverse, and fun.

Pablo Helguera is a Mexico-born, New York-based artist and educator whose socially engaged art and performance work focuses on topics ranging from history and pedagogy to sociolinguistics, ethnography, memory, and the absurd. His work, “The School of Panamerican Unrest” (2006), a nomadic think-tank that drove 20,000 miles from Anchorage, Alaska to Tierra del Fuego, is considered one of the most extensive public art projects on record.

Helguera has exhibited or performed at the Museo de Arte Reina Sofia, Madrid; Institute of Contemporary Art/Boston; RCA London; 8th Havana Biennial; Shedhalle, Zurich; MoMA P.S.1 and Brooklyn Museum, New York; IFA Galerie, Bonn; Tokyo Metropolitan Art Museum; and Ex-Teresa Espacio Alternativo in Mexico City; among others. Helguera’s work is also presented in lectures, museum display strategies, musical performances, and written fiction. He is currently Assistant Professor of Arts and Entrepreneurship at the College of Performing Arts at the New School in New York and previously served as Director of Adult and Academic Programs at the Museum of Modern Art, New York and Director of Public Programs at the Solomon R. Guggenheim Museum in New York.

Mark Joseph is founding chairman of The Shelter Group, which began developing multi-family housing in 1975. Before starting Shelter, Joseph was a member of the Community Legal Services law reform unit, serving as co-counsel in the U.S. Supreme Court case nullifying residence requirements for public assistance. He also chaired the Executive Committee of Gallagher, Evelius & Jones, LLP and taught at the University of Maryland Law School.

Mark Joseph’s past leadership roles in Baltimore City include serving as Deputy Housing Commissioner and Development Coordinator, heading the Baltimore City Board of School Commissioners, and chairing the board of Baltimore’s Public Health Hospital. He is also a founder and lead donor of the Baltimore School for the Arts and has served on the boards of the Greater Baltimore Committee, Walters Art Museum, Associated Jewish Charities, and Board of Visitors of The University of Maryland Law School. A graduate of Brown University and the Harvard Law School, he wrote the law creating the Maryland Community Development Administration.

Patricia Joseph is the current chair of the Shelter Foundation. She has served on the BMA’s Board of Trustees and numerous committees, including the Executive Committee, for many years, and was a museum docent for 10 years. Before her retirement, she was a faculty member, a division chair, and a dean at Stevenson University.

Patricia Joseph also served as special assistant to the Provost at UMBC and later was a member of the university’s Board of Visitors. She is past chair of the Board of Trustees of the Baltimore School for the Arts, where she remains active as a board member. She has an undergraduate degree from Elmira College and a Master of Liberal Arts degree from the Johns Hopkins University.

“Patricia and I are pleased to support the new experiences and technologies which will be unveiled next fall,” Mark Joseph said in a statement. “We look forward to school students and visitors of all ages experiencing the new center.” 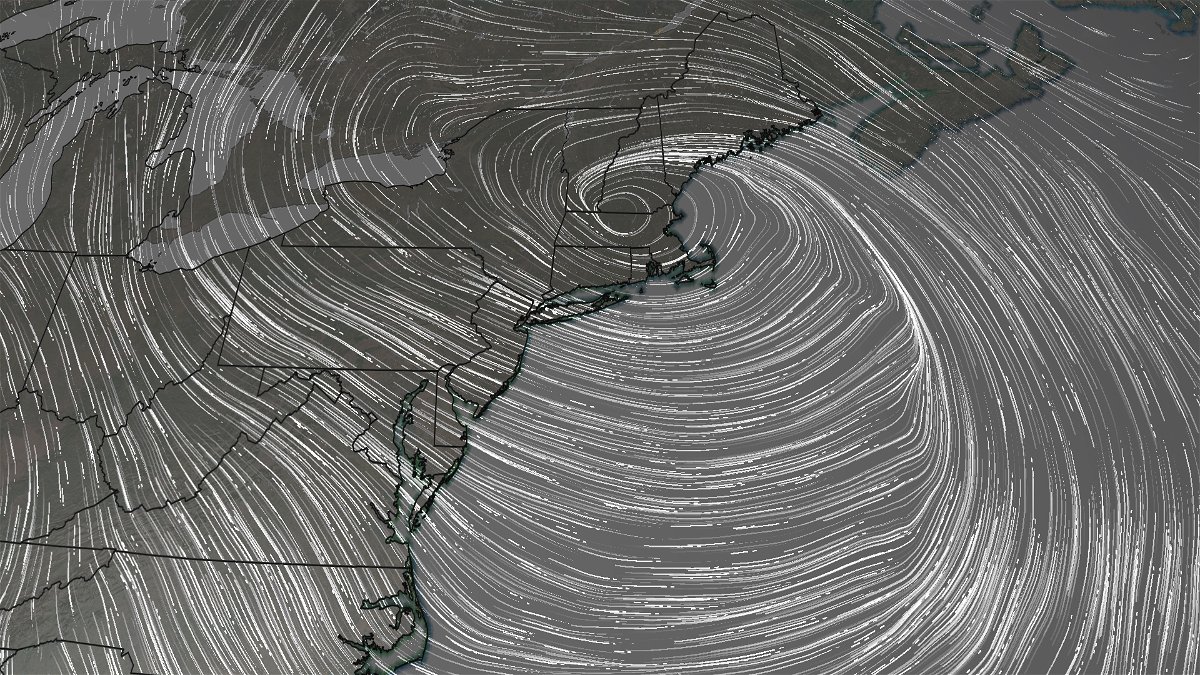