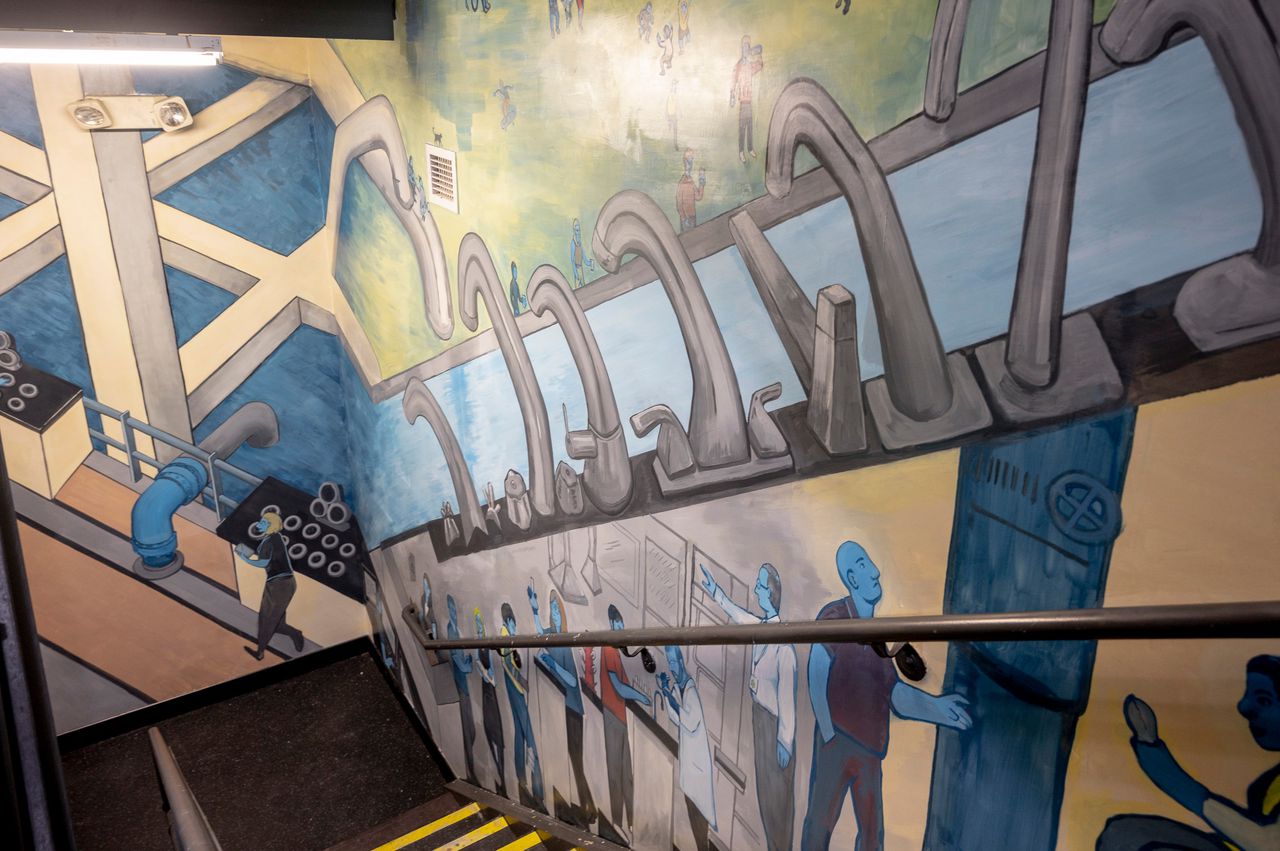 The colorful mural that now adorns the walls of a stairwell inside the plant is the work of international artist Alonso Bravo and assistant Diego Goeury. Both from Mexico, they traveled to Ann Arbor to spend weeks painting it in September.

Water is the protagonist of the mural, a fundamental element for life, Bravo stated in an Instagram post showing a video tour of the artwork, which he said represents a month of work.

It’s described as a representation of nature and the way water is the most important element for the world to prosper. It depicts a flowing Huron River, where Ann Arbor draws its drinking water, leading to the water plant, pipes, faucets and people.

The artists were featured as “Water Champions” in a recent city newsletter, which said inspiration for the artists’ work comes from the late Mexican painter Diego Rivera.

“Alonso and Diego found out the city was seeking a muralist from an Ann Arbor resident who was visiting Mexico and passed by a mural they were painting,” it states. “Their application was accepted after a competitive review process by representatives from the Art Commission and city staff. Alonso explained water is life, as shown in his artwork by the people, animals and natural environment at the top of the mural.”

Members of the public can see the mural by taking a tour of the water plant.

MORE FROM THE ANN ARBOR NEWS: