In its submission to the Telecom Regulatory Authority of India (Trai), Reliance Jio has said there are vast opportunities for deploying AI to improve network performance, overall QoS, spectrum management, security and customer services in the telecom sector.

In their submissions, Bharti Airtel and Vodafone Idea (Vi), though, said it’s too early to even predict if AI and BD can drive internal efficiency and lead to optimisation of telco networks as both technologies remain at a nascent stage.

Operators have also taken conflicting positions on the need to create common AI terminology standards before leveraging the new age technology in the telecom industry.

“AI with advanced analytics already plays a significant role globally in reducing network capex and the poor QoE (quality of experience) for VoLTE subscribers; it also predicts hardware failures prior to customer impact and its adoption has improved network reliability and customer experience, even optimised cost of operations,” Jio said in its submission.

Airtel, though, said that while it uses AI tools for network planning to discover rural locations for new site development and analysis of satellite images, it’s too early to conclude if AI or BD can solve problems or optimise situations for telcos.

“Systems evolve over a period of time and then stabilise, and only then can one think of them as standard operating procedure, but we are still very far off from that when it comes to AI and BD technologies that are still so nascent,” Airtel said in its submission, a view backed by Vi.

Separately, Jio has urged Trai to back the development of uniform, responsible and trustworthy AI terms/definitions by a non-statutory, expert multi-stakeholder body (MSB). It believes such a regulatory approach will pave the way for a responsible AI environment that will instil trust among users in India.

Airtel and Vi rejected the suggestion, saying any such regulatory intervention would only stifle the country’s IT capabilities and development of innovative AI technologies.

“There’s a need to balance ethical considerations of AI with need for innovation, which can be achieved through evolution of a responsible AI environment driven by principles that should be developed by a non-statutory expert MSB having varied representation,” Jio said.

It added that responsible and uniform AI standards must be built around the principles of safety, reliability, robustness, non-discrimination, equality, inclusivity, privacy, security transparency and explainability.

Airtel countered, saying Trai’s focus must be on ways to leverage AI in the telecom sector rather than defining them and limiting their scope. “There is absolutely no need to standardise AI terminologies as it won’t lead to any beneficial output, given the nascent stage of AI development in India,” the Sunil Mittal-led telco said in its submission to Trai.

It added that IT capabilities and technologies work best in absence of regulatory intervention.

Vi backed Airtel’s views, saying there must be a clear objective/outcome for any standardisation, and as of now there is no requirement. “Any review of this requirement can be conducted (by Trai) at a later stage once the (AI) market is developed enough.”

The country’s top carriers have also differed on whether 5G technologies will help accelerate adoption of AI in India.

Jio believes AI and 5G will work synergistically. It said 5G will drive development of IoT services by connecting massive devices, and these inter-connected devices, in turn, would generate large hunks of data to be used for training and modelling AI.

Airtel and Vi, in contrast, said it would be difficult to predict whether 5G would boost AI adoption levels before getting a fix on how organisations and individual users are likely to tap the next-gen wireless broadband technology, especially how enterprises use it to create new use cases. 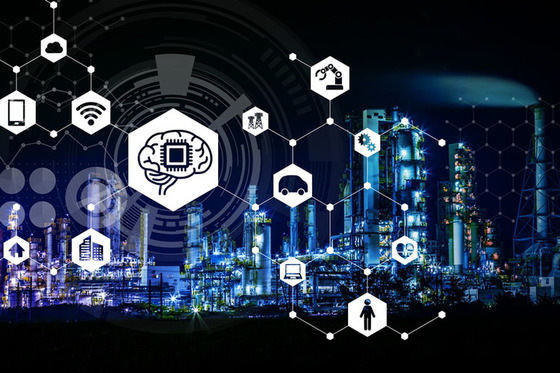