Artificial intelligence promises a revolution in the way we work, and already there is a growing number of software solutions marketed to accountants touting its use. Almost daily, it seems, companies announce new AI products or capabilities for a wide range of applications, from tax management to risk analysis to business intelligence and more.

Yet the degree of attention received by these ostensibly AI-powered solutions over the years has led some observers in the accounting technology arena to wonder just how smart these products are, concerned there is more hype than sense in this area.

This is especially the case when contrasting the current suite of products out there with what people generally imagine when they think of AI: machines that think and reason as we do, something that even computer scientists have yet to crack, let alone commercial software developers.

Peter Scavuzzo, CEO of Marcum Technology, said there might be something like this in the future — noting that the building blocks for this sort of thing, like natural language processing and machine learning, are becoming more common — but he was skeptical of claims that we can get such things here in the present.

Wesley Hartman, founder of automation solutions company Automata and director of technology for accounting firm Kirsch Kohn & Bridge, raised a similar point, saying that a lot of people look at these programs like some sort of “magic box,” where data goes in, something happens, they’re not sure what, and new data comes out. However, he said, this is part of the overall problematic public discourse around the topic of artificial intelligence, which has served to muddy the waters on this issue.

“Popular media has been talking about AI for years, from back in the 1970s and when ‘Terminator’ came out all the way to more recent movies in the last decade. So we already have a lot of preconceived notions on what AI can do, and while it is making progress in that direction, at the same time, from an accounting perspective, from someone who is trying to prepare tax returns, it’s just not there yet,” he said.

He noted, for instance, that humans are still reviewing the work that programs put out, even at highly automated firms. At the end of the day, said Hartman, we’re still living in a world where humans need to make sure Box 1 on the Form K-1 matches what was put into the software.

Kacee Johnson, vice president of strategy and innovation at CPA.com, made this same observation, and noted that even among companies that talk at length about their use of AI, there remains significant human intervention, whether they’re actually doing the work the AI cannot or simply verifying information.

“A lot of these organizations marketing AI solutions, they’re actually employing humans to do a lot of work on the back end … I think it just needs to be more clear in their marketing how accurate the technology is versus the layer of human work being done on top of it,” she said.

Kim Austin, director of global strategic accounting partnerships for Avalara, didn’t necessarily dispute the use of the term AI but said people are expecting too much from it at this level of development.

“It’s the AI with some sort of promise of it being like a self-driving car, this neat automated magic solution with no need for human interaction, and in reality AI is a very powerful tool but it’s more like cruise control than a self-driving car,” she said, adding that people are still working on fully understanding automation in general. “There is still not enough understanding about any type of technology that automates manual processes. There’s still concerns over costs and why would we implement something we can do ourselves, and so I think there’s still things to be done when it comes to really getting the profession to understand that if you can save time and automate something with a tool and technology, you should.”

None of this is to say that the current solutions available aren’t helpful. They are — immensely so, in some cases. Further, few to none in the market claim to have actually developed general AI that can handle everything with no human intervention. Still, Marcum’s Scavuzzo said it’s best for people today to think less in terms of artificial intelligence and more in terms of augmented intelligence: programs that help humans come to better decisions. Without even mentioning AI, these things can be quite impressive on their own.

“I think the right way to place it is providing humans with information and augmenting their ability to come to decisions quickly. That’s not AI, [but] there’s a bunch of tools in the market that use [robotic process automation], machine learning and data analytics, which provide an augmented intelligence. But I don’t think that concept gets the right sort of view, or the right emphasis in the way it should,” he said.

Automata’s Hartman, though, said the horse may already be out of the barn. While these things might not be AI on a technical level, when it comes to how people view and talk about AI, it may not matter.

“I think the term has generally been absconded with. No matter what we call it, there will probably be people who call it AI to try to attract people,” he said. “I don’t want to say they haven’t done it because I’m not looking under the hood of companies claiming to use AI. They may have something going on and, if they can figure it out, great, but if they haven’t, maybe [their program] is just a bunch of filters.”

This story is part of the second season of the Accounting Today series called “The Frontier,” where we explore the cutting edge of accounting technology through conversations with thought leaders across the country, who will share with us their observations, hopes, concerns and even a few predictions here and there.

See the rest of the series here. 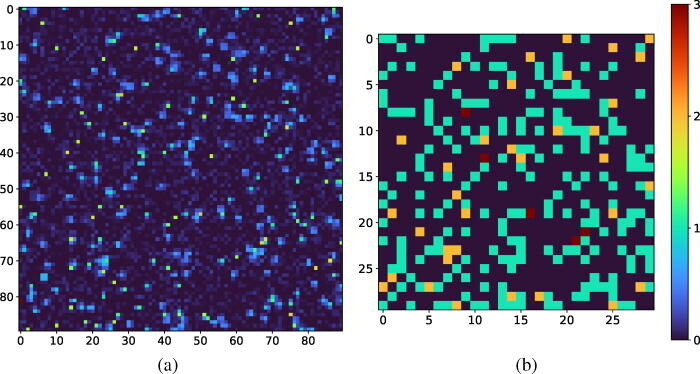