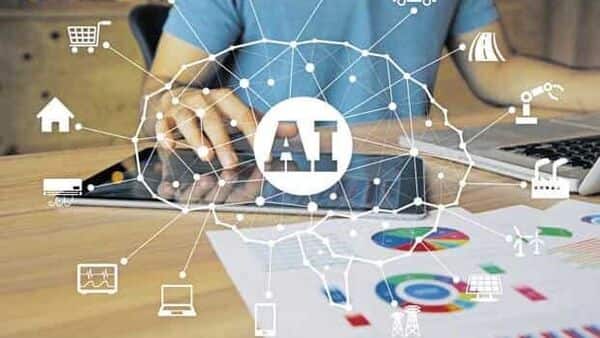 In an earlier article I wondered whether a computer would ever be able to write an article that was so good that it would be difficult to tell it apart from a human-written article. That time might have already come.

In 2020 The Guardian published an article that had been written by AI. It was about the increasing use of AI in journalism, and how it is changing the landscape of the industry. It discussed how AI is being used to generate news stories, and how it is being used to help reporters with their work. It was so natural that it was hard to believe that it was written by a software called GPT-3 developed by OpenAI, a research company.

The Guardian isn’t the only news organization using algorithms to write articles. The Associated Press has been using an algorithm to write short articles about company earnings reports for the past few years. In 2015, Forbes started using an algorithm to write short articles about public companies. That said, some news organizations are hesitant to use algorithms to write articles because they worry that the articles will lack the human touch that readers crave. But as algorithms become more sophisticated, that is unlikely to be a problem for much longer.

Journalists have always relied on their own skills and knowledge to produce articles but with the advent of artificial intelligence, journalists will need to up their game in order to stay relevant in the future. Some believe that this will lead to the demise of journalism as we know it. Others argue that it will lead to a more efficient and effective form of journalism.

If artificial intelligence can have such an impact on journalism can you imagine what it will do to professions like law. In some areas the impact of artificial intelligence is already being felt. For example, law firms already use AI to help with the discovery process in litigation, and to automate the drafting of simple documents like contracts. In the future, AI may be used to help with more complex tasks, such as analysing large amounts of data to predict the outcome of a case, or providing expert advice on specific legal issues.

That said, there is a lot of talk about the potential of artificial intelligence to transform the practice of law. One of the most promising applications is to use it to analyse large amounts of data and identify patterns that human lawyers might not be able to see. For example, if a lawyer is trying to determine whether a client is likely to default on a loan, AI could help to identify patterns in the client’s behaviour that may indicate that they are at risk of defaulting.

Another potential benefit of AI is that it could help lawyers to improve their communication with clients by helping lawyers to understand the emotions and intentions of their clients. For example, if a lawyer is trying to persuade a client to accept a settlement offer, AI could help to identify the client’s emotional state to see whether they are likely to be receptive to the offer. This information could then be used to help the lawyer to tailor their communication appropriately.

In the end, AI is a tool and can never replace humans. What it can do is make us more efficient. Isn’t that what we all want?

If you have read till here, and remain sceptical of what AI can do, what would you say if I told you that, barring some light editing for context and continuity, everything in this article right up to the preceding paragraph was generated by an AI-based writing software? Other than a few prompts I provided to nudge the article in different directions, every single idea, all the research and even the manner in which it was presented was generated out of OpenAI’s GPT-3 algorithm.

If all this seems impressive, we are just scratching at the surface of what AI can achieve. Even in the few short hours it took me to produce this piece, I could see myself getting better at making the software do exactly what I wanted it to. With practice, I have no doubt that we (the software and I) will produce content that is indistinguishable from anything I could have come up with on my own. And in a fraction of the time.

At the same time, we must recognize the current generations of technologies for what they are—tools that will help us be more efficient at what we do. As good as they are, these AI algorithms are still no substitute for human intelligence and creativity.

Rahul Matthan is a partner at Trilegal and also has a podcast by the name Ex Machina. His Twitter handle is @matthan