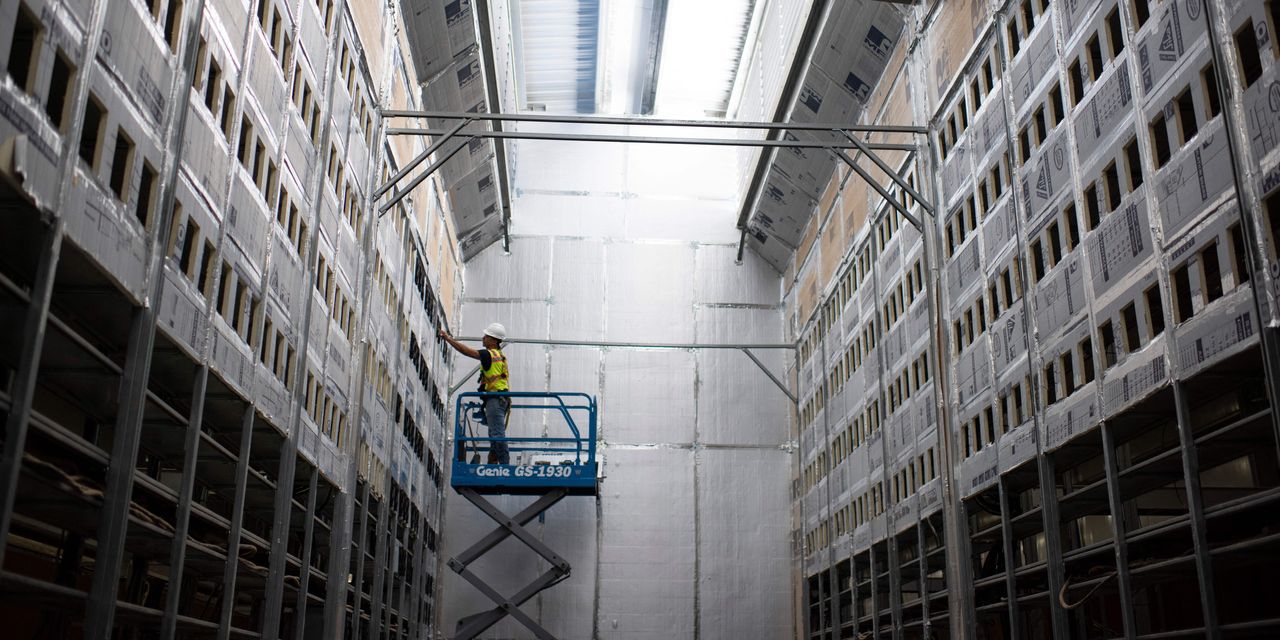 A crash in crypto prices and elevated energy costs are heaping pressure on Bitcoin miners, and at least one miner is looking to offset risk by turning to the derivatives market.

(ticker: ARB.U.K.) said in a statement last week that it has been using derivatives to limit downside risk since the fourth quarter of 2021, and that it hired a full-time derivatives trader in June “to augment its in-house capabilities within risk and treasury management.”

Bitcoin miners draw on vast amounts of energy to “mine” crypto—keeping blockchain transactions secure and running smoothly. In turn, they are rewarded with tokens.

When prices are high, it can be a highly lucrative business, but a recent drawdown in Bitcoin prices coupled with soaring energy costs have put business models under pressure.

This environment has also pushed miners to sell most or all of the Bitcoin they mine, instead of hoarding it, to cover operating costs—adding sell pressure to a downward market.

“We believe the Company is well positioned to navigate the current market conditions and further increase our efficiencies,” Peter Wall, Argo’s CEO, said in a statement.

Bitcoin has lost more than two-thirds of its value since hitting an all-time high near $69,000 in November 2021, trading around $20,500 on Monday and recently capping its worst quarter since 2011—a year in which it first cracked $1.

Much of the decline in digital asset prices is linked to a correlation with stocks and widespread fears among investors about the risk of a recession.

Cracks in crypto itself—including the meltdown of stablecoin Terra, breakdowns at lenders including Celsius and

“Bitcoin miners might be next on the chopping block,” wrote Marcus Sotiriou, an analyst at digital asset broker GlobalBlock, citing market turmoil and elevated energy costs. “Crypto miners have been selling Bitcoin, due to their revenues slumping along with the bear market.”

Crypto derivatives may be one way for miners to protect themselves.

Trading in derivatives—like futures or options—based on digital tokens represents the majority of all crypto trading by volume, with $3.2 trillion in derivatives traded on exchanges in May, according to data firm CryptoCompare. That compares to $2 trillion in trading volumes for tokens themselves, like

Futures allow traders to bet on the future price of Bitcoin—either on an ongoing basis through products called perpetual swaps or on a fixed term, such as six-month forward contracts. Options give traders the right to buy with a “call” option, or sell with a “put,” a digital asset at an agreed upon price.

As an asset class, derivatives—including some crypto derivatives like

-traded Bitcoin futures—are regulated by the Commodity Futures Trading Commission (CFTC), which hints at their foundational role in commodity markets.

“The vast majority of these products are being used for speculation,” according to Stephane Ouellette, the CEO of crypto derivatives broker

And there have been few incentives, until the recent market rout, for Bitcoin miners to hedge their exposure.

The price of the largest crypto had climbed relentlessly higher since the last crash in late 2017, and miners made paper billions by holding the token on their balance sheet. But risk management may be changing in the industry, which has undergone rapid change in the span of a few years.

“We’d be foolish not to be looking into hedging and derivatives,” Wall told Barron’s in an interview in April. “I think as this industry gets more and more mature, you’re going to see more and more hedging.”

Wall said that Argo had used derivatives such as put and call options at times over the past few years, but that it was mostly “dabbling.” He added that the hire of a top executive from the world of traditional finance was a catalyst for doing more.

“It’s the way this industry has to go,” Wall said. “It’s going to become more and more financially sophisticated.”

Write to Jack Denton at jack.denton@dowjones.com