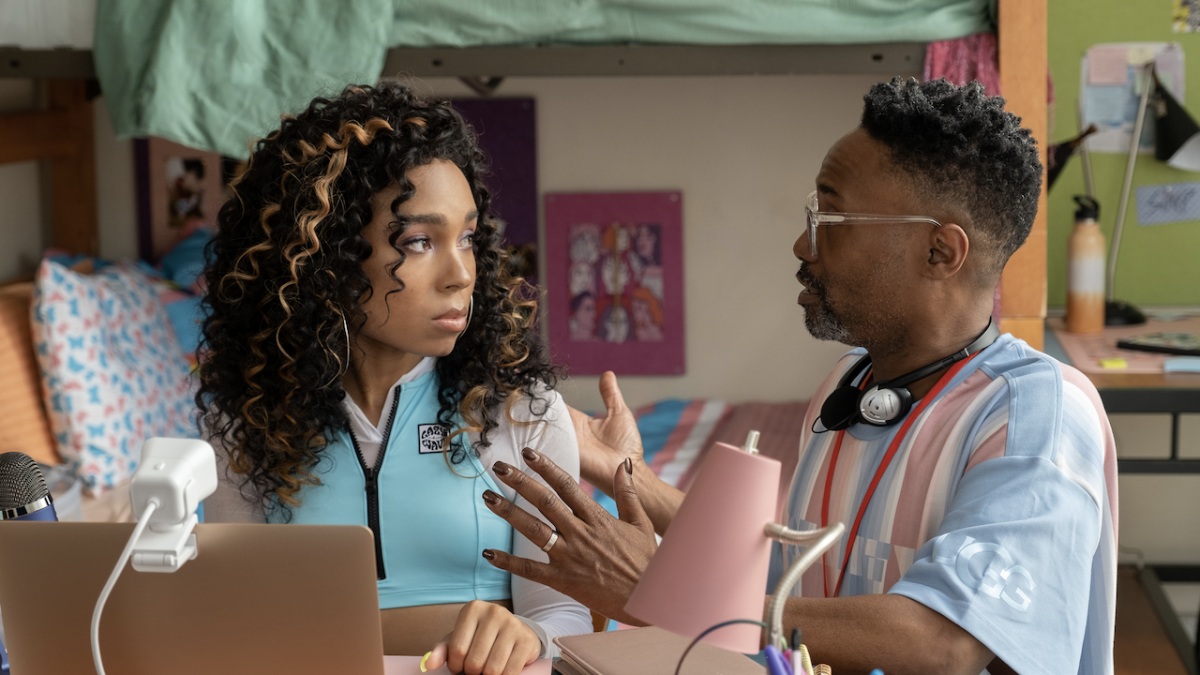 Billy Porter has had a long and celebrated career in stage and film, having won both a Tony for his work in Kinky Boots and an Emmy for playing Pray Tell in FX’s groundbreaking drama Pose. Now Porter is adding another category in his extensive resume: director. He made his filmmaking debut with the new romantic comedy Anything’s Possible, and recently spoke to CinemaBlend about bringing social media to life on screen for the trans love story.

Anything’s Possible (opens in new tab) is a sweet new romantic comedy surrounding a transgender teenager Kelsa (Eva Reign), as she navigates friendships and young love. And as is the case for many young people, much of her communication is done online via texting. What’s more, Kelsa also has a YouTube channel where she shares her experience as a trans woman, forming an online community in the process. As you can see in the video above, I had the privilege of speaking with Billy Porter about his work on the film ahead of its release on Amazon. I asked Porter about the process of bringing the characters’ online life to the screen, and he told me:

There you have it.While Anything’s Possible is set very much in the real world, movie magic occurs courtesy of the characters’ online presence. On top of texting, protagonist Kelsa expresses herself through videos on YouTube. Meanwhile, leading man Khal (Abubakr Ali) uses Reddit to help him work through his feelings. Clearly bringing this to life was a specific endeavor for Billy Porter and the movie’s cast/crew.

On top of giving energy to certain scenes, focusing on Kelsa’s online presence allows the audience of Anything’s Possible to get an intimate view into her perspective, and her experience as a trans woman of color navigating high school. And as such, we’re instantly able to empathize with the movie’s protagonist during the ups and downs of her life. Although the movie is truly about Black, trans joy at its heart.

The conversation surrounding onscreen representation has been happening for years, and it certainly seems like 2022 is a good year in regards to telling authentic queer stories. In addition to Anything’s Possible, we recently got the release of Fire Island on Hulu. Blumhouse’s upcoming horror movie They/Them will feature a ton of queer talent, and Billy Eichner’s Bros features a cast full of LGBTQ+ folks.

Billy Porter’s Anything’s Possible is streaming now on Amazon. Be sure to check out the 2022 movie release dates to plan your next movie experience.