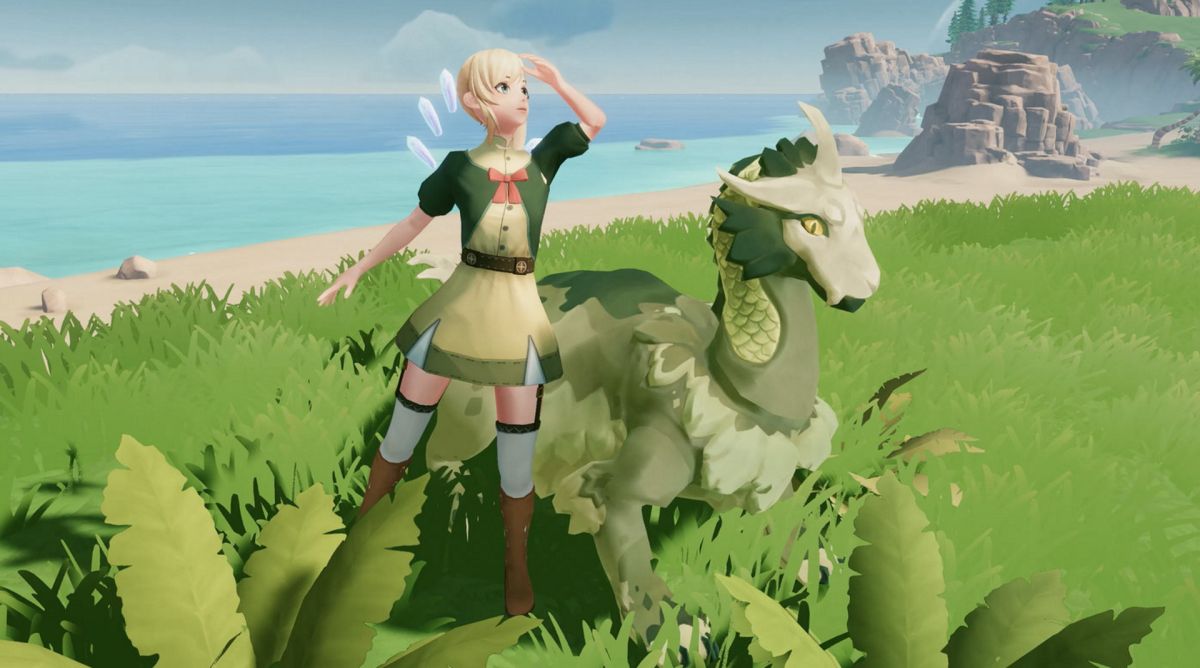 Untamed Isles (opens in new tab), a “monster-taming turn-based MMORPG” that found major success on Kickstarter, has been put “on hiatus” because of the crypto crash (opens in new tab)—Kickstarter backers are being told that there’s no money left for refunds.

The 2021 Kickstarter campaign (opens in new tab) for Untamed Isles rang up a remarkable $527,000 in backing—more than four times its initial goal. It promised a fully open world with “unique areas for friends to gather, practice PVP, trade, breed monsters, clear dungeons, and play through the story of untamed isles socially with open voice proximity communications.”

It also boasted a “play to earn” model in partnership with Direwolf, which would enable most of the items and all of the monsters in the game to be “tokenized” and bought, sold, or traded in various marketplaces or the in-game auction house. Unfortunately, the commitment to crypto is where it all went wrong.

“To work on this project we brought more than 70 staff members on board and we were working relentlessly for more than 2 years to build the game we all were dreaming about,” developer Phat Loot Studios wrote on Steam (opens in new tab). “The truth is that the cost of development is high and there were lots of bumps on our way to this moment. Since we started the journey in 2020, the economic landscape has changed dramatically both generally and specifically for cryptocurrency, and we are not confident in the current market. We ran out of financial resources and we can’t carry on the development at this moment.”

Phat Loot said it “leaned into the crypto market and expanded rapidly off the back of the positive interest,” which left it in an untenable position when the crash came. Untamed Isles is not primarily a crypto-based game, it added, but funding from crypto investors is necessary to get the game finished and launched.

“Unlike many of the projects that have floundered in the storm, we actually have a great game design that could stand on its own two feet,” the studio said. “But until the crypto situation is resolved—and we’re confident it will be at some stage—then we have to hibernate development on this project.”

The “crypto situation” is an understated description of the market collapse that has sunk cryptocurrencies to their lowest values in years. External factors ranging from general global economic malaise to the Russian invasion of Ukraine have had an impact, but the bigger issue is the inherently risky and unstable nature of cryptocurrency. Millions of dollars have been lost in hacks that, as we said following the $200 million Nomad heist (opens in new tab) in July, are starting to feel like weekly events. Even when criminality isn’t involved, the basic ethics of crypto are iffy at best: Last week, for instance, Riot Blockchain (unrelated to League of Legends studio Riot Games, for the record) was able to mine $7 million in Bitcoin effectively for free by taking advantage of state subsidies in Texas, despite the fact that Texas is in the midst of an ongoing energy crisis.

There’s also a growing backlash against cryptocurrencies and NFTs among wider audiences: Free-to-play autobattler Storybook Brawl was review-bombed (opens in new tab) in March after the developer was bought by a cryptocurrency exchange, and in May Wikipedia announced that it will no longer accept cryptocurrency donations.

Phat Loot explained in a livestream (opens in new tab) last week that things started to go sideways when MMOByte posted a video in July apologizing for supporting Untamed Isles and disavowing crypto games in general: Host Stix said in the video that he is “very strongly against those specific types of games.”

Another blow was suffered when 2016 Pokemon World Champion Wolfe Glick, who had been hired to help design the Untamed Isles combat system, appeared to speak out against the NFT aspect on Twitter.

Originally the game intended to implement NFTs, but after I spoke with the team (and some external factors) they decided to move away from it. There are no crypto or NFT features implemented into the game itself – the only remnant is an (optional) external marketplaceAugust 5, 2022

Phat Loot said those events triggered a cascade effect that caused other mainstream media companies to cancel planned coverage; influencers who had been lined up to push the game also started to pull out. Pre-sales fell well short of anticipated levels—just 50 presales were made, rather than the hoped-for 2,000-3,000.

The more significant long-term issue, though, was the impact of the crypto crash.

“We had some fantastic investors lined up to inject several more million dollars into the project through a variety of equity raising and selling of the Phat Loot Token which we were working on in the background,” the studio said during the stream. “It was all going really really well. Then the crypto crash occurred and we lost that funding very very quickly. The investors pulled out as they watched the market crashing—and to be fair, they’re right to do so because these are very uncertain times in the global economy.”

Phat Loot had decided to launch Untamed Isles in a more bare-bones state in October, ahead of its original schedule, in order to get it out (and start generating revenue) as soon as possible. But the studio was burning through “close to NZ$100,000 ($62,700) per week” in wages and costs, and developers realized that they were “likely not going to be able to make the revenue from our launch to keep the lights on.”

Unfortunately, while investors were able to dodge the bullet and people who pre-purchased the game and Phat Loot Tokens will be given refunds, individual backers on Kickstarter and Backerkit are out of luck. The Kickstarter campaign promised that full refunds would be issued to all backers if Untamed Isles failed to launch—and numerous backers have asked for one—but an FAQ at untamedisles.com (opens in new tab) says that refunds will not be available because, well, there’s no money.

That’s gone over about as well as you might expect (which is to say, not well at all) and there’s also quite a few backers upset that the project was based on cryptocurrency in the first place.

“Why on earth would you invest in cryptocurrency?” one backer wrote (opens in new tab). “It’s fake money! It’s all a scam! If I knew that was where you were leaning, I never would have joined. If refunds are happening, I want mine please. Ye gods, when will people realize crypto is a huge scam?”

“Refund ta. Didn’t back this for my money to be involved with crypto,” another wrote.

That confusion about Untamed Isle’s reliance on cryptocurrency apparently arose from the fact that no mention is made of it until more than halfway through the Kickstarter campaign description—it’s there, but minimized. Kickstarter backers aren’t the only ones who complained about that lack of transparency. Stix of MMOByte made the same complaint in his video, saying that he wasn’t aware of the crypto integration because “it isn’t until you scroll about 60% down the page that they even mention ‘play to earn.'”

The presence of the game on Steam (opens in new tab) may also contribute to the confusion, because Valve banned all games incorporating NFTs or cryptocurrency (opens in new tab) from Steam last year. Its presence could be explained by the fact that the Steam listing makes absolutely no mention of the cryptocurrency integration: Hiding that aspect of the game doesn’t seem great for its long-term future on the storefront, but gamers coming to the project through Steam would be given no indication of the presence of cryptocurrency integration.

In a statement released today (opens in new tab), Phat Loot said that it did not invest money raised through crowdfunding and “traditional investment” into cryptocurrencies, but that it was forced to stop development because of the withdrawal of investors spooked by the crypto crash and “the negative sentiment associated with web3-integrated games.” But to my thinking, that opens the door to questions about the timing of the announcement: We wrote about the cryptocurrency market “experiencing an unprecedented crash” back in May (opens in new tab), yet Phat Loot launched the preorder campaign (opens in new tab) on August 1, just ten days before putting it all on hold, providing no indication that the game was in trouble.

Phat Loot founders said they are now “looking at ways to salvage both the core studio and the game so that it can be completed and released down the track along with other possible titles.” There’s no sign of when that might happen, however: The studio said in its most recent livestream that conventional publishers are put off by the crypto, while crypto investors aren’t doing anything because of the crumbled state of the market.

Interestingly, Phat Loot said that it likely could have raised enough money to get Untamed Isles to launch—the problem is what happens after that. “We can’t get the traction or following through marketing and there’s no revenue in crypto right now,” the team said. “How much money can you raise until you launch the game and it ends up burning a hole in our team, and we lose it?”

I’ve reached out to Phat Loot for more information on the state of Untamed Isles, and will update if I receive a reply. 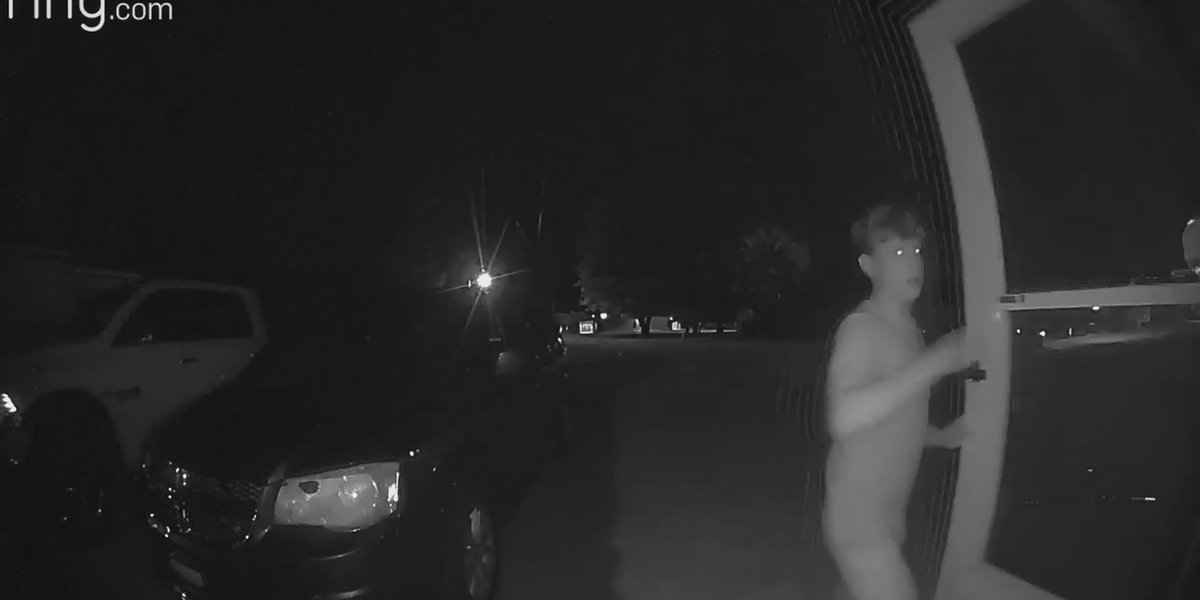