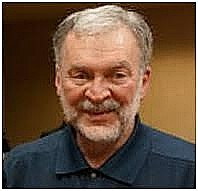 Editor’s note: This is the first in a five-part series.

This series of articles examines the social media vendors that are contributing to the undermining, falsifying and distorting of information on the Internet. This information is being exchanged among millions of users throughout the world. These vendors usually do not create this information, but it flows through their systems.

Information in newspapers and other media may be of high quality (accurate) or low quality (inaccurate). Regarding my local paper, I’ve the opinion the Coeur d’Alene Press journalists write high-quality material, although I may disagree with their opinions on issues. Because their columns are read by many people, they do not get a free pass on being inaccurate or deceitful. Some readers support their contentions, but others do not and can challenge the views of The Press, which appear frequently in the letters to the editor section of the paper.

Hard-copy newspapers, magazines, and books are one-to-one models. A publisher, such as The Press, must send a copy to each person who pays for the publication. This model is very expensive to sustain, much less make a profit.

In the past, mass media output, especially newspapers, magazines and books, were subject to the eyes of readers and other critics who kept a watch on their contents. Today, these information media still have some of this kind of review, but not as much as earlier times.

Why has this model changed? Because much of this printed material is now electronically digitized and therefore subject to the high speeds of modern computers and computer-based networks. Paper-based media have difficulty in “keeping up” with electronic competitors that operate at the speed of light, and — with one copy — can send millions of copies to users via the cyberworld’s electronic broadcast capabilities.

Notwithstanding this capacity and speed, why should these technology improvements militate against the continued practice of publishing high-quality news and other information? The answer is simple: These responsible information outlets are being overwhelmed by millions of people who need only a PC or smartphone and an account with an Internet or cellular service provider to become their own journalist, their own publisher.

This new breed of writer-publisher usually has no training in or experience with responsible journalism, but that person often makes up for this deficiency with a very large axe to grind.

It has become clear that a huge number of individuals in the world’s societies do not care if the information they place on the Internet is of high quality. Their main concerns are: Does that information fit with that person’s outlook on life? Does it mesh with the person’s ideology? Can it gain recognition for the person?

As discussed in a later segment in this series, this situation is made more dangerous because the networking capability of the cyberworld allows a malcontent to form ties with other likeminded malcontents, which is resulting in a proliferation of misinformed, often angry groups of citizens.

Thus, the capabilities of the modern-day cyberworld enable almost anyone, competent or not, knowledgeable or not, biased or not, to become their own source of information; to make their views known to millions of people by just owning a PC or smartphone and having an online account.

In our modern cyberworld, reviews for high-quality content are difficult to achieve because of the volume of information and the speed in which it is created and transported to millions of people. Humans have always been challenged to evaluate the quality of information they receive from others. The Internet and smart phones are making these assessments much more difficult.

Today, thousands of self-published blogs, websites and podcasts are usually not subjected to any meaningful review for their quality. The amount of the traffic that would have to be reviewed — proofread, if you will — is staggering. For example, Facebook alone processes 50 trillion bytes (characters) a day — equivalent to just over 1 billion copies of this article.

The age-old fantasy of “Everyone wants to be a writer,” is just that: antiquated and out-of-date. Today, with personally owned and privately operated websites, blogs and podcasts, anyone — the knowledgeable as well as the ignorant — can be a writer, a journalist.

The result? We are increasingly receiving, via social media, information of very poor quality, much of it outright false. It undergoes little or no review for its accuracy. Because it arrives through the electronic, digital world — the cyberworld — far too many people think it has the quality of the traditional printed word of the newspaper, the “old fashioned” way of keeping us informed.

That old way is still proving to be the best approach, the most accurate practice, to keep American citizens abreast and cognizant of the goings-on in our society. But as we will shall see in this series, that way is under threat from many Internet-based social media users who have an axe to grind, who present their grievances with the misrepresentation of facts, often with falsehoods. Their ill-founded protests are preventing Americans from being properly informed.

A society composed of misinformed citizens is impossible to sustain. Sooner or later, it will crumble into a chaotic cacophony of ignorant conflict-ridden factions. Time and again, our history books record this recurring deadly human intramural.

During his career, Uyless Black consulted and lectured in 16 countries on computer networks and the architecture of the internet. He lives in Coeur d’Alene with his wife, Holly, and their ferocious three-pound watchdog, Bitzi.